A Carnival for Anglophiles: A Review of The Liar by Stephen Fry “I can fool all of the people all of the time.” A bold statement thought by a bold character, Stephen Fry’s protagonist Adrian Healey quickly sets the tone of Fry’s fast-paced, wit-filled dramedy  The Liar, asking that we at least keep up with his mischief, if not one step ahead.

The Liar‘s early chapters are not in a strict chronological order, but instead weave together episodes from three periods of Adrian’s life. As a public school student, Adrian cultivates a carefully constructed persona of a young, witty and gregarious gay man. Here readers will polarize: when classmate “Pigs” Trotter, a less popular student, commits suicide over his unrequited love, Adrian’s reaction can be interpreted as either terribly human or savagely self-centered. The suicide certainly paints Adrian’s own secret love for the seraphic Hugo Cartwright as the love of a self-indulgent twit. Readers will enjoy Adrian’s refreshing honesty and live through his sense of self-entitlement or be put off.

Later, Adrian, the liar, a cheat when opportunity provides, and now a delightfully suave charmer of boys and girls alike, finds his match at Cambridge in his senior tutor, the ebullient Professor Donald Trefusis who, bored with Adrian’s plagiarism, tasks him to create “a piece of work that contains even the seed of novelty, the ghost of a shred of scintilla of a germ of a suspicion of an iota of a shadow of a particle of something interesting and provoking, something that will amuse and astonish”. If Adrian can turn in one original idea, Trefusis will let Adrian off the hook for any further work. A challenge he can’t resist, Adrian ropes in his nearest and dearest, much like his escapades at private school, to complete his scheme. While their mentor/mentee relationship with its transgenerational bromance is a bit cliché, what unfolds is is an amusing and fortuitous tale in which Adrian presents his thesis of sorts and Trefusis grooms his protégé.

Lastly is Adrian’s time spent as a spy during Trefusis’s fake sabbatical to study the fricative shift in the English language. Told first as interspersed espionage bits in italics by a third-person omniscient narrator, the unidentified spy characters refer to each other in code names from the story of Helen of Troy, we are then in later chapters immersed in the intrigue. Many will find their banter delightfully comical; others will find them long-winded, as it’s clear they enjoy hearing themselves talk:

‘…am I so different from anyone else?…Doesn’t everyone just rearrange patterns? Ideas can’t be created or destroyed, surely.’

‘Yes!’ Trefusis clapped his hands with delight. ‘You are a liar. Yes, yes yes! But who else knows that they are doing that and nothing else? You know, you have always known. That is why you are a liar. Others try their best, when they speak they mean it. You never mean it.’

Each chapter weaves together a series of lies and truths which leave the reader guessing what is true and what is orchestrated until the pieces are slowly pulled loose. Are Adrian’s tastes really so catholic? Who murdered the Hungarian violinist? (And why was Adrian a witness?) What disentangles is a plot ripe with murder, intrigue, rivalry—all manhandled by a pot of unreliable narrators.

Fry’s first novel, but certainly not his first run at comedy, The Liar is worth a visit for those young at heart, and those who will appreciate a dose of tongue-in-cheek self-mockery:

Everything he saw became a symbol of his own existence, from a rabbit caught in headlights to raindrops racing down a window pane. Perhaps it was a sign that he was going to become a poet or a philosopher: the kind of person who, when he stood on the seashore, didn’t see waves breaking on a beach, but saw the surge of human will or the rhythms of copulation, who didn’t hear the sound of the tide but heard the eroding roar of time and the last moaning sign of humanity fizzing into nothingness. But perhaps it was a sign, he also thought, that he was turning into a pretentious wanker.

A carnival for anglophiles, Liar is smart, sassy, and best of all: shamelessly smutty. Fry’s freshman novel is a good pick for those who like sardonic, sarcastic, and morally questionable characters; as Trefusis says,  “You cheat, you shortcut, you lie. It’s too wonderful.” However, others will doubtless find fault in Fry’s polarizing characters. Likewise, while the pretentious backdrop of Cambridge mixes well with Fry’s waggish humor, it may easily be read as over-contrived and will alienate some readers. 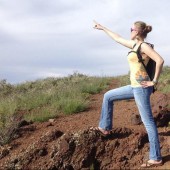