At the train station today there was a dead man being wheeled away on a stretcher. Before I got a good look at him I thought he was in a body bag. After this look I realized he was in bad shape; of course he wasn’t dead. He was being taken to a hospital where a doctor would pronounce him dead. The paramedics, along with the cops and the firemen, took him to his predicament.

I am on the open road with a friend who is driving sixty miles an hour. He holds his breath when we pass a cemetery. He says we should respect the dead. Lately his blood glucose levels have been very high. He thinks he will die young. Both his mother and father died of diabetes.

The 2004 tsunami caused fatalities over two-hundred thirty thousand ranging from Somalia to Thailand. A friend’s response to the deaths was population control. It’s the natural order of things when there are too many people on the planet, and not enough resources.

There are enough nuclear weapons today to obliterate the planet. The most powerful bomb ever detonated was in 1961 and called Tsar Bomba. It’s also called Kuzkina Mat, a Russian idiom. Translated, it means to show someone Kuzma’s mother. We will show you too, shouted back the Americans.

I have a distant relative who lived on a farm. He died when a cobra bit him. He was leaving milk on his doorstep for snakes.

Animal preservation is a selective process about which animals to kill and which to kill and eat. After all, they have their corner on the planet. When they travel out of bound or procreate more than sanctioned, they have no right to invade our private space without knocking first. If they are dogs, we will let them in.
During the 2004 tsunami, many four-legged creatures headed to higher ground. Very few animal bodies were found in the aftermath of the disaster.

The tsunami was triggered by an earthquake in the Indian Ocean. Both natural disasters combined unleashed more energy than fifteen hundred atomic bombs, but still less than the Tsar Bomba.

Conclusion: There are more artificial ways to end your life than natural ones.

T.C. Boyle wrote a short story titled The 100 Faces of Death, Volume IV. Does death ever hide behind a face? Yes, the cliché is death dons many expressive masks like theater trolls, but the correct answer is no. No, death doesn’t suffer from an identity crisis. It doesn’t care if the cool kids at school will like death in an emo getup.

Identity crisis: I have black clothing but lack white makeup.

Aaron Eckhart plays a tobacco lobbyist in Thank You For Smoking. In the movie, anti-smoking activists kidnap him and tack on enough nicotine patches on his body to end him. He survives thanks to a strong nicotine-tolerance level, thanks to smoking.

Surgeon’s General Warning: This is not a message to follow movie stunts.

I am in the first car of a train going thirty miles an hour when it hits a commuter leaning too far forward from the platform. The impact is on the side of his head and he falls back unconscious.

A friend tells me a theater crane fell on two of his college friends back home. They were moving prop equipment.

A high school friend tells me the last time he saw our middle school friend was when the kid was running with a stolen bass speaker over his shoulder. The DJ chasing after him slugged him with a baseball bat and brains spilled out.

My aunt read too many health magazines and followed too many remedies. Once she thought she had a hole in her heart. To relieve herself, she went to an esteemed cardiologist who told her her problem was hyperchondria. A decade later she died from intestinal cancer at thirty-five. The cancer had metastasized, and she didn’t go to a doctor too early or too often this time.

My sister tried to commit suicide by swallowing too many pain pills. Her body made her throw up when she was fifteen. She tells me this after I am eighteen, after eight years have passed.

A therapist date tells me teenage girls are very likely to slash their wrists if suicidal. I recall what my sister did. I don’t recall a high school friend with marks on her wrists.

I recall the train operator’s face as he got off to the platform to see the man he had hit. All he could do was look haunted at the body before him.

I had a pillow fight with my sister. Die, with words I had told her only recently after her attempted suicide.

The Tsar Bomba makes sense in the mind of a self and all-destructive nihilist.

I am still. I look around. Every commuter is moving, getting to the train platform. Why am I only one who has stopped to look at a live/dead man hauled away on a stretcher? There are paramedics, firemen, police and a German shepherd here who has a muzzle on. People keep moving. The man on the stretcher looks a gone case. His head’s covered by bandages. I wonder if a shot was fired, but I see no blood. Perhaps he was hit like the other commuter who leaned over too far too fast, and the train raced toward him, and dented his skull. People keep moving. I miss a train and take the next one.

There are things therapists say in their sleep: Do you have thoughts of suicide? No? Then tell me what’s bothering you.

A black rose, I have never seen one up close.

Epistle VI is a letter to an ex-boyfriend a girl writes in pyromania. I am not that girl. She is fictitious, a hypothetical.

T.C. Boyle is real and alive!

A black rose is not natural. To grow one, water a red rose with an evil eye. If this will not do, add black dye to the water. Watch a venomous personality bloom.
Hold a grudge on a death bed, but change the sheets. If the bed still stings like thorns on rose stems, hold the grudge closer. Nurture it till you die.

Lather, rinse, repeat. That’s what reincarnation is all about.

Consider the following story: My father-in-law died in a train accident. He was fifty-seven years old. See, I am already lying. I don’t have a father-in-law. This story is about my grandfather.

My grandfather told me a story about a man who came back from the dead, who cried and beseeched life, enough that he sat up upright on his funeral pyre before the fire set. Then he was roasted alive.

Indians tell this fable to their kids because you never get what you want the way you want it.

Wish again and for more things.

To be clear, the Indians from India tell this fable, the country Columbus was aiming to plunder.

Many Native Americans also prefer the term Indian. It points out the stupidity of those who don’t know the ground they are standing on, and wanting to conquer it anyway.

The term Native in Native American is a qualifier, as if an Indian can’t possibly be an American without the preceding word.

In this country American means white. Everybody else has to hyphenate, said Toni Morrison.

America is named after Amerigo Vesspucci, another, more humane Italian navigator who recognized Americas as new continents. Columbus accepted this, yet never admitted his mistake. We don’t either.

East India Company was also founded by merchants with ships who plundered on a different continent. The company, thriving from London today, sells teas imported from my home town, under the same name and logo as the 1600s. Sip and enjoy!

I was born in Darjeeling, India.

This all sounds to me like a Nazi company that manufactured torture devices now develops toy cars under the Swastika label. Here’s the remote, vroom, vroom!

We are all really traveling in someone else’s orbit, on a roller coaster going downhill. There’s already poison on the skin and stains on the teeth. Don’t shake the coffee, exit 34B comes on the right. Change lanes to follow the open road, to feel fated like my ill friend. 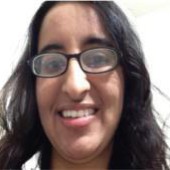 Chamandeep Bains has served as the managing editor of Oyez Review, an annual literary journal published from Chicago since 1973. She holds an MFA in creative writing from Roosevelt University. Her flash nonfiction has appeared in MAKE. She teaches at the College of DuPage. Her fiction is forthcoming in Fiction Southeast and in an anthology by Rozlyn Press.