A Menagerie Across Millenia: A Review of The Deep Zoo by Rikki Ducornet Aptly named, the new collection of essays from Rikki Ducornet, The Deep Zoo is a dizzying menagerie curated across millennia from points around the globe. During Ducornet’s long creative career she has donned the hats of poet, novelist, essayist and visual artist and she calls upon elements from all of these disciplines in this rich and multi-faceted collection of essays. The fifteen pieces included in this collection display Ducornet’s fervent exploration of history, literature, science, politics, philosophy and art in search of the source of being and meaning.

In this collection, Ducornet employs diverse subject matter to elucidate the power and necessity of the creative imagination. In the title essay, she sets up a landscape full of gods and starlight and beasts as a setting for the playful mind to unlock the bounds placed on the known universe in the act of naming. “If I have, throughout this essay, dwelled on the potencies of what I’ve been calling the Deep Zoo; it is because it is the work of the writer to move beyond the simple definitions or descriptions of things—which is of limited interest after all— and to bring a dream to life through the alchemy of language; to move from the street—the place of received ideas—into the forest—the place of the unknown.” Ducornet contends in this essay that the act of writing is an act of exploration and discovery beyond what is already known both of the self and the wider world. The essays that follow demonstrate the author doing just that through an array of forums where she calls on everything from Werner Herzog and David Lynch films to the Egyptian Book of the Dead and sacred Arabic vowels containing the breath of life.

The pages of this collection are brimming with Ducornet’s enthusiasm for the earnest playfulness in the act of creating. The joy she gets out of holding a thing up to the light and turning it over and over is palpable in her writing. She demonstrates a profound affection for that which is mutable, ever-changing, reforming, reinventing and she seeks this attribute out in all forms of creation, natural or otherwise. Germination, generation and re-creation are themes Ducornet explores in these essays both through the concrete world of seeds and eggs, but also in the ethereal realm of creation through ancient oms and sacred vowels. In three of the , (Her Bright Materials: The Art of Margie McDonald, The Egyptian Portal: The Art of Linda Okazaki, and The World in a Seed: The Art of Anne Hirondelle) Ducornet explores in depth the endeavors of several visual artists whose work she feels speaks specifically to these themes and ignites the creative impulse.

While the joy and enthusiasm Ducornet feels for her subject matter is evident, not every piece in this collection is up-beat or full of delight. Unnerving in their precision, several essays are downright dark in their present day contextualization of certain horrors found in history and literature. The most effective of these is “Silling,” an essay in which Ducornet digs deep into the Marquis de Sade’s 120 Days of Sodom. Her concise reading of this literary work and its connections and implications to contemporary political climates is chilling.

The dense and tangled web of literary, artistic, philosophical, historical, and political allusions displayed in these essays speaks to an astounding depth and breadth of knowledge from which Ducornet is drawing; however, this had an obscuring effect rather than an illuminating one. Ducornet’s references to myriad books, plays, films, art pieces, myths, philosophies, come so fast and furious through the whole of this book that it can be disorienting. Reading this book was like having someone very brilliant with access to a million television stations constantly flipping channels. Each little flicker seemed to be something interesting and edifying, but had come and gone before I could really figure out what was going on. Perhaps readers grounded with a deeper academic foundation would not be hampered by the storm of references Ducornet utilizes in these pieces.

In addition to curating her deep zoo from external sources, Ducornet looks inward as well. “Water and Dreams,” “A Memoir in the Form of Manifesto,” and “Candles of Ink” are essays in which she examines her own works, practices and experiences to a fuller extent than the other pieces. These essays give the reader a more personal glimpse at the author and foster more of a sense of intimacy between the writer and reader.

While the essays in this collection very keenly embody Ducornet’s specific outlook on imaginative creation, the reader is not left out. With zest she calls on all of us to participate in perpetuating this cycle of creative generation and the importance of seeking, seeing and creating: “Imagine the book—as Borges describes it—that you and I are writing, embracing a world in which everything is given voice—the creatures and the plants, the waters within their cells, the alphabets coiled tightly within those waters, ready to unspool and quicken—a book in which everything is sparking, everything breathes.” And later: “We are keepers, you and I, of a special gift: if the creative impulse is to remain vital and resurgent, ‘The book we begin tomorrow must be as if there had been none before, new and outrageous as the morning sun,’ (Ernst Block).” The energy and vitality that Ducornet brings to this collection are contagious and readers may find it hard not to create something of their own once they’ve read this book. 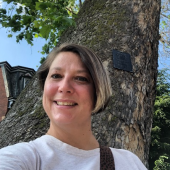