A New Type of Killer: A Review of The Snuff Syndicate by Keith Gouveia et al. The Snuff Syndicate, edited by Keith Gouveia and featuring nine authors, is an interesting anthology-novella hybrid that tries to grapple with the boggy depths of the minds of several serial killers. The Snuff Syndicate is not your classic crazed-psycho, knife-wielding, blood-spilling type of thrill ride. Although acts of violence serve as the climax within each story, they are  hardly the main focus.  It’s the less obvious, more literary elements, such as various recurring themes or an omnipresent hubris that plagues protagonists within each story that truly sets this work apart. Fans of Dexter will appreciate the book’s relative consideration in regards to the serial killer as an individual, rather than playing to that browbeaten image of the unstable psycho that you can spot in a crowded room.  A great deal of casual psychoanalysis and self-reflection is included within the stories, acting as a sort of intuitive form of biography. Within Syndicate, the killer’s primary motivation for killing and the relative events that served as catalysts are explored in much greater detail than the actual victims or murder itself.

In order to establish some type of fluidity, the novella-anthology is woven together by Keith Gouveia’s short stories. These stories follow the progress of Mike and Peter, two best friends that just happen to enjoy murdering wrongdoers. They choose to create an online community which they name “The Snuff Syndicate.” The website provides a safe place for fellowship, where serial killers have a makeshift support system.  People quickly fill up the cleverly encrypted forums, congregate in chatrooms, and share various tips and narratives from the safety of their computers across the globe. Characters from the other anthologized stories often reference the website, while Mike and Peter also provide commentary in their own stories about some of the crazy things people post within the forums. This interaction between stories creates a seamless transition as you progress through the novella, even though each short story is strikingly different from the one before it.

There’s not a more prevalent theme within Syndicate than the basic human desire for belonging and a sense of community. These themes are displayed primarily through Mike and Peter’s somewhat codependent relationship. A sense of feeling somewhat ‘normal’ is the main motivation behind their collaborated efforts. The thought of killing someone alone is distasteful to them both, especially since the other’s company is one of the most rewarding aspects of their adventures. Even when Peter is threatened with bodily harm, he is still willing to sacrifice his physical well-being if it means his friendship with Mike survives.

The thought of killing Mike before he had a chance to chop off his digits was still prominent in Peter’s mind, but logic told him he could manage far better with one less pinky than he could without Mike.

Everyone, no matter how deranged or twisted, needs to feel included in some type of organization or social group. Companionship is a basic survival instinct hardwired into our brains since the first humans began to roam the earth wrapped in fur garments. It greatly increases our chance of survival, for humankind’s strength is best displayed in large numbers. Mike and Peter’s website provided a means of the survival of various serial killers, allowing novice killers to gain practical knowledge from the masters and avoid the bonehead mistakes that get plenty of others caught.

“We’re new to all this and thought maybe you could just show us the ropes.” “No,” Stan said. “Never use ropes. Too easy for the cops to trace the fiber. Stick with plastic zip ties and duct tape.”

Another theme omnipresent within Syndicate is feminism. J. T. Seate’s “Snuffingly Yours,” for example, provides a unique look into the mind of Tamara, a female serial killer, allowing readers to start their own commentary on male/female relations within society. Like the black widow spider, Tamara, has sex with her male victims and kills them. One factor that breaks away from this stereotype, however, is Tamara actually judges whether or not her victims deserve to die based solely on how their behavior changes after their sexual encounter ends. If any of the men show any misogynist inclinations or make any derogatory remarks in regards to her sexuality, then they are as good as dead.

The power and righteousness some of her lover’s derived from their achievement could simmer to a boil and develop into a rage within her. […] A certain word or act could make the difference in whether they lived to talk about having sex with her or not.

This story provides a commentary on how each gender displays a different kind of strength. While lacking in the brute physical strength male serial killers have been seen using to overpower victims in previous stories, it seems as if Tamara can bypass this ability by the use of her inherent sex appeal.

They’d both been amazed at how willingly a man would rendezvous with a woman he didn’t know from Eve at the slightest hint of a little action, even with the Sex-Kitten Killer running amok.

In contrast to the feminist tones, the story also includes a bit of reverse sexism and male-bashing. Editors would need to better align the story’s commentary to reflect the true ideology of feminist theory. For example, near the end of “Snuffingly Yours” Tamara and her lover are in bed together making comments that belittle men.

Male cops think the same way as our perps, I’m sure. They think all a woman really needs is to have her pump primed. Once their little brains take over, men are easy to nail. Their eyes are hardwired to their crotches. I’m not sure their brains are ever involved.

Although the story focuses on a strong and empowered female protagonist that fully embraces her femininity, it disengages with the feminist ideal by the end of Tamara’s conversation. Despite popular misconceptions, true Feminism does not equate to male-bashing.

There are a few aspects of the novella portions of this collection that could have been  expanded on a bit more, however. Mike and Peter’s relationship seems as if it has been going strong for a long span of time, so the lack of fleshed-out interactions made their friendship less authentic. In fact, it seemed as if the Mike/Peter  narrative was only thrown in there so the other stories wouldn’t seem as disconnected. Each story has a different set of characters and focuses on a specific protagonist, so it would greatly benefit the reader if Keith Gouveia had spent more time elaborating on Mike and Peter’s creation of the website. The background information on how their friendship was created was interesting, but providing more detail regarding the website itself and allowing the reader to see just how this website changed everything, would add yet another layer to the story and take the narrative to the next level.

The Snuff Syndicate, no matter what your personal literary inclinations are, is an enjoyable page turner that provides an insightful reading experience. If you can stomach the more gruesome intensity of an occasional horror movie, then there shouldn’t be much of an issue progressing through this novella. This book informs some and reminds others that serial killers are like anyone on street. They live regular lives, hold steady jobs, and even create functional families. Alternatively, they are hard to spot and even harder to escape once they decide you are their next conquest. Just be on your guard, you wouldn’t want to make yourself an easy picking. 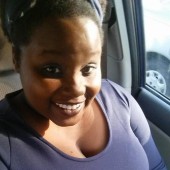