A Trailer by the King of Premakes

Ivan Guerrero is a young filmmaker of incredible talent. Best known around the web for his “Premakes,” a term he coined for his reimagined trailers of popular contemporary films created from a mash-up of clips from older movies, Guerrero has also directed two original films, Plight of the Peregrines and The Grocer, and is a photographer and graphic designer. When Atticus Books discussed the idea of making a book trailer for Jürgen Fauth’s novel, Kino–a story about a disgraced German filmmaker of the Weimar Era and the mystery surrounding his life and work, Guerrero seemed the perfect match.

In Kino, Tulpendiebe (The Tulip Thief) is the first film directed by Kino Koblitz. In the mythology of the novel, Kino’s films were thought destroyed by the Nazi government. The Tulpendiebe trailer represents the restored footage from his lost films–created by Guerrero from existing black and white movies for the imagined film in Fauth’s novel.

Read on for an interview with Ivan by Atticus Books conspirator Lacey N. Dunham.

The Interview, or Who is Eyevan?

Lacey N. Dunham: After watching several of your premakes, I gather you’re someone who watches a lot of movies. What interests you in film, both as an audience member and as an editor/director?

Ivan Guerrero: I enjoy watching as many movies as I can get my hands on. Whether they’re old German expressionist films or kitschy B-grade monster movies, I’ll watch it. What fascinates me the most about watching so many movies is the study of narrative structures–the way in which a particular film or filmmaker chooses to tell a particular story through the use of conflict, character arcs, context, key visuals and other elements. I think that when it comes right down to it, a beautifully crafted structure is the one thing that differentiates great stories from the rest.

When you dissect stories, you discover that so much of the archetypes that exist in genre, characters and plot are constantly being recycled and remixed. And yet, we’ll continue to re-watch the same re-hashed material because the story is told in a uniquely new way. It may be told from the point of view of the villain, or done entirely with a cast of puppets. The audience accepts it if the story’s structure is well laid out.

LD: How many movies would you say you watch in a year? What are your favorite movie foods and beverages?

IG: I try to keep a healthy diet of one movie a day. I have changing tastes when it comes to snacks, but nothing beats having a bag of Doritos on a movie night.

LD: With digital technology, the possibilities in filmmaking have broadened considerably, and old movies can seem quaint or clunky by comparison. However, I remember being terrified as a child after watching old films like Robert Wise’s The Haunting, Sorry Wrong Number starring Barbara Stanwyck and, of course, Hitchcock’s The Birds. Do you think we’ve lost the ability to animate our imaginations now that contemporary films can direct our mind’s eye for us?

IG: I think many movies today spend so much time on visual spectacle to draw in audiences that they forget the importance of having a meaningful emotional connection. The Haunting is a perfect example of this. When you compare the Robert Wise film with the Jan de Bont remake, the original is more frightening because the horror of the film is largely unseen. It is a feeling that will follow you home and stalk you for days after. In the remake, the special effects were so visually dazzling, they took away from the feeling of dread that the audience was supposed to feel.

When you go to a theater today and you see people sending text messages in the middle of the movie, you can’t help but wonder why texting seems a lot more interesting than a film being screened right in front of them. – Ivan Guerrero, filmmaker

LD: What favorite old films do you recommend?

IG: Just to name a couple at random… Fritz Lang’s M, Die Nibelungen and Metropolis, The Invisible Man, Hitchcock’s Rear Window and The Trouble with Harry, Wilder’s Some Like It Hot and Sunset Boulevard, Welles’ Citizen Kane and F for Fake, Kurosawa’s Samurai Trilogy, Dr. Strangelove, A Shot in the Dark… I could keep going all day.

LD: On average, how long does it take to create a Premake? What’s your process for selecting the films you’ll use for the mash-up?

IG: It can take me anywhere between two weeks to a couple of months to complete a Premake. I spend a considerable amount of time doing research before actually splicing together an edit. I will normally look into older films that may have influenced a filmmaker, character archetypes, cultural influences during a particular period, production artwork and musical temp tracks. When I am confident I have enough raw materials to work with, I take a couple of days to develop a coherent script that emulates the tone of the period, while maintaining the voice of the film I am attempting to break down. Actual editing takes a while depending upon the difficulty of the project. In some instances I need to do some rotoscope work or even colorize footage. For the Up Premake for instance, I had to colorize a few of the black and white frames from The Wizard of Oz.

LD: Does having fluency in three languages (Spanish, English, and Tagalog), plus experience in Mandarin, increase the selection of films you’re able to use? Or are you drawn more to the visuals than the oral story?

IG: It helps a little bit when you’re doing research. I tend to discover a number of foreign films and film websites that I may have never have heard of if I didn’t understand a portion of the language.

What’s really interesting to discover sometimes is how archetypes are duplicated across different cultures. I remember doing research for my Avengers trailer a while back, and it led me to clips of a Turkish character named “Dr. Seytan”, who was a doppelganger of “Dr. Satan” from American film serials. It’s fascinating to learn how certain cultural or pop cultural icons are themselves derivatives of earlier incarnations. The Premakes are an attempt to document this correlation, and show how archetypes are duplicated throughout time.

LD: What films did you use to make the Tulpendiebe trailer? What was your process for creating a trailer for a movie that’s never existed outside the pages of a novel?

IG: I used the following films to create the Tulpendiebe trailer:

The trailer was a little tricky to put together, partially because I had to work with films that are considered to be in the public domain and partially because many films from the 1910s and 1920s are very difficult to track down. The book, Kino by Jürgen Fauth, provided me with some very vivid images I could tap. It really captured the feel of a specific fictional film, while maintaining roots in existing films of the time. Using the book’s descriptions as a backbone, I worked out a short narrative structure for Tulpendiebe, and filled it in with quick shots of matching footage. In terms of format, I also had to research the look and feel of trailers from the 1920s.

LD: You’ve also directed a documentary and another film that won the audience award at the 48 Hour Film Project in Chicago. What projects can we look forward to seeing from you in the near future? 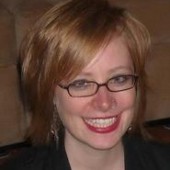 Lacey N. Dunham is a publicist with Atticus Books. She recently moved from Washington, D.C. to Minneapolis, Minn. You can find her on Twitter @bookbent.