A Tuna Called Justice, and Other Mistakes Every so often, a major studio releases a film so baffling, so astonishingly misguided, that one can’t help but question the sanity of everyone involved. Obviously, bad movies flood multiplexes all year round, but to feast one’s eyes on a cinematic turkey that’s so earnestly stuffed with moronic audacity can be a rare, deliciously foul experience. However, in the case of Serenity, directed by Steven Knight, perhaps it’s more appropriate to say that there’s a lot of bad fish in the sea, but few reek with such intriguingly rotten pungency.

Matthew McConaughey stars as Baker Dill, a chain-smoking fisherman who’s obsessed with catching a gargantuan tuna that he’s nicknamed, “Justice.” (It’s a metaphorical breadcrumb!) One night, he’s approached by his ex-wife, Karen (Anne Hathaway), who offers $10 million to take her abusive new husband, Frank (Jason Clarke) for a boat ride and “drop him in the ocean for the sharks.” Initially hesitant, Dill is ultimately persuaded by Karen’s proposition after she pleads that he do it for the sake of their son, Patrick (Rafael Sayegh) who will no longer have to hear his poor mother get beaten by his monstrous stepfather night after night.

…to feast one’s eyes on a cinematic turkey that’s so earnestly stuffed with moronic audacity can be a rare, deliciously foul experience.

What starts off as a stilted retread of Body Heat, with McConaughey playing Quint from Jaws except he fucks, eventually crescendos into outright lunacy with one of the most ill-conceived twists this side of the Will Smith disasterpiece, Collateral Beauty. Admittedly, it’s hard to write about my thoughts on this film without outright spoiling it, so best to drop your anchor here if you wish to sail off into these waters completely blind.

So, Patrick, as we learn, spends all of his time outside of school locked in his room coding and playing his own video games. Well, one video game, actually… a fishing game. And the primary objective is eerily similar to McConaughey’s quest for catching that big tuna.

…Yes… The movie is basically this. Turns out, the entire film is a fantasy that Patrick has crafted via the virtual world of his game as a form of psychological escape. In a secondary, Jacob’s Ladder-style reveal, McConaughey’s character was killed in Iraq several years ago, leaving us to put the pieces together that Hathaway married Clarke following his death. It all culminates in a berserk climax at sea, in which McConaughey straps a fishing rod to Clarke’s belt as he’s yanked into a watery grave by “Justice,” while simultaneously cutting back to reality where Patrick enters his parents’ bedroom with a knife and murders his stepfather off-screen. Having beaten the game (I guess?), McConaughey watches his environment literally begin to dissolve as triangles and trapezoids rain from the sky, but not before embracing his son one last time in digital harmony.

If Colin Trevorrow directed eXistenZ, it would probably look like this, and it’s all mind-bogglingly awful. Oddly enough, the actual writer and director, Steven Knight, is a man of considerable talent. Where his last directorial effort, Locke, was a restrained, minimalist character study, Serenity is something truly unhinged, partially because it doesn’t seem to know just how far off the grid into wrongville it gets.

If anything, Knight should have leaned into lurid camp more heavily, but his self-serious approach to this material provides its own miscalculated form of giddy pleasures.

That’s not just in regards to the batshit insanity of the plot, either. Aesthetically speaking, the film is largely comprised of flat medium shots or close-ups, peppered with an occasional, over-the-top directorial flourish that’s hilariously trashy. (Hathaway’s entrance, in which the camera swoops around from behind as her jewelry sparkles like pearls, had me howling.) If anything, Knight should have leaned into lurid camp more heavily, but his self-serious approach to this material provides its own miscalculated form of giddy pleasures.

In fact, it’s the sheer sincerity of Serenity that makes its existence all the more flummoxing. What exactly is this film trying to say? I love a good brainteaser that trusts its audience enough not to provide them with all the answers (i.e. last year’s Annihilation), but the tone-deaf manner in which it attempts to blow our minds with increasingly goopy melodrama (despite the fact that it’s initially framed as a steamy neo-noir) makes Serenity all the more insane. There’s no real commentary on how we use interactive media to help us cope with tragedy, or how gender politics in video games/genre pictures reflect the toxicity of the real world, or how multiple people got together on a film set and thought, “Yep, uh-huh, yes, this all makes logical sense. I hope nobody feels the urge to stop this from happening.”

Other stray questions and observations:

In short, Serenity is a film that exists in the world. I don’t know why. 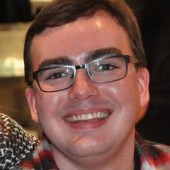 Charlie Nash is a member of the Boston Online Film Critics Association. You can follow him on Twitter: @ctnash91. And at Letterboxd.