An Equity Position in Coffee Spoons He understood from the beginning it was all about fundamental value.

In the pre-dawn hours, he sucked down endless cups of French roast, uncut with cream and sugar, parlaying risk versus reward like an apprentice financial ninja. After the markets closed he shunned the cocaine and hookers favored by other traders to study trend lines and economic theory over lattes.

“If you want to be a success in this business, live a little,” said his boss, the Robber Baron. “Nobody likes a stiff.”

So he invested in a mocha-colored designer raincoat just like the CEO’s. But poorboy guilt and fear of mockery kept it hanging in the closet.

The 3:00 AM terrors arrived with the Tech Crash, his edge gone missing. He lost friends and a sense of purpose in the Twin Towers, on edge every time a plane passed. The java compensating for lack of sleep now set his hands a-jitter, but hedging with decaf exposed him to the titters of young arbitragers as he jolted awake in afternoon meetings. Blood pressure elevated in direct ratio to a stagflated career and a personal life in protracted recession. He executed doctor’s orders to exercise by random walks in search of the perfect cappuccino, ignoring instructions to divest himself of caffeine.

Embezzlement provided the required stimulus, siphoning through his nervous system like a triple espresso. His blind Caymans account swelled until audit filters triggered a reckoning and all he could think was it’s about fucking time. Reparation of the funds, resignation and a roadmap to his transactional sleight of hand bought probation and a narrow escape from the horrors of Credit Default Swaps, the Great Collapse and prison joe.

Now he lingered over technical articles in the Journal before reconciling the books for the Boys and Girls Club, sipping weak brown liquid muddied with half-and-half and one Splenda. The waitress ferried the carafe past the table. “Top you up?” she asked.

He understood from the beginning it was all about fundamental value. 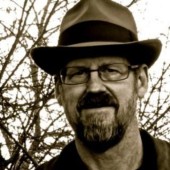 Robert P. Kaye’s stories have appeared in Hobart, Juked, Dr. T. J. Eckleburg Review, Beecher’s, Per Contra, The Los Angeles Review and elsewhere, with details available at www.RobertPKaye.com. His chapbook “Typewriter for a Superior Alphabet” is published by Alice Blue Press. He facilitates the Works in Progress open mic at Hugo House and is the co-founder of the Seattle Fiction Federation reading series.