An Honest Trip: A Review of Gun, Needle, Spoon by Patrick O’Neil Patrick O’Neil’s Memoir, Gun, Needle, Spoon, traces an eighteen-year heroin-laden journey between his graduation from art school to his arrest for armed robbery. His story begins in his apartment in the Marina District of San Francisco, where the San Francisco Police invade and arrest O’Neil and his young girlfriend, Jenny. The rest of the book chronicles the events that lead O’Neil to his jail cell. His narration is honest, though sarcastic and frequently judgmental of the moments of the story, as if he is annoyed or insecure with his own past and is hoping to get through it quickly. His readers will be wise to stick it out, though, because when O’Neil settles into his own voice and presents his unfathomable past just as it was, his readers not only understand the faces and filth of heroin addiction, but we feel for them—and for O’Neil for having survived it.

O’Neil’s greatest disservice to his story is the first fifty or so pages. He establishes a tone that is quick and sarcastic (which will persist throughout most of the book) and a shaky timeline. His chapters are titled with a single date and city, though within these he covers spans of weeks and months. He includes flashbacks in these chapters that are not grounded in chronological connection with the rest of his story, making them hard to place. These pages seem disconnected from the rest of the book, delivering four pages musician’s names that seem superfluous—they don’t contribute much to the story, other than to deliver the rock ‘n roll we were promised on the back cover—and judgmental witticisms (“all we do is fuck, shoot dope, and make our lives miserable—it’s Sid and Nancy all over again”). With the foundation of a consistent timeline, O’Neil may have been forgiven his abandonment of his other conventions or his condescending perspective, but without it, his story becomes frustrating to follow.

But the wise reader will persevere; O’Neil’s redemption begins after his time with punk rock. He maintains his sarcasm, but it’s more tolerably dispersed. The strength of the work – O’Neil’s arm’s length descriptions of sorrow and disgust – shines when O’Neil drops the witty sidebars and surrenders to the presentation of the life of an addict. Some scenes seem almost to even shock O’Neil himself to retell them. One such scene is with the “Pill Lady,” a woman in her 70s who lets O’Neil buy on credit and “is the absolute best connection for prescription drugs.” O’Neil lets us in to her apartment as she guides him by the arm:

The basement is dark and in worse condition than the first floor: the stagnant air foul with the smell of shit and rotting garbage; the walls stained with layers of ancient grease and dirt. Sections of the hallway linoleum are missing and there’s a dead rat in the corner, its head flattened in a trap. The first two rooms don’t have doors. They’re filled with torn mattresses, discarded chairs, and old pieces of unusable furniture. A florescent light flickers and blinks giving off a strobe effect that leaves us stumbling in the dark every couple of seconds.

It is the moments of horror that O’Neil presents so well. He shows us these scenes with such unapologetic clarity that we have no choice but to believe in their truth and to wallow in it. He recalls the death of his close friend, Sweet, with the same unemotional starkness:

We found him in his loft, in bed, under the electric blanket. He’d been dead for two days. His room smelled putrid, his body bloated and stiff.

I woke up our other roommates and somebody called an ambulance. We huddled together in the kitchen, not looking at one another. Mia was crying. But I couldn’t feel anything—too much dope in my veins. When the operator found out the person in question was dead, she told us to wait for the coroner and then hung up. I got angry that none of my other roommates had done anything, noticed the smell, checked to see if Sweet was all right…

I’d been in my room, directly below his, while he passed away. I’d been too high to care, too preoccupied even to walk up a flight of stairs.

O’Neil also does well to capture the innocence of his young girlfriend. She becomes the humanity that O’Neil’s story requires. He writes her with such tenderness and affection that his need to provide for her becomes understandable, even, perhaps, forgivable. She lives in bed, too cold, too sick, too weak to do anything, including shooting her own heroin. “Jenny moves closer to me. She’s got the belt around her arm and holds it up to me as I draw the remaining dope into the syringe. Jenny’s got girl veins…She can’t do it herself. I’m much more practiced than she is, so I do it for her.” Yet, she is beautiful and powerful in her helplessness; O’Neil cares for her and for her habit as he cares for his own. “I can’t look at Jenny lying there next to me, her eyes pleading, her body withering and twitching in pain.” He is soft and protective with her; he feels responsible for her using and never asks her of anything. He leaves her home to pull the armed robberies for which he will eventually be arrested and convicted and she remains in the apartment, tending to her adopted stray kitten.

The robberies themselves are small-time and anticlimactic, though this surprisingly does not detract from the story. By now, O’Neil has us hooked. We are standing beside him at the teller counter, sliding each handwritten note across the counter, motioning to the gun in our pockets. We are outside lighting a smoke with him, mustering up the courage for another job.

Yet when O’Neil is finally arrested, he returns to the superficiality that characterizes the first parts of his story. He includes a short paragraph of a note to Jenny (with no mention of a reply), and focuses instead on a phone call from an ex-girlfriend from rehab and a few days on jury duty. It is clear O’Neil’s intent is to come full circle with California’s legal system, but his speech to the judge and his fellow jurors (for which he is ultimately excused from his service) reads as more of a pat on his own back than any real stand on justice.

When O’Neil settles into his voice, his story is shockingly convincing. His disconnect from his own memories are jarring and honest and he complements with well-written characters. His story would do well to open with this clarity and a solid foundation of a timeline to ease his readers into the desperation, helplessness, and hopelessness that he writes so well. Gun, Needle, Spoon is a memoir worth the labor though, for the love and connection that O’Neil hides between the lines. 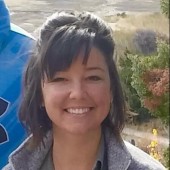