For more than 40 years, the Pittsburgh Post-Gazette’s “Help Wanted” section had an advertisement that directed prospective employees to apply at 3901 Forbes Ave. That’s The Original Hot Dog Shop’s address, although the job pitches didn’t reveal that information, probably because the management hoped that applicants wouldn’t figure out just what they were getting into until it was too late. The ad no longer runs, but they presumably still get plenty of applicants, because the “O” or the “Dirty O,” as it’s widely known, goes through employees almost as fast as it goes through potatoes.

And the place is famous for its French fries, so it goes through a lot of potatoes. Woe betide the person who orders a “Large” fry at the O expecting a McDonalds-sized large. And the “Extra Large” comes in a bag stamped with a warning from the American College of Cardiologists and the words “Feeds 7. Or one NFL defensive lineman.”

I worked at the Original Hot Dog Shop, located on the University of Pittsburgh campus, for six months, which qualifies me to manage any other diner or fast food restaurant in the world. My first legal alcohol purchase took place at the O on the morning I turned 21, about two weeks after I started working there. Toward the end of my employment, I was the senior employee on my crew at least once a week. Six months at the Original, in terms of experience, is the equivalent of ten years at any other restaurant.

The place opened a few months before Bill Mazeroski hit the most famous home run in Major League Baseball history, a few hundred feet away from where it happened. By the time I got a job there, in the mid-1980s, it was the busiest restaurant – by a wide margin – in Pittsburgh. The Original Hot Dog Shop, also known as the “Dirty O,” a nickname picked up because it occasionally got too busy for employees to clean. When the University of Pittsburgh still played its home football games at Pitt Stadium on campus, discarded napkins and French fry boats would overflow the garbage cans and stack up knee-deep around the tables. The other really busy periods came each night just after 2 a.m., when the bars closed. At bar rush, the front counter, where I worked, would stack up dozens deep in a tableau that resembled nothing so much as one of Ralph Steadman’s drawings from Fear and Loathing in Las Vegas.

And they would, as drunk people are prone to do, ask questions like, “Is there any pork in the all-beef sausages?” Five or six nights a week, I’d confront that mass from the O’s front counter, shoveling hot dogs into its maw as quickly as I could relieve customers of $1.59, the price of one hot dog, including tax, in the summer of 1986. Once in a while someone would complain about the price and say, “I can get two hot dogs for 99 cents at the Sheetz just down the street,” and we’d say, “Well, there are 100 people behind you waiting for a buck-fifty-nine hot dog. Go to Sheetz and get out of their way.”

And it didn’t take long to become familiar with some of the regulars, especially when they were campus celebrities – like Tony Siragusa and Burt Grossman. Siragusa and Grossman, star defensive linemen for Pitt’s football team, were at the front counter damn near every night. Thankfully, they weren’t drunk, only a little douchebaggy. But in fairness, Siragusa, Grossman and running back Craig “Ironhead” Heyward were the biggest men on campus at a time when Pitt still had a top-20 football program. It would have been cause to alert Action News if they hadn’t been at least a little douchey.

Ironhead wasn’t one of the O late night regulars, and is part of this story only because he once hit on my girlfriend at the time. Apparently he liked large-chested blond women. Go figure. Heyward, who died of cancer in 2006, played for New Orleans, Chicago, and Indianapolis and ran for 1,000 yards in 1995 with the Atlanta Falcons. His son Cameron now plays defensive end for the Pittsburgh Steelers and gives every indication that he’ll be a better professional player than his dad was.

Grossman and Siragusa were there every night because they worked the door at a bar across Bouquet Avenue from the O, as sort of combination bouncers and celebrity guests. That bar, called the Sanctuary, was notorious for serving patrons who had a college ID, even though most of Pitt’s students weren’t of legal age. Perhaps not coincidentally, the site of that bar is now a parking lot. Like Heyward, both Grossman and Siragusa both went on to play in the NFL. Grossman was with the San Diego Chargers and Philadelphia Eagles. These days, he is a do-gooder who volunteers with underprivileged kids, which pretty much acquits him of any douchebagginess charges.

Siragusa has firmly ensconced himself as a bro-culture icon, both with his quotable personae while playing in the NFL for Indianapolis and Baltimore. He was one of the Ravens’ media stars in the run-up to Super Bowl XXXV and is now an analyst for Fox Sports and was a host for the DIY network’s show, “Man Caves.” Most nights, after working the door, Grossman and Siragusa would go to the O and get some hot dogs as my steady customers. And most nights, when they arrived, I’d tell them some cheesy joke of the day – something like, “Have you heard the one about the dyslexic insomniac agnostic? He sat up all night pondering the existence of Dog.” Or, “What’s the last thing you hear before a pubic hair hits the floor? Pbbbth.” Surprisingly, drunk people usually don’t care if you’re pretending to spit in their food as long as you make them laugh.

Between the jokes and cholesterol cylinders, I like to think I helped make Tony Siragusa what he is today – a fat smart ass – although I think he was well on his way there before I met him.

By October of that year, after experiencing a few Pitt football Saturdays, I was ready to quit working at the Original Hot Dog Shop, a decision crystallized by my discovery that some former O employees had successfully sought asylum at a nearby pizza shop that offered, for everyone except delivery drivers, the benefit of encountering most customers only over the telephone. As might be expected at any restaurant with high employee turnover, the Original Hot Dog Shop’s annals contain some epic Johnny Paycheck “Take This Job and Shove It,” moments, like the guy who threw his apron onto the floor, walked out the front door, and quit his job by calling the manager from a pay phone across the street. My departure wasn’t quite in that class, but close – I gave negative four hours notice.

I turned up at 11 p.m. one Monday night for my 7 o’clock shift, told the owner’s oldest daughter that I was quitting and went back home. 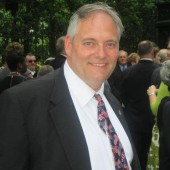 Eric Poole is a longtime newspaper reporter, columnist and sportswriter with more than 30 regional, statewide and national journalism awards. For the last 13 years, he has been a general assignment reporter and columnist for the Ellwood City (Pa.) Ledger. He is the author of two books, Company of Heroes (Osprey Publishing, 2015) and Forgotten Honor, a book that was used as source research material by White House speechwriters for President Barack Obama's speech at Leslie Sabo's Vietnam War Medal of Honor ceremony in May of 2012.