Emily Brisse, a recent recipient of a Minnesota Arts Board Artist Initiative Grant, has placed her essay “This is My Oldest Story” with Creative Nonfiction’s True Story. The essay will be published in December. Find out more about Emily here.

As seen on Atticus: “Silence for the Sake of Peace: On Politics, Huck Finn, and Lies We Tell Ourselves” As seen on Atticus: “That Water Lives So Far” As seen on Atticus: “You Got This” As seen on Atticus: “Tuberose” Jose Sotolongo’s story, “Intrusions,” was recently published by Bloody Key Society, an ezine based in Montreal.

As seen on Atticus: “The Underwear Hat” 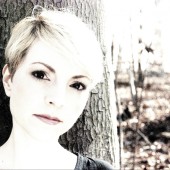