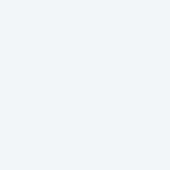 Lee Klein is the author of The Shimmering Go-Between (Atticus Books, 2014), and Thanks and Sorry and Good Luck: Rejection Letters from the Eyeshot Outbox (Barrelhouse Books, 2014). A graduate of Oberlin College and the Iowa Writers’ Workshop, he lives in Philadelphia with his wife and daughter.

Not Quite a ‘Manifesto of Sensationalism’: Some Thoughts About Some Terms that Might Describe a Novel I Wrote

The first thing Adam did when presented with a splendiferous world, uninhabited by anyone else, was start naming shit. Later his descendants grouped everything that had a name into categories. As far as I know, no other animal on the planet categorizes every element of existence. It’s one of the things that makes us human. We come to terms. Per Darwin, we evolved from amphibians into something like apes until we became humans capable of posting brief responses online about the novels we’ve read. I’ve done this since 2007 on Goodreads. I’ve left a trail of thoughts to follow whenever I feel like I’ve forgotten every book I’ve read over the past seven years. Now that Atticus has made my novel The Shimmering Go-Between available for human categorizing pleasure, I’d like to see what I mean by a few literary labels that, more often than not, might be slapped upon it.