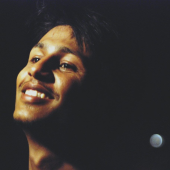 Mohit Parikh is author of Manan (HarperCollins). He was awarded Toto Awards for Writing 2015. He lives and writes from Jaipur, India.

Did you know Hong Kong is not one place but a group of a hundred and twenty six different islands? Did you know it is nicknamed Manhattan of East? (Mariam said people say it is in fact better than Manhattan of West. “Their subway nothing in front of MTR. And that damn city is frozen half of the year.”) Did you know its airport, where I will be landing in less than an hour now, is one of the busiest and the largest airports in the world and is constructed entirely on a land taken out of a sea! Did you know Hong Kong is the fourth most densely populated places in the world? Many people there, from all over the world, all kinds.

You are no good at Geography or General Knowledge. Like me you don’t know much about the world. What you do know is me, Kuldeep. That is all I know too.