An excerpt by Juliet Escoria.

“The Other Kind of Magic”

You work in a nightclub, in coat check. The club is three stories, and well drinks are twelve dollars. This is in Manhattan, right near the Williamsburg Bridge. The coat check is on the top floor, which is closed in by a glass ceiling. The lights on the bridge look like they are there specifically to impress all the girls in their tight neon dresses and all the boys in their polo shirts, as they get fucked up on bottle service and molly and sing along to that Jay-Z song.

One of the owners has a thing for you. He stands there and stares at you from the end of the hallway, wearing his dark velvet suits. He’s mean to everyone, swearing and brooding, but for you he brings cupcakes from the kitchen. You smoke together on the deck when it’s slow. He tells you about his girlfriend, who is seven years younger than you and covered in tattoos. They fight a lot. You ask him if they tell each other ‘I love you’ and he says yes, but it’s just something he says. He asks you if you do the same with your boyfriend, and you say yes, but you actually mean it. You tell him how nice your boyfriend is, how smart and funny and talented. You tell him how happy you are together and how it’s assumed you’ll marry, but even you hear the catch in your voice. It starts to rain, and the cabs drive by in whispers.

The tattooed girl and the owner break up. You and your boyfriend stay together.

Christmas happens. You go to your boyfriend’s home for the second year in a row and his parents have a fire lit and it is snowing and they are happy to see you. The two of you sleep in his childhood bed and you feel so safe in his arms and they are around you like a blanket but all you want to do is go outside so you can shiver. There is something deeply wrong at your core and you know it and have always known it but he doesn’t see it yet.

In the new year, you wait in the basement, which is dark and smelly because this is the floor where the clientele get the freakiest. Apparently it is not unusual to watch some girl get fingerbanged on the dance floor. At least that’s what the bartenders say.

It is five AM. You have four hundred dollars rolled up, in the zippered part of your pocketbook. You sip a whiskey and ginger and watch yourself in the mirror behind the bar. Your make-up and hair are still perfect, and you look slinky and you could totally pass for twenty-two.

“How much longer?” you say to your friend as she counts the bills under her breath. “I’m getting really tired.”

“I haven’t added the tips yet.” This means she won’t be ready for another thirty minutes, at least, which is perfect. She starts back at one, because you made her lose count. You finish your drink and tell her you’ll just go home alone.

Around the corner on Delancey, and he is waiting for you in the back of a black car. You get in. He takes you to breakfast. You order waffles, with whipped cream and strawberries, but are too nervous to eat much. He looks old in the diner light, which brings out the bags under his eyes. But the irises are very blue, and his lips look soft.

He kisses you for the first time in front of that diner. It is cold, and you forgot your gloves, and the puffs of both your breaths intermingle in clouds. He gives you a twenty to take a cab home.

Your boyfriend stirs in his sleep as you enter the bedroom. He is shirtless and illuminated by the hall light. “I tried to stay up for you,” he says, his voice thick with sleep. “What time is it?”

“Six,” you say, although it’s seven, and the lie worms in your gut. “Some of us got breakfast.”

After you take off your make-up and clothes, you get in bed next to him. His heart beats steady and strong. You wrap your arms around him and whisper I love you into his ear, and you mean it so much you start to cry.

Your boyfriend takes a long weekend upstate, with his friend who has a recording studio in the shed. You can’t go because you have work.

On Saturday, you stand in the basement again, waiting for your friend. Tim is next to you, talking about nothing in a low voice. He stands too close. You’re worried someone will see so you pull away, but he moves in again and cups your ass in his hands. You swear at him, but you aren’t actually angry.

In the cab home, your friend asks, “What’s going on with you and Tim?”

“Nothing,” you say, and because you’re bad at lying you stare out the window.

On Sunday night, you pack a bag and ride to Port Authority. You’re wearing a black dress and high boots with fishnets because that’s what he told you to wear, and you are wicked. He’s waiting for you outside like he said he’d be, smoking his Marlboro Reds. He smiles when he sees you. He never smiles. It is weird to see him happy.

You sit in the back of the bus. The floor lights are purple, and people are already slumped and sleeping against the windows. The lights of Lincoln Tunnel go by so fast that it feels like a zoetrope. You go underground as yourself, and as the lights flick by you spin into a cheater.

It is late and the world is quiet and New Jersey looks pretty in the dark. You ask Tim to tell you about being a teenager in New York in the eighties. He tells you it was a different city, with all that crime. He tells you about sitting in the back of CBGBs. He tells you the kids at the clubs would wear lace and eyeliner and dance to Siouxsie Sioux, and everyone was brilliant and fabulous, and there was no bottle service or fake lines out front. His voice is soft and it feels like he is speaking fairy tales. You look out the window into the darkness, and your secret is inside you and you feel sordid but also happy and you think to yourself, this is my life.

In Atlantic City, he wants to play poker and have you sit by his side. You think about all the girls that came before you, five and ten years under your age, and how they all probably said yes, but watching men fling around money sounds boring so you refuse. You’ve never been interested in acting like anyone’s trophy – which is one reason why he likes you. You’re older so you do what you want.

Instead, you go straight to the room. It is nothing fancy, and for a moment you are disappointed. But then he kisses you hard, and lowers you onto the bed, and reaches up your skirt and pulls down your thong without pause and without asking. For the second time that night he smiles, and then he enters you.

Afterwards, you stare up at the ceiling, naked, no covers over your bony body. He pulls you into his chest, and he smells entirely unfamiliar.

You ask Tim to tell you a story, a request you used to ask your boyfriend when it was late but you still couldn’t sleep. Your boyfriend always said no, his excuse being he has no way with words, so you stopped asking.

Tim is a different man. He strokes your hair, and tells you about the homeless people on the streets of Miami Beach, and how he paid them in malt liquor to do security at his club. You close your eyes, and you smile, and soon you are asleep. When you wake, Tim is gone, busy losing his money at the casinos. He comes back in a: very bad mood. The afternoon bus ride home is quiet and sullen, too bright, and there are no city fairy tales on the way.

There are two more bus trips and hotel rooms. Each trip goes pretty much the same. Each morning you wake up alone and he’s at the casinos, and he never picks up his cell phone and it all makes you feel so helpless and pale and when you ride back to the city there’s never anything to say. Spring is coming, and coat check season will be over soon.

You leave your laptop open on the couch and go get a haircut. While you’re gone, your boyfriend reads your messages. The worst one is the most recent.

You have no idea why you even typed that.

There is a fight. In it, you become single and homeless. In the morning, you call Tim and you are crying and you tell him the truth, which is that your heart is destroyed. You want to tell him it’s his fault, but it isn’t – this was all broken by you.

He tells you to pack your things and take the train up to 59th and Lexington. You can live with him. You won’t even have to work. Something in the way he’s phrasing things tells you this is exactly what he wanted all along.

You think about it, what it would be like to live in Manhattan, how there would be dinners out and manicures, jewelry and fancy shoes. You’d sleep til noon, every day. You’d sit at the window, and stare down at lights that looked like Oz, and you’d be there, trapped and pretty, a golden life charmed, but one not meant for a girl like you. 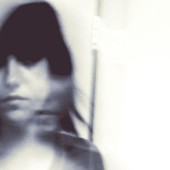 Juliet Escoria teaches literature & creative writing in Southern California. She is the Contributing Editor for Electric Literature’s blog, The Outlet, and her story collection Black Cloud will be published through Civil Coping Mechanisms in 2014. You can find her on Twitter @julietescoria.