The sky is laced with turquoise worms, and where the sun normally is there’s two red lips, a parting mouth with clouds for teeth. Remy’s bed contains 24 stacked pillows that form a wall. She gets into bed and looks up at the black crystal drawn on the ceiling. She closes her eyes, steadies her breathing, and touches the pillows. The mouth in the sky fills with red and the teeth vanish and it’s the sun. The worms wail and turquoise cascades down an arc in the sky.

The first pillow Remy places on her feet. The next, her legs. The next, her stomach. Finally, her chest. She builds layers until she has to balance the pillows on her body with her breathing. She puts the last three pillows on her head and hugs her face until she passes out. Her arms flop off the sides of the bed and her fingertips dangle near the floor.

She’s a baby. She takes wide, unsteady steps, and on a few occasions, tips backward, arms extended as her diaper thumps the floor. She wears a blue shirt with a hand-drawn black crystal (Brother). Her face is blond hair. She stumbles from her bedroom and into the hallway where she falls down the stairs, blond hair blown open and her body awkwardly sliding down the stairs as Mom shouts from below. Afterward, Remy cried for fourteen hours. Mom stayed awake the entire time, tapping her back in sets of ten, feeding her sips of tea, telling her it would be okay, they will come back on again.

Remy twitches in the wobbly picture and her eyelids flicker. Her arm as baby arm snaps like a bird’s spine beneath a boot. The pillows fall. One hits her arm. Mom moans from her bedroom. Her negative weight floats upward from her refusal of food. Her falling numbers hurt everything around her, even the carpet looks depressed. Dad skips between loving companion to distant husband to angry father. He spends his days alone. Each day this week he’s been sitting gargoyle-perched on the roof. Recently, Remy thought the problem of Mom’s sickness isn’t Mom’s sickness exactly, but Dad’s reaction to Mom’s sickness.

Remy writes in a notebook:

FELL DOWNSTAIRS AS A BABY -5 CRYSTALS.

SUBTRACT -1 FOR EVERY YEAR AFTER FROM AGING.

She puts three pillows on her face and grips tight until she passes out again, her hands falling off the bed, eyes now moving over a dark road. She’s riding her bike with the blue and yellow tassels tied to the handlebar. She wanted red and green, to be special, but Dad bought the commons. This vision like the last is broken from reality but more severe – Remy riding her bike on the road to the mine, blue and yellow tassels blowing endlessly backward and touching her home. Her hair is also endlessly long and it touches the house. She’s followed by a spotlight. Her feet blur on the pedals. She’s trying to escape the light. Skin three inches above her right ankle catches on the rear derailleur and the bike breaks into a severe slide. Water sprays from where the tires skid. The road becomes a beach and Brother is standing there covered in glistening sweat, jogging in place, with Harvak at his side who is also jogging in place. Sea crystals the shape of hexagons colored white foam then harden to black stone on the sand. An octopus is flung by the sun across the sky. The spotlight disappears and the man, who looks just like Dad, who held the spotlight, twirls his hand goodbye, bows, then jumps off the cliff at the top of The Bend.

She creeps down the staircase and sees only legs in the kitchen. She can’t understand how they can stand so close to each other and yell so loud, how can their faces not split and bruise. Mom is doing almost all the shouting and her legs are following Dad’s legs around the kitchen. He’s cooking something and trying to avoid her. The thrill of watching her parents in this raw, private moment makes Remy’s heart race and hands grip the wooden banister. They have always been so troubled, so doomed. They have always talked around each other. The pillows tumble again and the black crystal drawing on her ceiling comes into focus.

She continues the game until her skin turns blue and she needs a tiny black crystal flint to regain strength. She stabs her mouth. A freckle expands through her cheek in a red circle that covers one side of her face. The following visions of all things negative she sees awake: Harvak dying, Brother leaving, parents fighting, sun killing. Then, there’s the beach again and the clouds are slowly coming down and each one holds a cup holding a baby under an arbor rung with flowers.

The black crystal dissolves everything.

The black crystal is everything.

Here she is with limbs shaking, lungs sky-up and filling with the good kind of pain, head all air, Remy with eyes glazed-over and wanting everyone she loves to live forever. 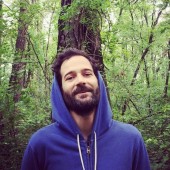