Dangerous Ideas: What Tiger Lily Can Teach Us About Cultural Appropriation About a year ago I decided I wanted to reinvent Tiger Lily, that historically misrepresentative, recently white-washed character, in an empowering (and appropriate) YA novel. By giving her a story of her own, treating her as a protagonist, and providing her a rich culture inspired by my own experience of reservation life, I hoped to enable young people to recognize the vibrant, community-oriented lives of tribal indigenous peoples, and to make an early impact through their reading.

But it’s been done before, though poorly. And even when I imagined my version, I ran into numerous ethical concerns. If my genre were the magical world-building type of Young Adult fiction (as is so popular these days), how could I avoid the mystical shaman Talks-With-Nature trope? If she had a sidekick, would she start to resemble a certain raccoon-and-hummingbird-accompanied princess? Could I even make her the daughter of a chief, as in the original? How much of a story steeped in 1900s racism could I ever hope to reinvent, anyway?

Readers of this column may, or may not have heard of the 3 S’s: source, significance (/sacredness), and similarity. Susan Scafidi, a Fordham University Law professor, gives these as guidelines for avoiding and mediating cultural appropriation. Via Jezebel’s A Much Needed Primer on Cultural Appropriation and Scafidi’s book:

Has the source community either tacitly or directly invited you to share this particular bit of its culture, and does the community as a whole have a history of harmful exploitation? What’s the cultural significance of the item — is it just an everyday object or image, or is it a religious artifact that requires greater respect? And how similar is the appropriated element to the original — a literal knockoff, or just a nod to a color scheme or silhouette?

So let’s play Cultural Appropriation Bingo for a moment—Current Events edition: Navajo Hipster Panties, the dazed white woman globetrotter surrounded by quaint exotic props with suspiciously human limbs, trying to make bindis happen, “rocking” classic Bonaroo colonist (so sexy!) attire,  “ratchet culture” and “gangsta girls” as meme, or straight up wearing blackface (or redface)—I can keep going with this. Indefinitely. It’s frustrating how much of it has happened in the last few years, as though perpetuating racist imagery happens as a backwards argument for how post-racial we are. For the last time: ironic, hipster racism is still racism.

What I want to talk about today is cultural appropriation as it relates to writing, and the difficult waters a writer must navigate when writing about cultures other than, and sometimes including, her own. I speak from experience. I am a descendant of the Oneida Nation of Wisconsin, and much of my work deals with the indigenous experience and the challenges of mediating and integrating between my reservation’s culture and the outside world. For much of my writing life, I have struggled with my identity, with whether or not I have the right to claim it as a poet, with whether or not I will cause harm to my community by saying the wrong thing. I worry whether or not my work about my own tribe and my own life will be, at times, appropriative.

Think trickster gods, Tiger Lily, Queen Elsa of Aryndale. Think Disney’s Pocahontas. And consider exploitation, colonization, the systematic and centuries-long silencing of voices. When it comes to creative endeavors, the line between appropriation and appreciation can become quite thin, the kind of line one might cross without realizing it, the kind with fuzzy borders which shift as time passes. What is off limits? Technically, nothing. You could write absolutely anything you wanted to, and you could put it out in front of thousands of readers in an instant. Pocahontas and Tiger Lily are fairly clear in the appropriation (and misrepresentation), where trickster gods and Queen Elsa might be foggier in their source material.

But did you know that Trondheim-based all-female choir Cantus was hired to sing in the movie Frozen? Amazing! And the choral piece was written in part by indigenous Sámi-descendant Frode Fjellheim, inspired by his culture. It seems to me that Frozen’s writers and producers might have been right in line with Scafidi’s 3S’s.

Some time later, another (non-native) friend approached me with an idea for an opera based on Crazyhorse. This is fraught territory, I told him. You see, Crazyhorse-derived works have been a subject of contention for some time now. The play “Crazyhorse and Custer,” produced by Michael Laun and written by Jon George (also non-natives), debuted in Sacramento despite avid protests from Crazyhorse’s remaining descendants and estate. One issue was that the play was based on false and fictional accounts, and textbooks written from a white perspective, and other issues involved the resurrection of Crazyhorse’s spirit (in order to have a ghostly conversation with Custer), which goes against Oglala Lakota spiritual beliefs. I warned my friend about the complicated nature of Indian Country, how even when one has integrated into it the nuances can be confusing and the consequences dire. It isn’t as though non-natives can’t write about Indian Country, but hadn’t that already been the majority of the narrative thus far?

For the last time: ironic, hipster racism is still racism.

It is important to consider your own positionality and the agency of the culture in question. Are you an “Invader,” a “Tourist,” or a “Guest?” Many cultures have such a long history of others assuming the right to speak for them, presumably on their behalf, that sometimes there’s just no graceful way to take on that mantle. At the same time, you may have a story that is just burning a hole inside your heart, and appropriation as a rhetorical tool should not be discarded lightly. Friendly suggestions for how to manage cultural appropriation while writing (and how not to do it) abound, so let me just tell you how I’ve dealt with it in my own work.

Recently a composer friend of mine asked me to participate with her in the writing of a 10-minute opera for Vocaplyse’s Opera From Scratch workshop, with the caveat that all pieces must incorporate some aspect of Nova Scotia or its culture. I have no idea what “Nova Scotia culture” entails, so my first thought was to try and focus on the indigenous populations of the region, and, since we are both women, to try to find a story that might touch upon topics of womanhood. In many regions the indigenous population is still fighting suppression both legally and culturally. I knew that, while I would still need to navigate appropriation carefully, I would at least be attuned to some of the difficulties indigenous people face in attaining recognition, in stewardship of the land, and in preserving culture. I landed on the story of the “Women Who Married Star Husbands;” I was unable to get this vibrant story out of my head for days, and knew I had found my source material.

I could not assume that I would be the only one with the ability to tell the story, nor could I assume my attempt would ever be a perfect one. I spent hours in the research stages, trying to understand the culture as a new devotee, as a participant observer, immersing myself as much as possible, seeking out Mi’kmaq sources rather than third-party retellings whenever possible. I tried to include a few words of the language, knowing that the voicing of indigenous languages is important to members of the source culture (but also knowing that once the opera was written it would be out of my hands, and I could not be guaranteed that the workshop itself would know how to deal with pronunciation issues).

Even with my own language, Oneida, I hesitate due to lack of fluency. (Before my first poetry reading I called up the language keepers of my tribe and had them repeat the words over and over until I could get them right, so as to be the best representative of my language and my culture that I could.) Local flora and fauna and terrain are vital to the livelihood of any Native American or First Nations culture, and so I spent focused time examining these elements in the original tale and in the general culture of the Mi’kmaq. I kept to the source material as closely as possible. I regretted the short length of the opera, as I felt a chamber piece would truly do the legend justice, but happily my composer, Shuying Li, sees a longer piece on the horizon (which will also give us time to incorporate even more feedback from Mi’kmaq representatives).

In the original story, the women end up in a somewhat foolish situation, and as the Isla Vista story unfolded during my writing time I wanted to re-invent this situation into one that empowered the women within it, one that asked them to make hard sacrifices for their families and which showed their strength and endurance. I wanted to write the story that would make my own tribe proud, and would make any Mi’kmaq present feel respected and uplifted. I wanted to do right by them—more than that; I felt it as a heavy and communal responsibility.

And that is what I ask of you, fellow writers, while you are dreaming of your own stories. Ask yourself why you want to write the story you have in mind. Ask yourself if you truly feel you can do right by it. Acknowledge it as a difficult responsibility, acknowledge that there are real living people who may be affected by your work, who may be (deliberately or inadvertently) represented by your work, and do everything you can to live up to that charge. Make yourself pause, often. Don’t simplify, don’t exotify, don’t stereotype. See how you can reach out to your source’s living, breathing peoples, and involve them in the creation, development and/or rewards of the work. Let yourself also be affected by what you say, let your research expand endlessly, do not spare yourself from the indictment of your lens. And, as ever, let your conscience be your guide.

Editor’s note on photograph: Sunshine Nunies, 19, in her bedroom on the Oneida Nation reservation in northern Wisconsin. Photo by Kevin J. Miyazaki/Redux

Portraits of the sovereign Oneida Nation, a Native Indian reservation in Northern Wisconsin. The Oneida are one of 11 tribes in the state of Wisconsin, and have a population of about 20,000. Their reservation is largely urban and suburban, located west of the city of Green Bay. 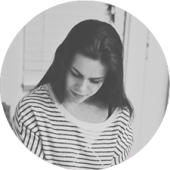 Kenzie Allen is a current Zell Fellow at the Helen Zell Writers’ Program at the University of Michigan, and a descendant of the Oneida Tribe of Indians of Wisconsin. Her poetry has appeared in The Iowa Review, Sonora Review, Day One, and Word Riot. She is at work on manuscripts in poetry and non-fiction, and is the founding editor of the Anthropoid collective.