Darkness Surrounds: A Review of The Performance of Becoming Human, by Daniel Borzutzky The Performance of Becoming Human by Daniel Borzutzky is a “bedtime story for the end of the world.” It’s about bodies. It’s about borders, between political states, between states of being, between dreams. It is an “experiment in light poetry,” because it is about light surrounded by darkness.

Borzutzky’s book of 17 poems was awarded a National Book Award in 2016. It has already been read and reviewed, extensively. Why call attention to it now? When asked about his intent, the author spoke timely: “When I wrote this book […] I was thinking about immigrants, refugees and workers in the US and abroad who give up their lives to survive in economies that exploit them and make them invisible. And I was thinking about bureaucracies and the abuse of data and fake mathematical measures to justify the destruction of real people’s lives.”

When the book was published, the idea of a border wall was not such a prominent part of the American zeitgeist, but Borzutzky reminds us that borders have always been fluid. Bodies have always been crossing them. The poem “Let Light Shine Out of the Darkness” asks, “did you hear the one about the boy in Chicago whose ear was bitten off when he crossed a border he didn’t know existed?” We’re warned, early in the book, “you know you can die from so many stories.”

Daniel Borzutzky draws from his experiences as a Chilean-American, from Pittsburgh, to compose lines that draw together common elements of “the rotten carcass economy” in the Americas, North and South. The lines also draw distinctions though.

“It totally fucking sucks to have to travel the world, to leave my people and village, and to get stuck in some shit town in Indiana where the portions at the restaurant I can’t afford to eat in except when I am taken to lunch by a minister or a social worker or a rabbi could provide multiple meals for like eight of my nephews and nieces”

A year ago, if I were writing about this book on the occasion of its award, I might have focused solely on the formal qualities of the book (which I would still like to do). These poems have long and sprawling lines that recall the style of Ginsberg, to which one of the poems directly refers. The lines form litanies. The litanies form a sequence. These aren’t particularly sonic poems, but they have a hypertextual quality to them.The images recur, like those of a dream, in repetition throughout the book.

Now, aside from its formal qualities, which are delightful, I want to draw attention to why this book is important for another reason: its treatment of the ideas of bodies and borders. A border is not simply some abstract line, and it is not absolute. Borders are crossed, and they are crossed by bodies in a very real way. It’s been said “there’s something that doesn’t like a wall” and that something is a body.

This is a dark book, which makes it good reading during a time that many feel is a darkening one. Urayoán Noel famously called the book “a canticle for the age of listicles.” The lines of these poems, and the demarcations they make, have an incantatory quality, the way a dark lullaby should.​ 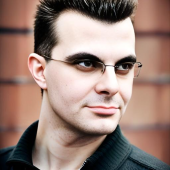