“Would you like a Monkey Gland, Buttery Nipple, or Duck Fart?” George said. “If you want a Quick Fuck, we’ll have to leave the bar.” He laughed at his own joke.

She hadn’t decided if he was funny or sick in a psychological sense. She ordered a “Chastity Belt.” A sports bar was not the romantic date Cece had envisioned.

Cece’s friends pushed her into this date. Janie told her to wear a sexy bra and panties with a low cut top–to the nipples, preferably–and talk dirty. “At our age, you got to use your assets, whatever is left.” Janie reminded over and over that sex was the goal.

Suzanne insisted she get blindingly drunk and do it like teenagers in the car. That sounded fun in theory, but Cece didn’t think her arthritic hip would cooperate.

Ann strongly advised her to close her eyes, hold her nose if she had to, and dive head first. Ann was the practical one, theorizing that after that many years without sex, Cece requalified as a virgin. “Do it like it’s your first time all over again. Get through the painful part as quickly as possible. It’ll get better. Eventually.”

George wasn’t bad looking for a sixty-year-old man. The thinning spot on the top of his head gave his age away. He moved fast, sliding his hand down her butt. She wouldn’t have minded so much, but his breath smelled like he’d eaten road kill and was burping up its remains. Imagining them between the sheets, she couldn’t think of a position that didn’t have him breathing heavily in her face. She offered him an Altoids. He didn’t want one, but she kept offering until he took it—a positive sign.

Cece told the waitress she wanted a Screaming Orgasm. George winked at her and said, “Me too.”

This was a new phase of Cece’s life. Her four children were off to their shiny new lives recently minted from college. She lost parts of herself with the departure of each of her children, half her liver, her right lung, the lower chamber of her heart, and the toes on her left foot. She hobbled around wondering who she was with them missing.

George suggested they skip all the fanfare and just do it.

Sex with a stranger, even if it was her husband, left her feeling lonely and empty. She wanted connection. “Do you have a Flaming Asshole?” she asked the waitress.

The waitress didn’t think there was such a drink. “I might as well live it up. Give me a Corpse Reviver #2,” Cece said.

Cynical, that’s what her girlfriends said about her. Maybe she gave too much of herself to the children and not enough to her husband. Her husband became emotionally armored, focused on work, and money, transforming into the armadillo sitting across the table from her. Her girlfriends didn’t think George was so bad. Their marriage had become a business partnership: raising kids, paying bills, chauffeuring to orthodontist appointments, softball games, and piano lessons. Her job was to secure their happiness, her happiness shelved for another lifetime. George had a life at work, separate and successful. There may or may not have been indiscretions – another unspoken hurt. Their marriage became the scaffolding for their family and not much else.

They wanted to get reacquainted and promised not to talk about the kids. After discussing the unseasonable weather, they stared at each other, familiar strangers.

George talked sports while staring at the TV mounted above the bar. There seemed to be a lot of activity going on by the screams of the crowd at the bar. It took ten minutes for him to notice her comatose state. He fingered the drink menu. “Illusion 1 or 2?”

Was he talking about happiness or another drink? She knew better than to ask such a probing question. They’d end up in an argument. “If I drink a Zombie, will I be transformed? Oh wait, I’m already a zombie wife.”

“I’m trying here. I want this to work,” George said. “Mission Impossible,” he said and pounded his finger on the sticky menu.

She felt nauseous and questioned whether the date was a good idea. Were they fooling themselves trying to rekindle romance?

“This is Love Junk?” George bellowed.

He showed her the menu. “This looks good. We should have one.”

“What do you want from me, Celia? I’ve worked hard for us and you treat me like a criminal. Gates of Hell!” he yelled across the bar to the waitress.

He got a crooked smile on his face. “Is that a drink?”

She knew that he was fumbling toward a new kind of togetherness. She tried to hold back tears but could feel them cling to her eyelashes.

He looked scared, like he was about to change the subject; or if they’d been at home, this would be when he’d disappear into the garage, anything to avoid an argument.

He reached for her hand and squeezed it too hard. He leaned in and gave her a clumsy kiss behind her ear, a long forgotten spot, and whispered, “Let’s have a U-Turn.”

As if it were that easy to yank the steering wheel left, squeal the tires, and erase the hard miles between them. George’s eyes glittered with the wateriness of a drunk or someone about to cry. She said, “Okay.”

He smiled in agreement. She understood they were agreeing to different things, but she clinked her glass with his and swallowed the rest of her drink. 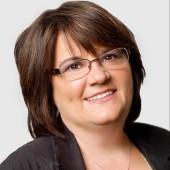