I get her number and it’s fairly easy because we work together so I can use that excuse and play it off. But I’m not too worried about it because she laughs at my lame jokes and looks at me with a look that says “I like you” and that’s fine because I’ve been talking to her long enough to know that I like her too and so she agrees when I tell her we should hang out sometime.

The first attempt at a date (but not really a date because when the word “date” is used people look for signs of compatibility in a relationship and I don’t want that to happen right now because I just want to make sure I like this person and want to see her again and maybe the word “relationship” will pop into my head somewhere down the road) doesn’t work out. I pick a day and she says she can’t.

But then she sends a text back saying “are you free Wednesday” and I know for sure that she’s interested because they don’t try to reschedule when they’re not and so I say “yeah” and we agree to hang out on Wednesday.

Except my dad calls and reminds me I’m visiting him Wednesday through Friday so I have to text her again and say “sorry can’t make it I forgot I had plans but sometime next week” and she says “okie dokie” and Wednesday night I’m sitting by a fire and decide to text her because I’ve had 12 or so beers despite having to wake up early for our 9:00 tee-time the next day and we text back-and-forth and I eventually tell her I like her.

I’ve suggested bowling and mini-golfing as potential things for us to do when we hang out because if we’re doing something physical it seems like less of a date than if we’re eating dinner staring at each other the whole time and she has stated that either of those are fine and then she says we don’t have to go out somewhere if I don’t want to and I tell her that she can just watch a movie over at my place but I also say I don’t want to sound like a creep when I tell her that and she says “you don’t.”

And now I know I have that in my back pocket if it rains or I don’t really feel like going out.

Next week rolls around and we’ve decided on a day to hang out and I’ve suggested mini-golfing as the thing to do and she says she’s okay with it which they always say because God-forbid you ask them what they want to do cause they always say, “I don’t know” and that’s how it is on the first couple dates until they’ve handcuffed you to the relationship and then they’re just telling you what the fuck’s going to happen and you’ve become their bitch.

But for now I’m still the man and I say mini-golfing and God damn it that’s what we’re going to do.

So I use my ace-in-the-hole and ask if she wants to come over and watch a movie to which she agrees and so she’s on her way.

She shows up 20 minutes late and parks outside my apartment and then steps out of her car into a puddle and I laugh at her and then make a lame joke about how her car’s going to float away and she laughs and we go inside and try to find a movie. I ask if she likes horror movies and she says no and her likability goes down a notch but is still pretty high so I go to my back-up genre which is drama because it will make her feel emotions and I’m pretty sure that’s what I want to happen and also fuck romantic comedies.

I put in Crash because I haven’t seen it since I first bought it and I’ve been meaning to re-watch it to see if it holds up so I promise myself that I will not try to kiss her while the movie is still going and also all I will do is kiss her because I want to be a gentleman and I work with her and don’t need some kind of reputation where I work. We watch the movie and I think it holds up pretty well except for Sandra Bullock whom I generally dislike and think could just be taken out of the movie with no loss to the plot and I question why she’s in there in the first place and I get to thinking about how much I hate The Blind Side even though I haven’t seen it and don’t need to and then I think how much I hate when people praise that movie and the fact that she got an Academy Award and then she says she loves Sandra Bullock and I say I hate her and she asks me if I’ve ever seen The Blind Side. To which I respond “I don’t need to.” And that’s that on that subject.

And then I smell it.

I casually lift the back of my hand to my mouth and act like I’m yawning but really blow hot air out and quickly sniff it to make sure my breath doesn’t stink. She doesn’t notice, but then again she’d have to be a goddamned detective to see through that excellent act.

My breath doesn’t stink. Hers does.

And suddenly it’s the only thing I can think about. I brush every morning and every night and Listerine after each brushing to make sure that my teeth are not yellow and my breath does not stink.

And apparently she does not.

Her hot dragon breath mixes with her perfume and nauseates me. But I like her. She’s cute and funny and intelligent and a little bit younger than me but I pushed that out of my head because I genuinely like her and I’ve told myself that I’m going to be a gentleman so at least I know I will have nothing to feel guilty about tonight. I say Fuck It because the movie has ended and there is a lull in the conversation and we’re looking into each other’s eyes and now’s as good a time as any so I lean in to kiss her and she turns her head and I get the cheek.

“Wow,” I say to her, “been a long time since someone’s given me the cheek.”

Which it has. It’s been just over two years. But that number is now reset.

“Are you mad?” she asks, which is the same thing the girl who last gave me the cheek asked. The last girl also told me it was because she wanted our first kiss to be special. Our first kiss happened 15 minutes later and was just as special as the first time would have been.

I say “I’m not mad” and laugh and she’s happy I’m not mad and I know she wants to kiss me, too, but I have a feeling she’s trying to play hard to get so I say fuck it I’m not playing that game she can come to me when she wants to.

It’s about 15 funky-breathed-filled minutes later when another silence comes and we’re looking into each other’s eyes again and she leans in to kiss me and I reciprocate and then I think: Damn it. You should’ve given her the cheek. It would’ve been perfect. But that time has come and gone and our lips separate after a few moments and I’m just glad I can’t taste the dog shit she was eating earlier. After a few more minutes she leaves, because it’s after midnight and she’s waking up at 5:00 tomorrow morning.

And I reflect on the night and wonder if the breath was a fluke and decide I need to give it another chance. I’ve got my own faults. I don’t like Sandra Bullock.

Plus I’ve never noticed the breath before and I noticed that she never got up to use the bathroom during her time here so I assume that she was dehydrated and that is the reasoning behind it and I’m happy and I go to bed.

We work a few days later. I see her standing toward the front door with her back toward me and I walk toward her. She turns around and says, “Hey.”

And Jesus that sour-cream-and-onion breath is back.

But we make plans for another night anyway because I tell myself I’m not that shallow I can give her a chance and all I can do is smell her perfume which has mixed with her breath and is now creating a 5-foot-stink cloud around her even when her mouth is closed that somehow only I can smell.

I want to scream at my co-workers, “Can none of you smell that god-awful fish breath?”

And I worry about date number two. 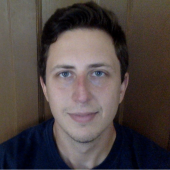