In Home Water, Home Land: A Prose Poem, Katy E. Ellis’ book rivals the work of Tess Gallagher and Anne Michaels. Ellis’ work is both singular in execution and composition as well as plural in that it offers the excavation of the self while exploring what it means to be from the Pacific Northwest, what it means to be American, and what it means to be American while living in a foreign country. It is an unflinching gaze and awareness of the dislocated self. Unlike many pieces of material that examine the dislocation or the alienation of the self in most popular coming-of-age materials, Ellis’ poetic autobiography doesn’t map the internal floundering towards maturity. Instead, this work is an atlas of the externalized interruption beginning with Ellis’ excommunication. In the opening poem, she writes:

What once washed over me, comes again, and goes, like the  grays and orcas, like tides and moons, the desired and detested,  what gives way and got away. I escaped not only a country, but  a childhood of spindly crosses to bear. A path of mangled  Bibles. (lines 1-5)

Ellis’ coming-of-age chronicle is exposed in the first chapter “Chapter Water,” and it moves forward to become the foundation of the collection and, quite clearly, the life of the writer. Ellis includes a letter from the elders of her church requesting her appearance at her excommunication. The letter dated 10 June 1990 asks that Ellis allow these brethren to “urge [her] to return to [her] Savior rather than to be among those who ‘deny the Lord that brought them, and bring upon them swift destruction’ (Peter 2:1 qtd. in Ellis). The additional notes and materials included in the collection reveal the autobiographical content and offer nuanced readings.

Moving from the portrait of a young woman living in various parts of Vancouver Island in Canada, the first chapter gives way to the exploration of wife, mother, family alongside considerations of geography, land, and—of course—religion. There is a struggle between concepts of church, religion, and faith which mirror the struggles between geography, borders, and home. In all, Ellis seems compelled to examine her excommunication and shunning, understandably so. She also appears to be sort-of obliged by necessity to observe herself and her place geographically and what it has come to mean and not mean to her. In “Chapter Land,” she reenters her life as her child ages: “First time I sailed to Canada, I was your age. A church friend—your Aunt Hil—and I […] / Two unsupervised sixteen-year-old girls, salt / air tangling our hair. We motored past Mutiny Bay, up / Admiralty Inlet and into the maw of the Strait of Juan de Fuca. / We floated in and out of ourselves, not knowing who we were / or what the world was made of except what we’d been told: / Good and Evil” (lines 1-12). Thus, she revisits and can anchor the first chapter as part of lived experience, as part of ageing, rather than a static moment whittled down to a loss of innocence.

Ellis’ coming-of-age is rooted in her loss of Lutheran faith, rooted in her excommunication, and rooted far more in the loss these actions exacted upon her parents especially her father than it seems for herself. She writes about leaving Washington for British Columbia:

When she says goodbye to her father,
they don’t know the depth of it.
They don’t know goodbye
means she will return as a girl who swapped
Christ’s cross and crown of thorns
for apple seeds and snail shells.

The way Ellis deftly illustrates goodbye as loss for her father and for her family is profound— and for many probably— evocatively recognizable, for she returns to them as—by their reckoning—someone else. When considering transitions—whether fictionalized or autobiographical—the growth exhibited is often internally chronicled and clocked, whereas, for Ellis many of her conversions (in and outside of the church) are externalized. She writes of her reintroduction within her family as occurring with her pregnancy. She writes:

When you were born, I was seen again. My parents watched
me expand my way to motherland arriving with you, their
eighth grandchild. I imagine they saw the chance you might
bring me back to church. I know they hoped I would bring
you to the baptismal font. And I saw my parents again
through you—the fear and desire that your child be safe in
mind, body, and soul. (lines 1-7)

This chapter closes with a declarative sentence addressed to Ellis’ child: “This is what I wanted to tell you” ().

Dragged home in a thread of silver passenger cars
we felt the kneel of skyscrapers under the weight
of death, unable, after all this time above dust,
to contain the journey we all steam through (lines 21-24)

This chapter seeks to exhume boundaries, borders, people, land, home. What becomes disturbingly clear is what it might have felt like for an American in America and away from home during 9/11. It becomes painfully apparent in poem after poem the expedition undertaken to get home while in their own nation. Waiting in New Mexico for the trains to begin running, Ellis writes: “Somewhere down the / line train cars stand like a row of cattle while dogs sniff for / bombs and agents sniff for shifty looks, turbans, or abandoned / packages. No one know what they’re looking for” (lines 1-6). One of the most evocative pieces in this section consists of one line: “From which now does everything become after?”

The pre and post of 9/11 becomes conflated with the pre and post of pregnancy. Life and death becoming, of course, naturally intertwined but carrying with this pregnancy, or the tragedies of 9/11, the losses of a nation, and the swelling of new life. The final poem in the collection indicates by its title alone the ongoing effects of 9/11, “Spiral: Pre—.” Here, Ellis writes: “We anticipate the / eruption of our mountains, our neighborhoods and coworkers. / We attend Winter Concert at the elementary school where a / timid choir sings of burning leaves that carpet forest floors. / […] we store tangled strings of lights / in our shadow rafters” (lines 1-8).

In all, this collection signifies an emerging poet of immense talent. Indeed, many of these poems are equally verse narratives, essays in scope, short talks at moments, and lyrical beauty that all work in tandem to seek out meaning in loss, family, land, and home. Ellis’ ability to not merely articulate all that might be involved in excommunication but to record and chronicle it throughout two decades from a young woman to a mother is autobiographical in in its reach but utterly compassionate in its undertaking. Where her excommunication becomes the setting or background for the collection, it would be complacent to read excommunication as a self-identifier, but the work is far more complex in intent and reach. It proves to be the contrasting states of melancholy, tragedy, and resilience that mark this book as astonishing and its writer as exceptional. 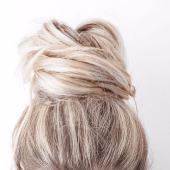