Does Not Love (Another Excerpt) Viola is sitting on the examination table at the doctor’s office in a green dress with an empire waist and sky-blue shoes. She is thinking about floating up through the ceiling of the doctor’s office. She is thinking about passing through the clouds then coming to the edge of the earth’s atmosphere and then continuing onward, past the rim of debris caught in the earth’s gravitational pull, past the meteors and the asteroids and so forth, she’s not picturing the details too clearly now, past the moon and the earth-like planets, past the unearth-like planets, out of the solar system. Her husband Robert is holding her hand. This is their third miscarriage. Robert is wearing wrinkle-free gray slacks and a wrinkle-free white shirt. The doctor is telling them about how it is possible to have a healthy child even after multiple miscarriages.

“Spontaneously abort,” is the term for what Viola’s body does and has done with the pregnancies. There is not always a good explanation for it, the doctor explains.

They are cursed, Viola thinks, Viola and Robert and the doctor, to repeat this scene over and over, like ghosts replaying the circumstances of their untimely deaths.

Viola and Robert have a fight in the parking lot of the doctor’s office, except that it’s not a fight, because Robert is being too reasonable. That’s how Robert gets when he’s upset: too reasonable. “It would make me feel a hell of a lot better if just for once you’d raise your voice,” Viola says.

“I’m not going to raise my voice,” says Robert.

“It doesn’t make any sense to have the doctor get it out of me,” Viola says. “It’s an unnecessary procedure and potentially damaging to my health.”

“That’s true,” Robert says. “I mean that may be true. The part about it being potentially damaging to your—”

“I don’t have diabetes,” Viola says. “I don’t have heart disease, or kidney disease, or high blood pressure or lupus. My uterus contains neither too much nor too little amniotic acid. I don’t have an imbalance of my progesterone nor a so-called incompetent cervix. I have had ultrasounds and sonograms and hysteroscopys and hysterosalpingographys and pelvic exams. I have eaten healthy. I have exercised. I have refrained from tobacco and alcohol and caffeine. I have taken folic acid and aspirin and—” Viola starts crying, standing there in the parking lot.

News helicopters fly overhead. On the radio there’s a story about another shooting downtown. Outside the car window, rough parts of Indianapolis stream by.

Viola’s aunt and uncle arrive from North Carolina. They are prepared to do whatever they can to help. What is there to do? Viola presses her face into her aunt’s bony shoulder. Viola’s huge uncle walks around the house, testing the structural integrity of the walls. Robert returns from the grocery store.

“I bought a baked chicken,” Robert says. “It’s … I don’t know. Normally I would cook something but …” Robert removes the baked chicken from its plastic container and puts it on a serving dish. He adjusts it. “There,” he says.

Viola’s aunt and uncle encourage her to eat. “Eat, baby, eat,” they say, rubbing her back, stroking her hair. Viola looks down at the baked chicken, as if considering what it might be.

“Is it about to come back up for a vote?” Robert asks.

“I don’t work in secret law,” Robert says. “I do corporate litigation.”

“How is the corporate litigation world these days?”

Viola stays in bed for an entire day. She looks at the blinds. I’ve never liked these blinds, she thinks. Bamboo. They don’t go with anything else. Why do we have these damn blinds.

Viola and her aunt go and get drinks at a country-western themed bar in a strip mall near the actual mall. Viola still looks pregnant. The blond waitress who comes to their table stares at her belly, dubious. According to the doctor, Viola’s body should expel the child naturally in several weeks. “I don’t want to expel the child naturally,” Viola says, slightly drunk. “I want it out of me.”

Several nearby patrons glance over. “My womb is become a grave,” drunk Viola says, trying to be quieter.

“My womb is become a grave.”

Viola’s aunt, who never had kids of her own, helps Viola into the car.

“My womb is become a grave,” Viola, still a little drunk, whispers to Robert in bed that night.

“Stop it,” Robert says. “Your womb is become no such thing.”

The next day Viola heroically cleans the bathroom.

Every night for a week after that Viola dreams about giving birth to her dead child. Or, it appears dead, at first, but after a moment it coughs, rubs its eyes, and crawls from the doctor’s hands up onto her belly.

“I thought you were dead,” Viola says.

“Oh sure,” says her son. “I was. But according to the ancient laws of pregnancy, after three times, something is born. You can’t expect to give birth three times without something being born.”

“I suppose not,” Viola says. Sometimes, in the dream, she’s back in North Carolina, on the coast, where she lived as a girl with her aunt and uncle, and everything around her has once more been flattened by Hurricane Diana. Other times she’s walking through downtown Indianapolis late at night when the first contractions hit, and she gives birth surrounded by empty corporate towers and closed restaurants, terrified that something or someone will swoop down on her and steal her child before it has the chance to speak.

“I want to be kind towards you,” Viola says to Robert. Robert is cutting up a tomato for a tomato sandwich. “Ultimately this is your loss, as well as mine. But I’m not sure if I have enough kindness right now to show towards both of us.”

“In the future I will probably be kinder,” Viola says.

Robert and Viola eat the honestly somewhat disappointing tomato sandwiches that Robert fixed. The tomatoes were beautiful, but not delicious. Later, they drive to a home furnishings store. Viola keeps wanting to buy things that don’t go with anything else in the house. “Where would we put that?” Robert says.

“We’re not going to buy something just to stick it in a closet.”

Viola is insistent that she wants to go back to work. “I think it might be good for her,” Robert says.

“She doesn’t know what she wants,” Viola’s aunt says. “She is clearly still distressed. I think you should talk to her about this.”

Robert talks to Viola. “Is my aunt trying to get you to convince me not to go back to work?” Viola asks.

“Jesus, Robert, I’m an adult. I can make my own decisions about when to go back.”

“Of course you can. She’s just worried about you.”

“I can see how going back to work might make sense, from the perspective of getting your mind off things, of giving you something else to focus on.”

They pass the strange blue child around the room. Everyone kisses it, gently, on the forehead.

“I thought this one was going to make it,” Viola’s uncle tells Robert, in the hallway afterwards. “We bought all these baby toys. We were pretty sure this time. Like we had this feeling, she seemed to be doing so well. And then when we had to take all those toys and things back …”

Robert’s mother and father, who live in Geist, a suburb north of Indianapolis, arrive at the hospital bearing beautiful boxes of expensive Chinese takeout.

They give the child a name. There is a small ceremony.

At work Robert empties documents from storage boxes, puts different-colored sticky notes on each document to identify what role it is to play in the upcoming deposition, then puts each document back in the storage box from which it came. There are mountains of storage boxes. New storage boxes keep arriving, smiling legal clerks rolling them in on handtrucks.

Robert is an associate at an old and prestigious law firm in Indianapolis that has as its clients several energy companies and a large pharmaceutical corporation headquartered downtown. The building that houses the firm where Robert works was designed by the architectural team of Vonnegut & Bohn, whose other work in Indianapolis includes the Ayres Building, the William H. Block Co. Building, and the German Renaissance Revival-style Athenaeum, also known as Das Deutsche Haus. Several of the original Vonnegut & Bohn buildings have been torn down, which is unfortunate, culturally-speaking, but many of those that remain are on the register of national historic places.

“The question from a legal perspective is whether the company specifically encouraged this off-label use,” says one of the bright-eyed, smooth-skinned legal clerks.

“Of course doctors are free to prescribe off-label uses, if they want to,” says the legal clerk. “That’s not the issue.”

“Right,” says Robert, sorting through the delivery that he has ordered for his legal team. “Do you want a corned beef? What do you want?”

“I believe actually I ordered the pastrami.”

Robert thinks about the summer between his L1 year and his L2 year, before he met Viola, when he had briefly dated a blond, skinny legal clerk at the firm where he was interning in New York. She had such a good face. It was a long face, but Robert liked it. He keeps up with her occasionally; there is the occasional email. He knows basically nothing about her personal life, but professionally, she is doing quite fine.

I showed a high degree of promise in law school, Robert thinks. I edited my school’s law review. I had offers from several more prestigious firms in New York, but chose instead to come here, back to Indianapolis. It was not Viola’s first choice, but she understood how important it was to me, the idea of home. She found a job here and for a while it seemed like everything was exactly right.

During breaks he looks up vacation destinations on the internet: Maui, Barcelona, the Black Forest, Tibet. He looks at pictures of foreign destinations and feels a longing.

Robert has so much money but it never feels like that much money.

“How old are you now, Robert?” asks one of the firm’s senior partners. “Forty?”

“Thirty-six. That’s still quite young. In the grand scheme of things, Robert, that’s quite young indeed. You have your whole life ahead of you, Robert.”

“And you have a beautiful wife. Is this your wife?” the partner asks, picking up the framed picture of Viola from Robert’s desk.

In bed that night Viola pushes Robert away. “I don’t want to be touched right now. It’s okay for you to be nearby. But I don’t want to have someone else actually touch me right now.” What she cannot explain is the way it is overwhelming, how his touch is connected to the thing she is feeling right now. Robert of course cannot help feeling hurt.

“It will be better later Robert.”

Robert is quiet. Viola can feel the hurt radiating off of him like heat. 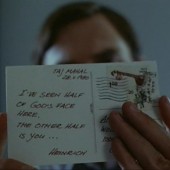 James Tadd Adcox’s work has appeared in TriQuarterly, The Literary Review, PANK, Barrelhouse, Mid-American Review, and Another Chicago Magazine, among other places. He lives in Chicago.