Drinking from the Deep Blue Waters of ‘Writer’s Writers’ We all have one: our favorite “writer’s writer.” Of course it’s impossible to keep this honorable designation to just one individual, so we carry a select list of names with us and we protect this list, along with the spirit and reputation of these writers, as if they were the biological mothers and fathers of our children.

And, in some ways, they are. They’re the guardians of our creative works, the adoptive parents of our narrative creations, the yin and yang, the ebb and flow. We might think we are the fruit of their loins, and we may feel like we are cut from the same cloth, but our writing can only be shaped so much by their influence. We only can allow them to affect our line of thinking—our bell curve of imagination—so far and so often; otherwise, it feels as if we are stealing from—if not biting—the hand that feeds us.

So how do we define a writer’s writer?

“WRITER’S WRITER: one who lives at or below the poverty line” – Steven Heighton, “A Devil’s Dictionary for Writers”

Is he or she someone who only other writers can appreciate and the general public thinks is too snooty or boring to be bothered with?

Is it someone who’s exceptionally good at his or her craft, but doesn’t have as much name recognition as he or she deserves?

Okay then, is it someone whose writing contains inventive techniques and linguistic feats of ingenuity? Is it somebody who produces not spasms of mischievously overblown rhetoric or ostentatiously contrived devices, but lusciously fluid, wildly uninhibited and tenderly controlled prose and poetry that simply behold and amaze us to the point that we, the common literary folk of the bleacher seats, need bow in his/her presence?

Yep, that about sums it up for this bleacher bum. The writer’s writer is the indispensable utility player whose versatility with the pen commands the respect of his/her peers and the attention of only the most astute of readers.

Moreover, the main thing that separates a writer’s writer from a pedestrian writer—the latter of which is a writer who produces content but doesn’t really qualify as a “writer’s writer” because the stuff they’re releasing into the great wide world is adequate at best—the notable difference between these two disparate beings is a writer’s writer really doesn’t try all that hard to succeed.

(Okay, that’s not stating the facts; truth be told, a writer’s writer is doing—in both theory and practice, effortlessly or not—what he or she really was put on earth to do.)

Some writer’s writers struggle to optimize their gift; they wrestle with tons of external distractions and cerebral interference—and this sometimes results in short lives and/or sparse results, but in large part, it’s their fingers that do the talking—like gourmet chefs, they prepare their meals in a thoughtful but seemingly unconscious, ethereal manner.

You might say that these writer’s writers are just taking orders from the skies, while the earthbound professional writers, more or less, just serve up the dish in ordinary fashion—bland, overwrought, or merely edible. The offering of pedestrian writers is never delectable. Like a meal easily forgotten, it serves its caloric purpose, but fails to satisfy the palate.

Now that we’ve made a gastronomic leap to distinguish the “writer’s writer” from the writer of grey, tasteless matter, it would be scrumptious (sorry) to list some of the anthologies that have managed to trigger my appetite to such an extent that I have had the moxie to become a publisher of literary fiction. These volumes, in part, helped me cross the line that delineates an industry outsider from a savvy insider. The short stories in these volumes illustrate the difference between writing that performs commendably in front of polite applause vs. writing that sultrily dances the “danza de la muerte” and the “danza de la vida,” while simultaneously bringing down the house.

The following literary collections, listed in chronological order (and heavily weighted toward Carver and my hazy college years), have undeniably and irreversibly twisted my way of thinking. Many of the writers in these volumes hold the distinction of being household names; some do not. Perhaps it’s time for you—as a living, breathing writer, purveyor and consumer of literature—to permit the mind-molding invasion of these apparitions and identify your modern day muses. 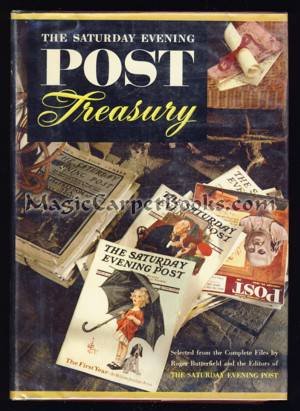 Highlights: “The Secret of the Tin Box” by Paul Horgan; “That First Husband” by John O’Hara; “Strangers in Town” by Shirley Jackson; and “The Love Letter” by Jack Finney

Highlights: First Prize winner Renata Adler for “Brownstone” (The New Yorker, January 27, 1973). Third Prize winners including “Is Anyone Left This Time of Year?” by Frederick Busch (The Fiddlehead, Summer 1972); “The Things” by John Gardner (Perspective, Winter 1972); “Put Yourself in My Shoes” by Raymond Carver (The Iowa Review, Fall 1972)

Highlights: “The King of Jazz” by Donald Barthelme; “Reunion” by John Cheever; “The Cliff” by Charles Baxter; “A Walled Garden” by Peter Taylor; “Thank You, M’am” by Langston Hughes; “Popular Mechanics” by Raymond Carver; “Say Yes” by Tobias Wolff; “I See You Never” by Ray Bradbury; “Tent Worms” by Tennessee Williams; “Sunday at the Zoo” by Stuart Dybek; “The Neighbor” by Russell Banks; “Reading the Paper” by Ron Carlson; and “A Lost Grave” by Bernard Malamud

9. First Fiction: An Anthology of the First Published Stories by Famous Writers (1994)
Edited by Kathy Kiernan and Michael M. Moore, with an Introduction by Jane Smiley

Highlights: “Aftermath of a Lengthy Rejection Slip” by Charles Bukowski; “Miriam” by Truman Capote; “Furious Seasons” by Raymond Carver; “Landing in Luck” by William Faulkner; “Babes in the Woods” by F. Scott Fitzgerald; “After You, My Dear Alphonse” by Shirley Jackson; “Wunderkind” by Carson McCullers; “Benefit Performance” by Bernard Malamud; “Mademoiselle Claude” by Henry Miller; “The Geranium” by Flannery O’Connor; “Such a Pretty Little Picture” by Dorothy Parker; “The Daring Young Man on the Flying Trapeze” by William Saroyan; “Report on the Barnhouse Effect” by Kurt Vonnegut; and “Death of a Traveling Salesman” by Eudora Welty

10. Children Playing Before a Statue of Hercules (2005)
Edited and Introduced by David Sedaris

Allow me to spew forth an impulsive list of “writer’s writers” from whom I feed daily. These writers, many of whom are dead and ubiquitous, continue to inform and electrify me and likely will stay under my skin with the impact of free radicals altering my artistic DNA until I expire. These famous writers are seers of our culture’s trade winds and their inclusion should be of little surprise to those familiar with the deep blue waters from which we drink here at Atticus Review. For those new to these rivers, I offer in alphabetical order 15 iconic names for your immersion: Edward Abbey, Edward Albee, Charles Bukowski, Raymond Carver, John Irving, Jack Kerouac, David Mamet, Carson McCullers, Henry Miller, Flannery O’Connor, George Orwell, Tom Robbins, J.D. Salinger, Hunter S. Thompson, and Kurt Vonnegut. What’s liberating about assessing the earlier works of these writers is to observe how even they at one time doubted their skills and countered rejection. Even they paid their dues, competed for literary prizes, and sought recognition because they so relentlessly craved validation from their peers and/or needed the money. But what also separated their wheat from the chaff was that incurable disease known as addiction. They were addicted to words and their obsessive compulsive disorder was a desire to communicate with language to the nth degree. No matter who was listening. Or not.

“Some writers I know have stopped writing short stories because as they say ‘There is no market for them.’ Others like myself, the addicts, go on, and I suspect I would go on even if there really wasn’t any home for them but a private drawer.” – Doris Lessing

Who’s your favorite “writer’s writer?” I bet you can’t name just one.