Back in July, I’m standing there, having ordered a turkey club, and I look over and I’m standing next to this girl, and she looks like any other doe-eyed white girl in Williamsburg, but then I look at her arm and she’s got this tattoo of a cheeseburger. And I don’t know, something about that cheeseburger got me thinking about how I had to get out of New York. It was like the cheeseburger was a mouth, like the bun was a set of lips, and the patty was a tongue and it was saying, “Go west, young man.”

From the start of Jarett Kobek’s new novel, BTW, the reader is unsure what the goal of the unnamed narrator actually is. American-born son of a Turkish immigrant, he moves across the country out of obscure motives. Settling into Los Angeles’ nightlife scene, he attempts to sort out both the past and the present—the sting of a freshly-failed seven-year relationship; an enigmatic yet far-from-normal father; a friend-turned-lover-turned-enemy. He busies himself with hyper-intellectual monologues, dissecting and reorganizing theses on subjects such as film, classical literature, and cultural identity. What we are left with is realism as poured through the double colanders of self-doubt and self-deception, thickening the air with an unreliability that recalls Albert Camus’ The Fall, or, more recently, Ben Lerner’s Leaving the Atocha Station.

She loved the roaming packs of alienated girls who wandered the miniscule campus, their heads packed with Adrienne Rich. She vibed on the multiculti fetish, grooved with the inexhaustible victimization culture, dug the lack of majors.

Yet the majority of the story offers description of the ebb and flow of his tenuous relationships, the authenticity of love, about the difficulty of forging a mutual meaning in the modern age. Through a certain amount of sprezzatura and bad luck, he unfailingly fails.

“I love California,” I said. “It’s amazing. Everyone here is the child of Fritz Lang and Wernher von Braun.”

“You’ll leave when you’re bored,” she said. “You’re biding time until something better.”

There is a reason beyond our elementary school educations having inundated us with manifest destiny that we read so many novels about young Americans moving across the country to rediscover themselves. We read and write these novels because they are one of the best ways to take our collective temperature, to stack them up against one another and compare where we as a generation are headed. Whether these exoduses are because of wanderlust, depression, running toward or away from something, we usually know how it will end up—a crucial character flaw is discovered, but only too late, as the damage has been done.

But for all of its similarities to the traditional template, BTW alters the formula. It allows us to briefly believe that the narrator will find an answer to his solution, allows us to believe that the novel will lead us to a conventional resolution; but we are given what, in reality, life gives us: another chapter—an ending much like the beginning. While he lacks a certain sincerity toward the women with whom he attempts to love, the friends with whom he tries to be himself, Kobek diverts much of the character’s honesty toward the reader—making us his true lovers.

If this were a better book, I’d relate a moral lesson, a bitter comeuppance, but there wasn’t and there isn’t.

As the story snakes through a groove of well-timed emotional beats and rests, we meet people like Irish Ned Kelly and the Butterfed Behemoth, people so unique that they can only be real. What makes them more captivating is not what is revealed about them, but what isn’t. They only exist as relative to the unnamed protagonist’s confused search for clarity. The reader learns less about him from his rants about Wuthering Heights and Kierkegaard as she does from seeing what sticks after he has thrown himself at his friends, strangers, his father—his lovers—as we see the residue of a personality at odds with itself.

On the corner of Broadway and 8th, I started a conversation with a vagrant. He said that he’d slept with seven women earlier in the day, that his women loved him in that old time way.

“I have no idea what that means,” I said, “but you’re still making me jealous.”

He asked for change. I gave him two dollars.

Khadija pulled up. Farewell, farewell, I cried to the vagrant, but he’d forgotten me.

In a Dorothy Parker-esque solution of misanthropy and comedic relief, Jarett Kobek’s BTW x-rays the bones of American youth and pores over the images for fractures. Kobek also does a laudable job of critiquing the institution of the stenciled 21st-century intellectual.

I returned to Tabitha Brown and apologized for the following: (1) The very annoying half-year during which I could not stop talking about spurious hidden connections between the Czech New Wave film Sedmikrasky and George Eliot’s Middlemarch. (2) The awkwardness of our early days, when I was hung over from previous romantic idiocy and imbued with high levels of masculine bullshit. (3) A self-righteous phase during which I pressured Tabitha Brown to abandon the weave and grow out her natural hair . . .

And some of the prose is downright poetic-cum-philosophic in all of the ways we want it to be:

I would miss the wild dream of her, of thinking, briefly, that life’s absurdity might be conquered by mutual misunderstanding.

Jarett Kobek does to the bildungsroman what it has wanted to have done to it for years: to be engaging, creative yet honest, and sans preachiness. There is some comfort in a world not constantly preoccupied with resolution. Looking at the broken pieces of a thing once whole, we are allowed to just see the shards for not what they were, but what they are now—broken pieces. With a casual aloneness, the narrator is somehow torn between holding on to the relationships he makes, and letting them go.

Assembled with maniacal attention to detail, the novel see-saws between wacky and austere, fierce and elegant, coffee-spilling comedy and sweaty-palmed awkwardness. BTW is a literary Rube Goldberg machine—it’s impossible to look away. 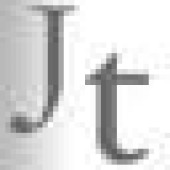 Joe Trinkle lives in Philadelphia. His fiction has appeared in venues such as Pear Noir!, Birkensnake, Atticus Review, and New Fraktur Arts Journal. His most recent endeavor is as co-editor of The Synchronia Project, a multi-authored literary beast due out this February. Contact him at joetrinkle.com