Getting Better With Age: A Review of The New York Stories By Ben Tanzer In Ben Tanzer’s collection, The New York Stories, we are invited into a world where the Yuengling flows freely, high school hormones run amok, and a stiff drink is only as far as the local watering hole, Thirsty’s. This is the fictional upstate New York town of Two Rivers, the kind of place you’ve probably driven through, stopped for gas, and considered, Who the hell lives here?

The stories are interconnected in as much as a beer at Thirsty’s connects everyone in a small town. Characters move in and out and around a place so familiar, it could be your town—or my town, because I’ve never quite forgotten the time I kissed Susan Smith under the bleachers at Homecoming, and the smell of the stagnant air as she bit my lip leaving me surprised at how much more experience she had than me.

The New York Stories is a three volume set, each published as separate books across a span of nearly nine years and because of this, the book builds a wonderful grand arc, narrative hindsight in a way that allows the whole thing to function as a story greater than the sum of its parts. We see not only the long protracted march of Two Rivers and its inhabitants, but, because of the time between when the volumes were written, the development of Tanzer as a fierce and world-class writer. This development is a beautiful thing to watch.

It’s not that the first volume of stories (Repetition Patterns, 2008), isn’t worthy of the others—it is a fine installment indeed—but the reader has the distinct feeling they’re watching Tanzer grow before their eyes, that the Ben of 2008 is not the Tanzer of 2014. And happily, he shouldn’t be, for we should all hope to grow with every ensuing page, and Tanzer seems to say as much in the introduction to the book: “It is… a look at how we grow and things change and warp, and the need to keep talking, and keep musing, as we try to make sense of all, or any of it.”

The conflict of the mostly first person narratives in the first volume are often off-loaded to characters other than the narrator, a fine and enjoyable style that lends itself well to characters looking back, reminiscing about high school and love lost and, What ever happened to that girl Lacy Chalmers who may have (quite possibly) slept with the music teacher? These narrators are observers, very often disseminating information for the purpose of describing the real story taking place just slightly off stage, a common approach when a young writer is trying to get at the heart of conflict but isn’t quite sure yet how to shift that conflict to the person doing the talking. In an early story, The Gift, the narrator recounts a conversation with his sonically-mysterious friend, Fern, as she says, “I’m not having children, there’s too much pain in the world,” and one can’t help but wonder if the story might be better served in hearing from Fern herself.

As the book moves into the second volume (So Different Now, 2011), we see Tanzer start to bring his narrators conflicts more front and center. In the story, Never Said, the narrator struggles to understand how his teenage advances on a high school cheerleader could possibly be seen, years later, as rape. Here we feel Tanzer changing, warping. We feel his need to keep talking, to explore the innards of his narrators. It is this juxtaposition, the move of conflict toward the center, that provides power to each subsequent story, making the entire book work on a level that belies any minor qualms about conflict avoidance. And this is how it should be, for this is a book of stories that stand proudly on the story that came before it, a book ripe with the feeling that the entire thing was written in order, story by story, year after year. As we see the characters of Two Rivers grow, we see Tanzer’s infallible skill do the same. He is making sense of it all, or any of it, and it makes for powerful forward momentum.

As the book moves into the third volume (After The Flood, 2014), the characters become fully invested in their own misfortune. The narrative distance of the first two volumes becomes very nearly present tense as Two Rivers battles a storm of epic proportions, its characters left fighting for themselves, for each other, for what matters to them most, and so often not the material things, but the core of what we’ve been waiting for:

“My father once told me that stealing another man’s woman was the most pussy thing a man could do. It was like murdering him. That never stopped my father though. Nor did it stop me. Of course I never did listen to him. Something I find myself thinking about the night Claire and I are drinking at Thirsty’s and we run into Mark.”

It is here that we see the narrator searching inward, taking stock of his story, coming to terms with what he knows of himself in the face of fierce weather, and it’s where Tanzer is at his best. The New York Stories build to a thrilling climax, its characters front and center, their pain our pain, their town our town. We come to understand that innocence is a harsh mistress, that the thought of kissing Susan Smith under the bleachers, as heartwarming as it may be, is no match for the coming storm, that destruction in the wake of nostalgia is almost always inevitable.

The final volume of The New York Stories is a present and human dissection of the truth, of everything we’ve learned from the volumes that preceded it, of everything that Tanzer has culled from his years since their inception, and it gives the entire book a sense of mastery, a feeling that, if we roll Tanzer’s artistry around in our hands and examine it close enough, we may just discover that it was his plan all along. 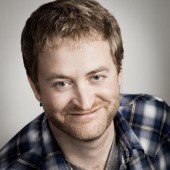 Chris Tarry is the author of the story collection, How To Carry Bigfoot Home (Red Hen Press, 2015), and holds an MFA from the University of British Columbia. His fiction and nonfiction has been published widely. http://christarry.com