I admit my father could be a little strange. He’d often retreat into himself, huddling in the black, silent cave of his study, and then, suddenly, he’d invade his family’s space, a bear lumbering from hibernation, full of savage energy and determination, only to suddenly, inexplicably disappear again into the darkness inside him.

Somehow my mother, as good an actor as anyone else, kept us all together.

We’d often hear my father screaming in his sleep. Sometimes he would run out, naked, soaked in sweat, mumbling curses at the devils within him until he’d collapse, sobbing, on the floor. We’d just leave him there, and if he was still there in the morning, we’d walk around him as if we were avoiding a mound of stinking dog dirt on a sidewalk.

And yet somehow he’d worked, writing screenplays for movies he would never watch. It was as if he used his writing to step outside of himself, to be something else, to be his real self perhaps, and the more real the screenplays became, the less real his memories became.

I never listened much to my father, but one of the stories he told when not demented was about living with the Cree people in northern Alberta, Canada. He claimed they had taught him a lot about how life should be lived, and he revealed odd fragments of those secrets in scattered situations, giving me just enough in the hope, I suppose, that I’d search for more complete answers. But, of course, I never bothered. I knew better than to think I could learn anything from him or the Cree.

Apart from whatever it was he imagined the Cree had taught him, my father gave most of his advice via his silences. When I came home with my first and last gun, he said nothing. I went out behind the house caressing the cheap pellet rifle, idly looking for something to shoot until a squirrel scrambled up a young alder and I popped off pellets at it.

My first shot ripped the squirrel’s body, and it hung there, clinging to a branch upside down, screaming its defiance. The slender tree swayed with its weight and energy. Finally, a lucky pellet tore through its head and it slithered down the branch and crumpled to the ground.

When I turned back to the house I saw my father had been watching. He stood for a moment, motionless, absolutely silent, looking toward the grass where the squirrel had fallen, and then he simply walked away. I suppose I should have pretended to be ashamed, or shown even a little remorse, but I didn’t.

I didn’t learn anything–not then, anyway.

I always sneered at my father’s stories. One was about one of the Cree, an old man who cleaned the settlement’s school, which my father described as a one-room log and plywood shack with a splintered wooden floor and thin windows leaking cold air.

I pictured it as old and worn out like the old man, a ramshackle structure built in a hurry years before. The kids brought in mud in spring and snow in winter, but my father told how the old man always did his duty, however futile it was. I never would have bothered, I thought.

My father mentioned the old man again the day my best friend destroyed my trail bike. We’d been riding by the river, jumping muddy pools, skidding great clouds of dust behind us. Then my best friend took a hill blind and turned turtle in mid-air. The mass of bike and boy slammed into a wall of rock, the wheels crumpled, the frame twisted, and the handlebars folded into a concertina of chrome.

My beloved bike! I was so shocked it was a long time before I thought to look at my friend. He lay like a crumpled grasshopper, blood smeared across his dirty face, a thin arm distorted, and he was moaning with pain.

I wanted to kill him.

My other friends somehow got him home, his nose and arm broken, leaving me to struggle home alone with the remnants of my bike.

At dinner that night, my father again mentioned the old man who’d cleaned the school. It took me a minute to realize he was talking about my bike; I was tempted to tell him he should have been a preacher, he avoided coming to the point so much.

He told me the old man would say “key-am,” or at least that’s what it sounded like, which meant whenever something was broken or lost, “we can yell and scream and blame people, and when we’re done, it will still be broken or lost, and people will be hurt, so why not miss out on the yelling and screaming and blaming, and just move on?”

I thought both my father and the old man were crazy. Exasperated, I left my plate of chicken and fries on the table and went up to my room. I’d learnt by then that old people weren’t worth my time. Forgiving was out of the question. I had a score to settle, and simply getting even wasn’t going to be good enough.

Eventually, of course, I got another bike, and I made other friends. The best friend who’d wrecked my bike was still around, but I could never forgive him. I was angry and resentful, and he was embarrassed, and we drifted farther and farther apart until we didn’t see each other at all.

January 2002, when the Olympic torch came through town on its way to Salt Lake City, was brutally cold, and it was snowing the night my father stopped for gas on his way home. When two men robbed the gas station, he happened to be standing next to the till, so they shot him dead, two days before his fiftieth birthday.

The men jumped into a teenager’s Mustang and slammed it into a transit bus just a few blocks away. They were the only ones not injured; the bus driver almost died.

I hadn’t been close to my father, but suddenly, inexplicably, I remembered the squirrel I’d killed, and the absurdity of my father’s death made me feel real hate for the first time. I went to the men’s trial and stared at them relentlessly, willing them to turn and see and know my determination to wreak vengeance on them, whatever the so-called justice system might decide. But of course they wouldn’t look at me, and I left the court each night shaking and furious, cursing everything and everyone I came across.

Who cared about a 16-year-old kid?

Several years after my father’s death, I was in the bus depot in Spokane on my way home from college when I saw an old Native American watching me as if he thought he knew me but couldn’t remember why. His stare made me uncomfortable, and I grabbed my bag and hurried away.

But his brown, sad eyes haunted me, and I remembered my father telling me about the old man cleaning the school day after day, a task worthy of Sisyphus, and I realized, much too late, that the old man had been dutifully fulfilling his obligation and doing what he could for the settlement’s children. I realized he was, indeed, an honorable man.

I remembered “key-am” then, and my father’s killers languishing in jail, and I knew I’d kept myself in jail as well. I felt guilty for how I’d treated my father and I felt a raging anger at the men who had made our reconciliation impossible. But I soon realized it wasn’t their fault; I had poisoned my own life. It was almost too late, but “key-am” now made profound sense.

I forgave my childhood best friend and forgot my bike. I remembered only how my friend and I had played ball and swam and climbed trees and chased girls, and for the first time in years I missed him and the childhood I’d ruined for us. But by then he’d moved to New York, and then on to somewhere else, and I never saw him again.

And I remembered my father, and all he’d tried to teach me, and I could only regret I’d never thanked him when he was still alive. Somehow he’d taught me that life can only continue if we forgive and forget, and refuse to carry around the crippling burden of the past.

It took me far too long, but now that I’ve forgotten so much and forgiven even myself, I’m finally free. 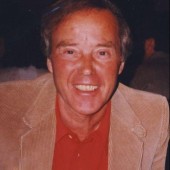 Roger Smith was born in England and educated in the United Kingdom, the U.S., and Canada. He has taught a variety of subjects in Canada, Mexico, and China. He is the author of the environmental teaching resources Strands In The Web and Preserving Our Pale Blue Dot, and Darkness, my old friend, a novel with environmental themes. In 2013, his stories have been published in firstwriter.magazine, Issue 22, Winter 2012-2013, and by netsagas.com, nazar-look.com, and pixelhose.com. He lives on Vancouver Island on Canada’s Pacific coast.