Hard-boiled Soul: A Review of The Lost Treasures of R&B By Nelson George Nelson George’s The Lost Treasures of R&B is an edgy little thriller set to the pulse of contemporary R&B and hip-hop that divides its time between page-turning action and more thoughtful ruminations on gentrification and the perils of the music business. This is a tricky balancing act, but George manages to pull it off largely because his protagonist, professional bodyguard D Hunter, steeped in the hard-boiled tradition but thoroughly fresh and modern, is so compelling.

Because George and most of his characters are African-American, you’re likely to find Lost Treasures in the “urban” section of your bookstore. In some ways, this echoes the early days of the music industry against which the novel is set. Up through the 1940s, record labels used the term “race records” to describe music by African-American artists. The music on these records – blues, early jazz, nascent rock n’ roll—represents the larval stage of American popular music as it existed before a smattering of black artists like Little Richard and Bo Diddley were able to crossover and Sun Records figured out how to sell black music to white audiences in the form of Elvis. Though it seems patently offensive today, the term “race record” was less a derogatory or dismissive slur and more a marketing tool, making it easier to sell the music by targeting its ostensible market. Of course, white America has always had a taste for black music, and plenty of white folks were clearly buying and listening to this music, as it slowly began to work its way into mainstream American culture.

Critics can argue about the quality of the music, but the modern music industry is no longer segregated as it was in the race record era. Black rappers and R&B singers jockey for position on the pop charts alongside white pop princesses and boy bands. Many of our most influential tastemakers are black producers and record execs. All of this makes the idea of race records seem as quaint as rotary telephones and lynching. But the more things change, the more they stay the same, and recent events have shown that racial tension and violence are hardly relegated to the past. But at least we’re all a little more comfortable getting down to the same groove.

So why are the bookshelves still segregated? The world of “serious” literary fiction might be having a little bit of a multi-cultural moment right now, but genre fiction is still marked by race and gender classification. Chick Lit, a label that seems limiting to some and empowering to others, is a marketing term used to describe books by women for women. Books by black authors featuring black characters are labeled “urban.” We have urban romances, urban thrillers, urban mysteries, urban noir. Should we see this in a positive light, just a marketing tool to ensure these books don’t get lost in the stacks? Or is divisive and limiting, implying that readers who aren’t black don’t want to read black books? Either way, The Lost Treasures of R&B, often categorized as an urban noir, works.

Lost Treasures is the third installment in the D Hunter series. D, a Brooklyn native who’s just relocating back home in this book, runs a private security business, often working with A-list clients like Jay-Z and Rhianna. D is tough, street savvy, and thoughtful, scarred by a life marked by loss. He’s also HIV-positive, which floats around the background, haunting but not defining his life. Though he’s not technically a detective, he’s a direct literary descendent of private eyes like Sam Spade, and the novel fits neatly into the hard-boiled tradition without seeming derivative. Fortunately for readers, D’s business has a knack for putting him in tight spots with a slew of memorable characters.

The novel follows D as he gets involved in three separate mysteries. The main plot unfolds when D is hired to protect Asya Roc, an upstart rapper who isn’t quite as streetwise as he likes to think. Providing security for Asya Roc during an ill-advised visit to an underground women’s prize-fighting ring, D foils a robbery, ends up holding a bag of guns, and catches the eye of Rivera, a corrupt NYPD detective. Through a series of twists, this sordid affair brings D into the world of a development company busily gentrifying his old Brooklyn neighborhood. Along the way, D agrees to work on two other cases. One involves Ride, a recently-released convict in search of an old flame. The other, which lends the book its title, revolves around a rich British record collector hot on the trail of a mythical R&B 45 supposedly cut during an impromptu late night jam session involving Otis Redding and Diana Ross, billed only as Country Boy and City Girl.

Ultimately, the most interesting of these dueling mysteries is the search for the record, which takes D to England on tour with Night, a gifted but troubled neo-soul singer making a comeback. The central plot surrounding the bag of weapons and Detective Rivera begins to lose a little steam some time before its violent climax, and the search for Ride’s lost love amounts to little more than a side diversion. It might seem like a fatal flaw for a mystery novel to have its main mystery plot line get somewhat lost in the shuffle, but Lost Treasures is at its best not when it hits an Elmore Leonard-esque action pitch, but when it has time to breathe. The enigmatic Night, D’s old friend from a previous installment in the series, is one of the most memorable characters in the novel, one who threatens to jump off the page. D himself is an interesting, complex protagonist, compassionate enough to be likeable and bristly enough to have an edge. George, a noted non-fiction writer and documentarian who has made a career examining African-American pop culture, uses the story to explore white appropriation of black culture and urban gentrification.

Fortunately, George writes about these things deftly and honestly, using D as a sounding board. When D returns to his old neighborhood, he finds it “turned upside down,” what was “once a site of brownstone house parties, Spike Lee joints, and butter wavy bohemian girls was now a leafy adjunct to Manhattan.” D spends much of the novel as a stranger in a strange land in his old home. Even this new brand of “goatee-growing, Converse sneaker-wearing, tight jeans and pea coat-sporting black folks” seem like visitors from a “planet D hadn’t visited.”

If the various plot thread in The Lost Treasures of R&B sometimes come unwoven, it never comes at the expense of the book’s soul. D Hunter stands up tall within the hard-boiled tradition, and Nelson George belongs on the short list of our best living crime and mystery writers whether we file his books in the “urban” section or not. 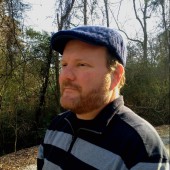