Having attempted and attempted again to achieve balance where balance was vulgar. Having failed again to draw a conclusion. Having ridden from the camp to the homestead and back several times. Having noticed a strange sensation that turned out to be my heart stuffed full of prawns and tried to remove these prawns from my heart only to discover millipedes. Having previously lived in a mansion full of millipedes. Having had to wait patiently as millipedes arrived with snapshots from the past. Having recognized the multidirectional bodies of transparent scribes. Having ignored the cat when she dragged, rather than one of those harbingers from under the carpet, a paper heart from the mantel and dropped it at my feet. Having filled up on prawns so that the prawns in my heart might know what was coming for them. Having found myself replete with squirming life. Having held a warm sack of oats. Having sat still long enough to warm my back against the fire. Having set the fire in a metal can at the edge of the property. Having looked into the can as I dropped each snapshot, or letters, or whatever, I had a fistful of ephemera somehow connected to me in name. Having then escaped into the city where I wrote my name in the stalls of dives and on the sidewalks in ash and in the harbor I etched my name into the side of a great many shipping containers. Having procured a number not for a telephone but for a place in line getting slugged in the gut. Having willingly gone into the slug. Having opened my mouth for the slug and swallowed. Having taken it with grace. With grace. Like someone who believed there were grace. 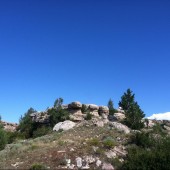