When I was nine and lonely, I learned to play
backgammon in the parlor of Stowe, Vermont’s
Logwood Inn, run by the von Trapps,
or the cousins of the von Trapps, or something.
The dinners —family style and awkward,
featuring spinach and roast beef in beer—
unpalatable to such a shy little boy in itchy
woolens, never worn, because I was Cuban.
But one white woman (what we Miami Cubans
called “American”) saw me at the oversized
backgammon set —a holdover from the 70s,
which is most of what Stowe was anyway—
and asked if I wanted to learn the game.
I learned, and I played, and I realized
that the way home was out, 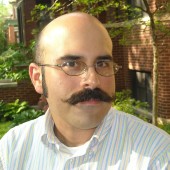