Jitney Themes, A Review In a Dash 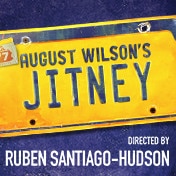 On Broadway at Manhattan Theatre Club

A brief – dashed, if you will – argument for the relevance, humanness, and endearment of themes in August Wilson’s Jitney playing until February 4th at the Samuel J. Friedman Theatre from Manhattan Theatre Club.

An interplay of common phrases and close-to-home-hitting dynamics – a busybody incessantly spouting “live and let live” while doing anything but – the many layers of “people believe what they want to believe” through foibles that come as a result of the differing narratives individuals tell themselves about the same story – and who can’t identify with “your best ain’t good enough”?

Ways that family power dynamics extend out to color our broader lives, as explored by the distinction between emotional versus practical support – how too frequently the two neglect to coincide – the often too-late-learned lesson that grandiosity does not equal strength – complete with an inquiry of what it means to be respected, how hard-won respect is, and how hard-kept once it’s won.

The difference race makes in available opportunity and societal stamp-of-approval ­– zooming-in on cross of urban and rural locales via Pittsburgh neighborhood – transporting ’70s period-specific concerns to modern resonance – if the characters of Wilson’s 20th century cycle were to encounter those of a yet-written next-century cycle, the relatability may prove flush.

The connotation of helping, as emphasized by parsing of the term “cab service” to a “service to the community” – while the jitney station is unlicensed in the eyes of the government, crucial to its design are the posted rules of conduct – reminding that standards exist – often more importantly so, often more proximate to the experience of our daily life – outside of official legal sanction.

Finally, the meaning of having someone there to answer your call – even if it’s not who or how you intended – the value of a chance to right a wrong – and when forgiveness isn’t possible, the resigned acceptance that righting the wrong has to be enough.