Ultimately, we end up turning memories into our own images. Of course, it really happened so it feels very real. But…say I construct the future, as though I’m making a film about it. As I imagine all kinds of situations, I think what I create would feel a lot more real than some memory. (Iseya, in After Life by Hirokazu Koreeda)

Melissa is telling me that I don’t have HBO even though I do. She’s pleasant, young, easy to make laugh. I envision her as overweight and sexy. I often ask where these customer service people are located while speaking with them on the phone–but this time I don’t. I mentally place chubby Melissa in Salt Lake–green trees, blue sky out the window–surging, snowcapped mountains in the distance–hedged business park–happy hour at Chili’s.

“But I’ve been watching HBO for months, up until yesterday,” I say to Melissa of possibly Salt Lake.

So…since the statement does not show it, it does not exist.

A statement is very much like a bill. However–whereas a bill is tactile, pulpy, recyclable–a statement is electronic. Also–aside from tangibility–statement sounds more innocuous, like something a person and a corporation create together. It sounds less imposing–almost benign. It’s a nice, warm word–unlike bill, which sounds like something that is done to you.

I like the word statement. As a consumer, it helps me maintain a more organic attachment to my expenses. That’s what new words are for, after all–to make me like (or at least not dislike) things I don’t like. Melissa uses the new words fluidly, and suggests that I haven’t been paying attention to my statement.

Why can’t I pay attention to anything anymore?

“We have a special right now on HBO. I can add it to your package for just $10 a month.”

“But I thought I already had HBO,” I say.

“Well, I’m not seeing it on your statement. If you look at your statement, you’ll see that HBO is not part of the package. It hasn’t been since November.”

On the television: a commercial for an Indian casino. A nostalgic rock act will perform there. The Vader-voiced announcer says the band will perform songs from their new album.

“I took a picture of the screen one day when I was watching HBO. The ‘Ricky Gervais Show’. I posted it on Facebook and everything. I labeled it ‘What Happiness Looks Like When It’s 42 Degrees & Raining and It’s Also Tuesday and I Have to Work in the Morning.’ ”

Melissa has been trained well. She is pleasant, uses lots of nice new words, and has stopped listening. I’m not bothered. She’s a young, fat, sexy figment–will probably be promoted soon, or quit to have a baby which is easy for white people to do in Salt Lake, thank God, if you’re a Mormon.

I’m entertaining myself, composing crude sentences in my head to write down later. It’s the first day of spring and I’ve gone mental.

“I used to take photographs of my penis and send them to women I’d slept with.”

“I just ended a sentence with a preposition.”

“I used to take photographs of my penis and send them to women with whom I’d slept. They would send me pictures of their vaginas. Vaginas shorn of hair. And breasts held aloft for the camera. Nipples below pink triangles of tongue. These are the kinds of pictures we would take.”

I feel a thin layer of moisture between my toes. (This is how I know it’s the first day of spring despite what the calendar says. What would Salt Lake Melissa do if I actually said these things aloud?)

The headaches are back. I try to drink enough water.

I wander to the kitchen and gaze over the dishes in the sink. Open the dishwasher. I see the potential geometry, how the dishes can be most efficiently placed within. I was masterful once, and shall be again.

I need to clean the freezer.

The television says something is clinically proven to work. I’ll have more energy. More fun. More passion for my significant other.

“Ricky Gervais is on HBO, right?”

“Have you ever heard of anything like this happening before?”

“Well,” she says, the end of the word elongated and rising. “I’ve seen certain situations where the box is not communicating with our master servers and–once in a blue moon–it begins to show programming that should not be there.”

I walk to the back porch and look down to the road below. An old, costumed Jew walks in the rain with his young, costumed Jew grandson. Cars swoosh by on Capitol Highway. The old man tells the boy: “Never walk with your back to the traffic except on the outside of blind corners when there is no sidewalk”. He stops to explain the rain gutter system atop the roof of a nearby apartment complex.

The box is not communicating with the master.

I must clean the freezer.

A man is working. He is cleaning the inside of a freezer. First, he removes the food–frozen vegetables in packages which quickly turn clammy; meats of various shapes and sizes–probably hamburger–possibly prime rib, he can’t remember–shrouded in gleaming, crinkled aluminum; empty ice trays; Japanese dumplings; chocolate.

“Is there anything else I can do for you today?”

“No. Nothing. Thank you, Melissa.” 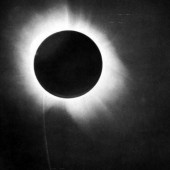 Matt Geörg Moore is a writer, musician and performer living in Portland, Ore. Trained as a journalist at the University of Florida, he has amassed numerous reporting credits. His recent project, Diagonal, includes essays published by Alltopia Antholozine and original music featured on the PBS series "Roadtrip Nation".