Not long ago, I wrote a newspaper article about whether man-made animalism would be possible using a machine via which a person might be compelled to behave like an animal.

Such a machine, I argued, could be erected as a frame surrounding a person such that his every utterance be run through some logarithm and hence communicated, in a reductionist fashion, to the world outside.

What I should have said was that such machines need not be invented. They already exist: automobiles. I nevertheless allowed myself to be drawn into speculating about a machine that would do the opposite, that is, one that – instead of reducing one’s expressions – would expand on them and expound upon them according to the same logarithm, thereby transforming animal behavior into a man-made humanity The centerpiece would doubtlessly be a computer, affixed to an animal and through which behaviors and utterances could be turned into rational and verbal communication. Hunger would be translated into the words ‘I’m hungry;’ anger into the words ‘I’m furious;’ estrus into the words ‘Oh man, I’m so in love,’ etc. etc.

Imagine my surprise then when, shortly after my article was published, I received a letter that went as follows:

“Read your article. The opposite machine also exists. If you want to know more, I’ll be expecting you this coming Thursday at 10:30 at my laboratory, Amstel 100.”
F. Domesticus

It goes without saying that I found myself, at the appointed time, at that address, where I was received by a rather short, energetic man with dark glasses and sporting a striking mustache. He had on a gray duster and pearl gray gloves.

“I didn’t think anyone would possibly guess the concept behind my invention,” he said, “but now that you have, I will let you see it, though the world has not yet been apprised of its existence. I did send a communiqué six weeks ago to the journal Nature, but they haven’t yet had it published. I surmise they have doubts regarding the verity of my findings. I have, therefore, decided to invite you to witness a demonstration. Seeing as how you yourself have conceived of such an apparatus and its principle behind it, you won’t rule out a priori its feasible success.” It struck me that the inventor had a light, finely modulated voice.

He led me into a big room where a number of machines were arranged. The focal piece did indeed consist of a computer, while the rest largely resembled the instrumentarium you’d find in an audio or visual recording studio, while the area monitored by the cameras consisted of a sort of Plexiglass arena.

“Here is where all the animal’s behaviors and reactions are observed,” the inventor explained. “Not only the noises it makes, but also its respiration, heartbeat, body odor, bearing and posture, musculature, movement of torso and limbs. Everything is documented.”

“The results of our observations are entered into this converter. Its job is to turn the data into a form that can be interpreted by the computer.”

“The computer does nothing other than transform the data into language, all the while adhering to a specific logarithm. The whole thing is to be considered a sort of translation machine, one that translates animalistic sounds into verbal messages and vice versa.

“This process is, of course, subject to the same imperfections as any other translation program. Mistakes in interpretation may be made and are made even more likely by the fact that there are so many possible ways to map animal sounds onto the vocabulary of the Dutch language. Finding general correspondences for the transcription itself – that was the actual invention; the rest of the issues were just technical in nature, the hardware. The problem lay in the software, though I believe I have now solved that satisfactorily, as I will demonstrate.”

The inventor adjourned to another room containing animal cages and lifted up a guinea pig out of a crate.

“We shall begin with something simple,” he said, depositing the animal, which was emitting a constant stream of anxious little noises, into the Plexiglass-enclosed space. He then began turning some dials.

The sounds the animal made were amplified by a loudspeaker. At first I thought I was imagining it, but after a few moments I began to make out words. Without changing timbre, the sounds turned into a woman’s voice.

“Oh geez,” the voice complained, “what am I doing here? My heavens! And I had just sat down to eat! To top it all off! Oh, what misfortune! O boy, o boy! This won’t end well! And now, where’s my carrot gone? If only there were something, somewhere, to crawl under! Oh, no! This isn’t going to end at all well!”

“Now, now, it’s all going to be okay,” the inventor said into a microphone. “Don’t be scared; nothing’s going to happen.” After being talked to like that for a while, the guinea pig quieted down and her chattering stopped. “What were you doing?” asked the inventor.

“Doing? Doing?” repeated the guinea pig in an aggrieved voice that still had undertones of disquiet. “Oh, I don’t know anymore! I always forget everything! I was doing something, but what? But what? Oh yes, now I remember, I was eating a carrot with a Mister…Henk. A real Henk-type. He was making advances, but I didn’t feel like it, not again, not so soon. Though, now that I think about it…silly of me, really…what was I saying? I could do with something to eat. What’s wrong with me? I feel like something. But what? Henk? Cucumber? I don’t even know anymore….I’m so confused! I feel so unsettled.”

An increasingly panicked tone had returned to the voice. The inventor picked up the animal and set it back in the cage. “It is basically impossible to talk with guinea pigs,” he said. “It goes a bit more easily with rats.” He lifted a rat out of one of the cages and deposited it in the Plexiglass space. The animal sniffed and looked about. The inventor turned the buttons and out came a man’s voice – a quite low, hoarse voice.

“I don’t see anyone,” said the voice, “but they must have something to do with it. Vigilance is called for.”

“What are you talking about?” I asked into the microphone the inventor handed me.

“Cats, of course,” the voice buzzed.

“It’s not so much that we have something against cats,” answered the rat, “but they do form a powerful group. And that is what we cannot accept. Our fight is not directed against cats, but against the hierarchy that endows them with their current status. We are against the system. We want equal opportunity.”

“But cats are stronger, you have to admit,” I answered, in spite of myself.

“That is a question of environment,” said the rat. “They enjoy all sorts of advantages because they’re in power and can give their children a better education. We need to change that. That is the goal of our struggle. It is useless to start anything before we have changed the standing balance of power. Only then will we be able to build a new society. In that new society, there will also be a place for cats, as long as they….”

The voice suddenly became squeakier and less decipherable, a result of the inventor lifting the rat out of the arena. Yet I thought I made out the puzzling words “Better Papeest than Teerksh!” He then went back into his cage. Those words rang a bell. Where had I heard them before?1

“Always the same old song and dance,” said the inventor. “Now I’ll let you hear something quite a bit different. Fidel, come!” A crackling noise was heard and, from a basket I hadn’t noticed before, there emerged a big, brown dog. He stretched, yawned, and came tail-wagging up to the inventor.

“He understands me, even without the machine,” said the inventor. The dog was brought into the Plexiglass enclosure; the loudspeaker emitted some murmuring sounds, and with some effort I recognized the words “very kind, very nice of you both, splendid, great idea, count me in…” and more of the same sort of thing.

“That’s just the tail-wagging,” the inventor explained. “Go ahead. Ask him a question.”

I couldn’t think of anything, overwhelmed as I was by all that had happened.

“What’s it like to be a dog?” I finally asked, ashamed by my own stupidity.

“It’s no big deal,” said a voice like that of a youth leader. “It just is; you’re a dog, when all is said and done. Though, well, there are differences. If everyone knows their place. We can’t all be in charge, you know. That would turn into a mess. So, when it’s all said and done, I’m all for strong leadership, if I do say so myself. Nice that you’ve asked me here. Splendid, great idea, count me in.”

“And what do you think about cats, for example?”

“Mmmm, yes, cats. I know one thing only: if it’s a question of leading the blind, saving children, sniffing out lost persons – they’re nowhere to be found. But, when there’s something to eat, they’re the first in line. Make no mistake, I personally have nothing against them. Some of my best friends are cats, but the life those creatures lead, all that lazing about, hanging out amongst books, late to bed, no getting them up out of their nesting spot in the morning. Nope, that’s got no class. And the rabble-rousing, you should hear them at night. I’m certainly no saint, but I don’t think it’s decent, that’s just not the way it’s done. Give me the outdoor life, healthy living, brisk walks. Or a career in the constabulary, where you learn to really take it on. And you get to actually take part in something. To sum it up, great profession, really.”

The inventor let the dog out of the arena. The animal lolled around a bit, stood in front of me wagging his tail and then retired to his basket.

“Now I’d really like to hear what a cat sounds like,” I said to the inventor, who was busily turning off the machine. He turned around slowly. His eyes glinted behind the dark glasses.

“A cat,” he said. “How do you mean, actually?” His voice seemed to come out of the wall.

I took a good look at the inventor. Those whiskers, those ears, that tail. How had I not noticed them earlier?

1. What we hear the rat say is a convoluted variant of the Dutch slogan “Rather Turks than Papist” used during the Dutch Revolt at the end of the 16th century. It proved not very successful, as its message was that rule under the Ottoman Empire would be preferable to rule under the Spanish Catholic Monarchy. It was an expression of the Dutch Revolt’s alliance with the enemy of their enemy. Here the expression is warped by the machine as the rat is lifted up out of the cage.

Rudy Kousbroek was a prolific writer of essays and columns, as well as renowned for his book Het Oostindisch kampsyndroom (The East Indian Camp Syndrome), which problematized the Dutch East Indies. 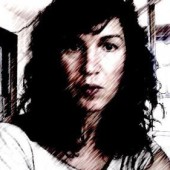 Margie Franzen translates collaboratively from Spanish or Dutch into English. She also organizes literary events, with an emphasis on texts-in-translation. Someday she might curate a gallery of short, translated witty pieces. All about cats, of course. More on her recent endeavors is at www.margiefranzen.org.