Meet me at the fountain in Caras Galadhon Meet me at the fountain in Caras Galadhon in Lothlórien, where the trees stand golden and wide. Since the expansion is no longer new, I’ll be the only other player there, the rest are computer-controlled puppets going through the motions, as they do with or without us, and will continue to until the game closes. In the fountain is a beautifully rendered statue of a white swan spreading its wings as if it just landed on the water, which is covered in orange, red, and yellow leaves, and reflects the lamps and platforms and treehouses around us. The light from them is always dim and hazy, due to the graphics bloom effect, which is particularly strong here. This is not about refusing to see the world clearly, but enhancing what’s already there. From the fountain we descend past Galadriel’s Garden, exit the gates of her city, and enter the Golden Forest itself. Don’t be alarmed by the identical look of the trees and stones and bushes, they are cloned and elicit a sense of uncanny valley in the observer. Just ignore it and it’ll soon seem right.

South of the city we reach the gardens of Imlad Lalaith, the Valley of Laughter, where countless celebrations have been held among the lanterns and tables. I once knew a player who called himself Lalaith, because he wanted to be happy always. He left the game, found a spouse and had a child, so perhaps it worked out for him. From the quays of Imlad Lalaith we could cross the broad and fast-flowing Anduin, but the other bank only leads to Mirkwood, which we’ve cleared already, so instead we’ll follow the river out of the Golden Forest. The mobs here are bears and wolves and brigands, and because we’re so close to Mirkwood, the occasional orc or goblin as well, but they’ll be easy to deal with.

Soon, the land opens up to a flat and sunny plain that has models of lavender, liverleaf, bird’s-foot-trefoil, and low, dense bushes. The paving of the road is cracked to emulate an ancient merchant path even though its virtual bricks will never wear or change, no matter the number of travelers that walk along it. This road probably saw its fair share of use when this region first opened, but since then most players have moved on to newer and higher level areas of the game.

The largest town on this map is Stangard, on the border between Rohan, Gondor, and the unknown East. Many of the game-controlled characters living here have been banished from the central regions of Rohan because of errors or petty crimes and must now serve in the outlier. The town is protected by a high wall of stout timber, tall watchtowers, and bristling stockades, yet behind the fortifications are small houses with thatched roofs, horse carvings leaping in the eaves, and warming fire pits.

Due southeast from Stangard looms the Gondorian ruin of Parth Celebrant. If we listen closely in the darkest part of the server cycle, we will hear the moans and cries of the restless dead inside. It’s a tight spot, so stay close when we cross the bridge so you don’t pull any aggro and make them attack us. Further southeast lies the Rushgore Marsh, full of stinging insects, biting turtles, and fire-spouting lizards hidden inside the reed thickets. Here we may cross the most shallow part of the Great River, but the Brown Lands on the other side are full of Eastern sorcerers, so we’ll go back there when you’ve gained a few levels.

Instead, we’ll follow the faux-old Gondorian road south and cross the bridge to East Rohan; Eastemnet, and its northernmost map, The Wold. Here, the towns of Langhold and Harwick are made of the same building models as Stangard, only their surface textures look cleaner and nicer. Yet, rather crude-looking compared to the treehouses in Caras Galadhon, don’t you think?

Once we’ve seen Eastemnet we have also seen Westemnet, the map of western Rohan, since they’ve used a lot of the same visual assets to build that area. Thus, both ends of the Horse-Lands are a seemingly endless plain of wild grasses, wild horses, and wild orcs, along with a few forested corners and some mountains, particularly up in Kingstead in West Rohan, where wight-haunted catacombs burrow all the way to Gondor. We won’t be visiting those places yet. Instead, we’ll follow the path that climbs up from the fields of The Wold to the high plateau that overlooks them. We might draw aggro from orcs and goblins in the pass, but they’ll be regular mobs with just one or two elites.

The highlands on top of the plateau, known as Wildermore, are among the most unique maps in all Rhovanion. Only the distant region of Forochel, far away from here, in Northern Eriador at the edge of the Belegaer Sea, is colder and more snow-covered. Looks a little like the Misty Mountains in the first part of the game, don’t you think, when we were all new and enthusiastic and couldn’t imagine playing anything else? Not all of Wildermore is buried beneath snow, in the southernmost and lowest lying areas heather, grass and firs still peek out from the white, but the central and northern reaches of the highlands are completely frozen over and seem untouchable by spring. Who knows what dark powers have caused this change in climate and may continue to do so in the future?

From the southern cliffs at the edge of the plateau we can see all the way to Sutcrofts, the most distant map of Rohan, and nearly to Gondor. Had it been possible to peek over the edge of the mountains that bound the northernmost rim of Wildermore, we could also have gazed all the way back to Stangard, and maybe even seen the Golden Forest shimmer in the distance, like the dream the world is. 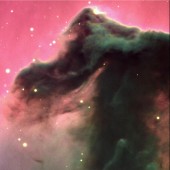 Berit Ellingsen's novel Not Dark Yet, will be released by Two Dollar Radio in November 2015. She is the author of Beneath the Liquid Skin (firthFORTH Books) and Une Ville Vide (PublieMonde). Her work appears in Smokelong Quartery, Unstuck, Litro, and elsewhere, and her stories have been nominated for the Pushcart Prize and the British Science Fiction Award. Berit divides her time between Norway and Svalbard in the Arctic. She can be found at @BeritEllingsen and http://beritellingsen.com.