MARIE CRAVEN (direction, editing): I was immediately drawn to the poem of Metamorphosis when it came up on one of my social media news-feeds, where I regularly read contemporary poetry from around the world. UK writer and translator, Jean Morris, was its author. The piece was inspired by a famous woodcut print by M.C. Escher, Metamorphosis II (1939-40). Jean’s viewing of the art work seemed to have suggested in her a vision of someone who might be similar to Escher himself, a character who perhaps the poet could relate to personally, as could I. The piece sketches a solitary character fascinated by life’s multiple and varying repetitions, of shapes and spaces, movement and time. It has a mirror structure, which I felt apt as a reference to the highly distinctive geometries that appear in Escher’s art.

In another part of the virtual globe, I had been in contact for several years with Spanish film director, Eduardo Yagüe. We had previously talked about a possible collaboration between us. So in 2019 I contacted Eduardo with Jean’s poem and asked if he might be interested in co-directing a film of it. We then contacted Jean, who agreed to a film of her poem. I suggested Rachel Rawlins as a possible voice artist and we were all pleased when she said yes to joining the project as well.

Almost without words, Eduardo and I decided that he would create the camera footage, including direction of his chosen actor, Pedro Luis Menéndez. I was to edit and do the post-production for the film. Along the way, of course, we discussed many aspects of each other’s part in the process. After I made a first draft of the film, I received valuable feedback from collaborators, including a Skype meeting with Eduardo – the first time we had really met other than by the written word.

I became unexpectedly drawn into other work in the last part of 2019, returning to Metamorphosis in January 2020, when I completed a very different second draft based on the earlier feedback. This included a new music track by DXIII, with whom I’ve been collaborating musically over the internet since 2007. In February I sent this second draft film to collaborators. I made a few final changes and we agreed it was complete. It’s been a marvelous collaboration with all involved, and I am very pleased with the film we’ve made of Metamorphosis.

JEAN MORRIS (writer): I’ve always been a loner and not so great at working with others, so having my words become part of this rich collaborative work is a new and rewarding experience. An earlier version of my “mirror poem”, which tried to reflect the morphing mirror structure of Escher’s artwork, appeared on the Via Negativa poetry blog, long established as a beacon of the Creative Commons ethos, which I support, so I was happy to say yes to Marie’s proposal and keen to leave it to her and to Eduardo to make of the poem whatever they wanted. I’d long admired both their, very different, work in poetry film and trusted they’d make something beautiful, technically sophisticated and interesting. It also made me happy that the actor, Pedro, was someone I knew as a poet and the voice, Rachel’s, one long known in real life here in London. What a lovely, complex, international thing in sad and claustrophobic times.

EDUARDO YAGUE (direction, videography): When I was thinking on locations for filming, nothing seemed to me more ‘escherian’ than the Colegio de la Inmaculada in Gijón, my hometown in Northern Spain and where I am currently living. Belonging to the Jesuits, the building owns a long history including some dramatic episodes during the Spanish Civil War. I studied there from age 6 to 18.

Then, when I was thinking for potential actors for the video, I decided, looking at Escher’s portrait, that Pedro Luis Menéndez would be a perfect choice. Pedro was my Literature teacher and my first theater director when I was a teenager student at the Colegio, and now he’s become one of my favorite Spanish poets. One year before recording Metamorphosis I made a video called La vida menguante (Waning Life) based on several of the poems from Pedro’s book of the same title. I also recorded some footage of the streets and buildings of Gijón, a city sometimes aesthetically annoying but very ‘escherian’ too.

Working with Marie Craven was an honor. I have been admiring her films from the time of The Poetry Storehouse and I was looking forward to collaborating with her. It was magical how she used the material for producing a fantastic compendium of the artistic style of both of us, mixing in a natural way our different conceptions of poetry film-making for telling the poem with simplicity but also brilliantly.

The poem of Jean Morris is beautifully playful. Jean is a friend who has been helping me for years, making the translation of my videos into English. She is a delicate and a very sensitive writer from whom I am impatiently awaiting a book of her poems. The amazing music of DXIII and the so well modulated voice of Rachel Rawlins completed this collaboration, which I consider one of the best videopoems I’ve been involved with. My experience teaches me that in this kind of collaborations one must let the intuition flow and always trust with joy in our talented partners. 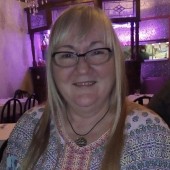