In his essay “The Man Who Was Not My Grandfather,” part of his newest essay collection, Phoning Home, Jacob Appel discusses the decision of his “otherwise caring and gold-hearted grandmother” to not marry her cousin during the Holocaust because she had never met him. If she’d married this cousin, he—along with his parents and siblings and possibly his nieces and nephews—could have moved to the United States and escaped massacre. When Appel presses his grandmother on this decades later, asking what happened when she made the decision not to marry her cousin, she says, “‘Nothing happened. I married your grandfather.’” And then, matter-of-factly: “‘I imagine they all died in the war.’”

“That is the Holocaust narrative we rarely tell,” Appel says, “the opposite of Anne Frank and Schindler’s List, the tale of those who did not make the sacrifice necessary to save the lives of others. Or maybe it is not a story at all, but the human condition, so unexceptional as not to be noteworthy.”

While the Appel’s family history makes appearances in a few of the book’s essays, morality, mortality, and history’s smack against the present are constant themes in this compelling collection. No matter the subject Appel chooses to examine—from his love interests to genetic testing for Alzheimer’s disease to his grandfather’s analogue watch to Medicare loopholes—Appel’s background in bioethics, the law, and his years of experience as a physician lend his explorations an intriguing level of credence, specificity, and nuance.

Each of the essays is individually commendable, but it is the collection in its entirety that ultimately gripped me. The book grows into itself, beginning with the title essay—a rumination on Appel’s childhood obsession of crank calling his own home until his weary and frightened mother changed their phone number—and sinking more deeply and quite directly into the “Big Questions.”

In a “Sudden Death—A Eulogy,” Appel discusses how the ways in which we die have changed over time. Science has improved, our life expectancies have lengthened, and now “life ends with a whimper, not a bang.” Appel is candid throughout and never holds back in disclosing his opinion on these matters. He says he would rather “drop dead in front of a firehouse at sixty,” as his great-grandfather did, then slowly and uncomfortably fade away at an older age like his grandfather. “I feel the most subtle, yet most pernicious, consequence of a world in which people do not as often die suddenly is a world in which people do not appreciate life,” begins the conclusion of this essay, and it is hard, in the end, not to sympathize with him.

Appel grapples with mortality in many of his essays, but the book never feels overly heavy, partially due to the humor and quirkiness he mixes in. In “Two Cats, Fat and Thin,” he recounts the loss of his two childhood cat toys that he believes were taken by a hotel maid for her impoverished child. This incident still haunts Appel, and he uses this fixation to talk about impermanence, obsession, memory, and his “longstanding discomfort with the housekeeping staff at hotels and motor lodges.” One evening when he is young, Appel’s father tells him his aunt has died. He writes, “I’d been introduced to the ghastly secret that separated the adults from the children: members of the species Homo sapiens were like rubber cats. You could return to your motel room one night to find them gone forever.” It’s unexpected associations like these that help propel the book forward.

Appel’s humor rings especially clear in “Charming and Devoted,” in which Appel reveals—through the stories of two endearing patients, a Puerto Rican and a German Jew—the complications and gifts of befriending your hospital roommate. My favorite essay of the collection, “Livery,” shows the plight of a ninety-four-year-old man who, after being brought to the hospital for a sprained ankle, wishes to be home on his own again. This man hasn’t been to a hospital since the presidency of “HST” (Harry S. Truman) of whom he happened to be a chauffeur. When the man unwittingly asks a nurse for a suicide pill “so that, should his health ever fail him, he would have an immediate means of escape,” he is sent to the psychiatric ward. In his defense, Appel says, “…if you went to the doctor only every sixty years, you might easily believe that physicians prescribe suicide pills.” Appel does what he can to help this man, all the while engaging questions of autonomy, subjective decision making in the American healthcare system, and the limits of human control.

While many of the essays are focused on medical issues, a few, like “The Man Who Was Not My Grandfather,” expand upon Appel’s Jewish family history in great detail and address the influence of chance on where we eventually find ourselves, the ways fate can force us together or apart. “Caesura—Antwerp, 1938” begins like this: “My grandparents came from remarkably different worlds, yet their relationship thrived for sixty-five years because they agreed about nearly everything…However, there was one subject concerning which their styles and philosophies never merged: wristwatches.”

Appel then tells the story of his grandparents’ annual vacation to Torremolinos, Spain. One particular year, his grandfather, Grandpa Leo—who had been a professional jeweler—was walking the boardwalk and discovered his prized wristwatch had stopped. The couple found themselves on a two-hour bus ride to the last watch repairman on the Costa del Sol to pick up a part needed for the watch’s repair. Turns out, the repairman was Grandpa Leo’s boyhood friend from Antwerp. Appel says, “This is not one of those Holocaust memoirs where two soul mates reunite after half a century and reminisce over how life might have developed if not for Nazi genocide. No, this is quite the opposite…Neither man deluded himself that their encounter was anything more than a delightful but brief interlude.” The story Appel tells are the stories that we don’t often hear. Because there isn’t always a hero or nice, packaged answer at the end of his essays, they feel authentic and worked for instead of cut clean.

The book’s penultimate essay, “Our Incredible Shrinking Discourse,” is the most theoretical of the collection, a kind of call to action for a heightened exchange of opposing ideas, front loaded with accounts of death threats against Appel for controversial opinions he has published. Appel ends the essay by reflecting on how his “first death threat will always hold a special place in his heart.” He says: “To me it is a reminder that, unless we continue to pose indecent questions and to raise taboo subjects, we are liable to find ourselves thinking ‘outside the box’ of acceptable thought—without having moved at all. That is a far greater threat to our moral welfare than all the radical bioethicists and right-wing provocateurs and anonymous cyberspace bullies combined. Or I could be wrong.”

Through his inviting tone, humor, and anecdote-heavy style, Appel guides his reader with ease through his moral inquiries. His writing is informative and tough. Once he hones in on an idea, he doesn’t let up until it’s been thoroughly considered. And Appel knows how to end an essay; the majority provide the kind of understated gut-punch you hope concludes essays as good as these. While at times I thought Appel adopted a somewhat holier-than-thou, my-way-is-the-right-way approach to the questions he addresses, he almost always pulled me back with his controlled self-mocking tone or by acknowledging the complexity of the issues on which he stands firm.

These difficult questions rest in good hands with Appel. If you’re looking for an intellectual invitation to consider what it means to live and die in our current era, how our histories haunt our current relationships, and the shifting meanings of self-preservation, Appel will provide you—like an attentive physician—with your best options. 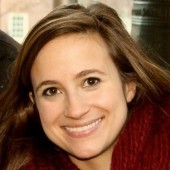 Maggie Pahos is pursuing an MFA in creative nonfiction at Chatham University. Her work has appeared or is forthcoming in Colonnades, the Pittsburgh Post-Gazette, Flyway: Journal of Writing and Environment, and Hippocampus Magazine. She lives in Pittsburgh, Pennsylvania.