“Colored American Day,” Joseph scoffed. “What a slap in the face, Grandpap. There oughta be—”

“We do what we can,” Frederick silenced his grandson and prodded the 22-year old toward the Music Pavilion. “We keep talking until everyone hears.”

All around them, the smells and sounds of the White City rose like a degüello, like a leather glove left out in the rain, tight and constricting as it shrank. The August sun beat a path through the Midway Plaisance, and thousands of fairgoers streamed past the Electricity Building, the Machinery Building, the Woman’s Building, and the sparkling, modern, polychrome Transportation Building—weaving their way as if lost in a maze that made them insignificant by comparison. Grandpap veered off at a crossroads of the maze, and Joseph kept walking toward the Music Pavilion. The reflective white stucco buildings at the end of the Court of Honor made the classical White City architecture luminescent. Joseph’s fist squeezed around the handle of his violin case. He’d never felt so small. He’d never felt so out of place.

“Watch it, negro,” a woman blurted as she bumped him.

“My apologies, ma’am.” Joseph wished he had a hat to tip. Why hadn’t he worn a hat? Every man there was tailored in sack suits and Continentals and crisp gray waistcoats with one blaring, unifying accessory: there wasn’t a man among men who wasn’t wearing a bowler derby upon his fine groomed head. Joseph scowled. He hadn’t owned a hat since the age of seven, and the flimsy thing had only been made of thinboard and homespun wool. His scowl deepened, and he squeezed his violin case in his fist like a stress ball when the offending woman bustled off in a huff, her own veiled and feathered fascinator cocked toward the Woman’s Building.

“I suppose we all have our place,” he muttered, and set his sights again on the Music Pavilion. He’d show them. He’d wait in the wings through Sidney Woodward and Deseria Plato, and The Black Patti, and then he’d show them. He’d listen through the buskers, the minstrels, and Abigail Christensen’s dissertations on Colored Spirituals and Shouts, and then he’d show them all. Show them all what? What exactly would he show these privileged people who own more on one ring finger than he’d be worth in all his life?

At once, the air was filled with music, drowning out all other thought. The Stoughton Musical Society, America’s oldest choral society, sent its renditions of early American music reverberating through the Plaisance, bouncing off the walls of the crudely structured Beaux-Arts-styled buildings, and ringing through Joseph’s ears with the merriment of folksy eight-part harmony. White music, he mused, on Colored American Day. But what music it was. The onlookers who were gathered around the excessive stage couldn’t tell the difference, he supposed. He was certain his grandpap, the instigator behind Colored American Day at the World’s Columbian Exposition, had purposely staged this wholesome, downhome showing. To throw the white folks a bone. Joseph chuckled at the paradox.

He shuffled his way through the crowds and headed toward the Colored entrance. It had been three decades since the emancipation of the slaves, yet here he was, entering through a separate door at the back of the stage, a door that weaved through all the stage draperies and the cables needed to light up this new invention from Nikola Tesla called alternating current. The entire exposition was glowing with the invention, shining well into the night and keeping everything, even the 264-foot Ferris Wheel, lit up as clear as day.

“You may use this entrance,” a man’s voice caught Joseph off guard.

“Pardon me, sir?” He wished again for a hat.

“It’s Colored American Day,” the man gestured. “You may use the white entrance for this day only.”

Joseph smiled and took a few steps toward the indicated entrance. Then, he abruptly stopped, turned, and touched two fingers to his forehead where a hat brim should be. “No, thank you, sir,” he replied proudly and headed for the Colored entrance.

The stage vibrations rattled through the makeshift walls of the neoclassical structure built to withstand only temporary use. Every pulse shot through him until his heart thundered with the beat. As he walked toward the stage, he tapped his feet from heel-to-toe, heel-to-toe, heel-to-toe with the rhythm of the Ragtime ensemble enlightening the parasoled and derbied audience. He knew they’d never heard anything like it. Imagining their faces paled in shock brought a twitch of satisfaction to his tight lips. He’d show them.

Through a wave of applause, he heard shuffling on the stage, though from the Colored wing, nothing was visible but a peek through the slats to see the Zoopraxographical Hall, where Eadweard Muybridge was giving lectures on the Science of Animal Locomotion using his moving-picture zoopraxiscope; the white cupola of the building where Frank Haven Hall was demonstrating printing plates for books in Braille; and a confection stand where F. W. Rueckheim was selling ungodly delicious chunks of sticky peanuts, popcorn, and molasses.

A sudden noise jarred him. The sound of his name being announced. His grip tightened around his violin case, and the murmuring of Southern Spirituals passed through his lips. A silence like none he’d ever known rushed through the crowd. He knew now exactly what he’d show them. That classical music knew no color.

When he approached the edge of the stage, he felt the heat from the alternating current bulbs that surrounded him. With the violin tucked beneath his chin, he shut his eyes to the gawking, to the whispers of shock from frilly-laced women who had never dared imagine that a man such as he—a man without a hat—could be educated in the ways of this sophisticated instrument. He shut his ears to the rustle of naysayers’ mutterings that buzzed through the crowd like the steady hissing of the lightbulbs beside him. And he raised his bow. He’d show them.

Within moments, the onlookers’ tongues blazed with new mutterings. This skinny, scraggly man of 22—his tan trousers mismatching his loosely fitted overcoat, his thick black hair high atop his head, his droopy hound-dog eyes too large for his face—surprised them with every note. He didn’t kowtow to their whims with Spirituals or Ragtime or Southern minstrels. No, it was classical music that billowed from his wooden muse. In his hands, a violin was a songbird, and he gave it wing. He could hear the whispers coming back to him now: Who was this boy? Where did he come from? He’s Frederick Douglass’ grandson—that boy? Well, it’s no wonder! And to think, we judged him so! Listen to that music—not the music of a negro! But it was. It was the music of his very soul. Let them have their zoopraxiscopes and bowler derbies. Give him his violin.

He played until his fingers hurt, until a stiff muscle in his shoulder told him he was finished. When he laid his violin in its velvet-lined box, there was silence. Only silence. He thought they’d liked it, but … Had they even enjoyed the music? Were they simply waiting for the next musician, getting their money’s worth from the show? He lifted his case and walked off the stage in the quickening silence before his thoughts could travel to a darker place.

Joseph slowly turned. “Yes, I am.”

“I’m Eldridge Johnson. I make a player for discs of the United States Gramophone Company. Ever heard of it?”

“They are discs with recordings. I want to record your violin. I have a proposition.” Eldridge wrung his hands and looked a little too professional, too polished. “You’d be the first negro to record.”

Joseph bristled. “Why don’t you try the Stoughton Musical Society? Everyone seemed to like them. I didn’t even get applause.”

A group of regally dressed women paraded by, and once more, Joseph wished for a hat. My, wouldn’t he be doffing it now.

“Did you hear that violinist?” one of the women gushed.

“Oh! I was stunned,” another exclaimed. “I couldn’t even catch my breath. I was so breathtaken, I didn’t even clap for the poor boy. Imagine my manners.”

“No, thank you, sir,” Joseph replied as politely as his grandpap had taught him. There was something about the well-dressed man that reeked of capitalism, opportunism. “Maybe some other day. But I’m planning a transcontinental tour.” He puffed up his chest. Where had that come from? No black man had ever undertaken a transcontinental tour.

Eldridge scoffed, and his demeanor turned visibly cold. “It won’t be a success. You’re a negro, in case you hadn’t noticed. No one will come.”

Another group of onlookers swarmed by, and Joseph recognized them from the Music Pavilion audience.

“Oh, that violin,” a swooning woman sighed. “I could listen to that for days straight and never tire. I’d touch not food nor drink nor bed—just listen for days.” 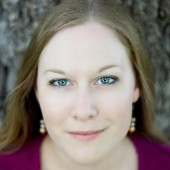 Leah Angstman is a transplanted Midwesterner, unsure of what feels like home anymore. She has served as Editor-in-Chief of Alternating Current Press for two decades; writes historical fiction, poetry, and plays; has had 20 chapbooks published; and has earned two Pushcart Prize nominations. Recently, she won the Nantucket Directory Poetry Contest and was a placed finalist in the Bevel Summers Prize for Short Fiction (Washington & Lee University), the Baltimore Science Fiction Society Poetry Contest, and the West Coast Eisteddfod Poetry Competition. Her work has appeared in numerous journals, including Los Angeles Review of Books, The Journal of Compressed Creative Arts, Tupelo Quarterly, Midwestern Gothic, and Shenandoah. She can be found at www.leahangstman.com.