About the Project:
“My Nervous Breakdown” describes a four-part journey into a mental breakdown and past it, into recovery and redemption. A mix of medical facts, talk therapy, visual archetypes, and a lexicon of dreams, the four parts combine imagery, text, and audio to portray a personal, but fictional, record of one man’s voyage into an obsessive, but often humorous, world of self-doubt and delusion. After navigating the four sections, the viewer is led to a closing page which completes the narrative. The world we are presented in this digital story is not one of anguish or terror: instead, we see how mental instability can find its release within the expressive arts.

You can see Alan Bigelow’s work at http://www.webyarns.com. 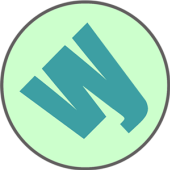