Nirvana, Napster, and Nostalgia: A Review of Chuck Klosterman’s The Nineties In his latest book, simply titled The Nineties, pop culture writer Chuck Klosterman interrogates the decade of apathy, dial-up internet, grunge music, and the Unabomber. Readers familiar with Klosterman’s catalog will recognize this book is a long time coming as he revisits some of his favorite topics (the movie Reality Bites, the baffling career of country artist Garth Brooks) with his trademark style. Klosterman manages to elevate pop culture to high culture, deepening that which appears shallow, and looking past stereotypes, first impressions, and the smokescreen of nostalgia in order to find some form of generally applicable truth.

My first introduction to Klosterman was via his iconically titled Sex, Drugs, and Cocoa Puffs, which I purchased as a teenager largely for its cover but which I came to appreciate as my first encounter with the notion that popular culture could be deeply worthy of academic analysis. As he engages in such analysis, Klosterman never punches down: he heightens every topic on which he writes, be it The Real World, Michael Jordan’s foray into professional baseball, or the rise and fall of the CD-ROM. Even when he is critical, he resists cynicism.

The chapters of The Nineties read like standalone texts, punctuated by shorter mini-essays that help bridge the gap between seemingly dissimilar topics. However, the book is not a mere collage – throughout, Klosterman weaves a through line that traces the concepts of memory and revisionist history. Klosterman opens the book by acknowledging the drawbacks to writing about recent history. As he puts it: “there’s always a disconnect between the world we seem to remember and the world that actually was.” At all times, Klosterman is seeking to craft a comprehensive view of the decade’s culture by explaining how events were perceived in real time versus how they have come to be remembered.

While the book is arguably written from a Generation X point-of-view, Klosterman has constructed The Nineties to have staying power: he seldom assumes that readers get a cultural reference. He consistently provides generous footnotes and explainers for movies, albums, television shows, etc. – not to condescend, but to welcome and include.

Klosterman posits that decades do not have clearly demarcated edges. Rather than using concrete dates, he defines the ’90s as being encapsulated between touchstone events. “Decades are about cultural perception,” he writes, “and culture can’t read a clock.” The Nineties does not, therefore provide a purely chronological rote recitation of data points on a 1990 to 2000 timeline. Klosterman instead engages in the process of comparing and contrasting disparate events and concepts in order to extrapolate commonalities that provide a richer understanding of what it meant to live through the 1990s. He raises the questions: What do Crystal Pepsi and Jurassic Park tell us about human nature? What similarities existed in the careers of Pauly Shore and Bill Clinton? How does one contextualize the popularity of Tiger Woods and Eminem? And, better yet, he answers them.

Klosterman makes a strong case for the argument that much of ’90s culture was influenced by a pervasive longing for the 1970s. The ’90s saw the release of Dazed and Confused, The Brady Bunch Movie, and, of course, That ’70s Show, and grunge music took its cues from ’70s rock and roll. As Klosterman hypothesizes, “The pattern is dependable: Every generation tends to be intrigued by whatever generation existed twenty years before.”

By Klosterman’s own metric, then, a book about the 1990s is now, in 2022, about ten years too late. Nevertheless, I’m willing to wager that the 2020s will be the decade that defies the rule. There is now a creeping nostalgia for the early 2000s, certainly: the warm receptions to the 2002-set film Lady Bird and the 2000-set television show Pen15 are undeniable. But the present day has also seen the return of ’70s and ’90s fashion trends, Top 40 hits reminiscent of ’80s pop, and the recently announced reboot That ’90s Show. It may be that the 2020s are the decade of “anywhere but here” – or, rather, “any time but now.” And if that’s the case, The Nineties is right on time. 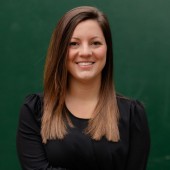 Molly Yingling is a writer and attorney from central Pennsylvania. She is a graduate of Gettysburg College, Villanova University School of Law, and the University of Houston Law Center. She is currently a fiction candidate in Texas State University’s Creative Writing MFA program and serves as the Assistant Managing Editor for the Porter House Review. Molly’s work has appeared in Hobart, the Porter House Review, Your Impossible Voice, and The Bangalore Review.