They were on their way to the Novotel in Cairo, flying business. The wheels of her suitcase clicking easily past security—Kelly was pre-check, pre-screened, so by default, she was too. It was a stark contrast to that first trip they took together to Patagonia where they lugged backpacks into tree houses, and traversed icy water. This was shortly after they were married, and she didn’t mind that her booklight was their only source of light. They’d hung it from the ceiling with dental floss, and that small glow kept them lit and laughing late into the night. She peed in a bucket that he dutifully emptied in the dirt. But she remembers being overwhelmed by the intensity of their time together. How annoyance crept in. Kelly rubbing his face in the mornings, drawing down the skin of his cheeks with his hands, the droopy moment when he looked upsettingly close to an old man. She felt like she was living a prophesied future. What if their light goading of each other, the surface-level jokes—what if it never morphed into something more? What if this was it, day after day after day.

Near the end, they were taken to a series of cliffs high up in the mountains, where she had experienced the overwhelming urge to jump—then she did. To be fair, she had asked their guide Federico if she could, and he had nodded, explaining that beginners should start low and work their way up in elevation. He mimed the correct pose for hurling yourself off into the abyss, arms crossed in front of the chest, but she had suddenly grown weary of the instructions, her mind widening like the expanse below, the sky above. It was a trance-like boredom that quickly morphed into the kind of itch that begged relief. She turned and walked right over the ledge. She did not pause to look, did not stop to gauge the drop. She simply wandered off the page.

And the thrill of that decision when she hit water! The supremely satisfying feeling of legitimately surprising Kelly and Federico—scaring them even. They were frantic and mad, calling for her to swim, swim, swim, back to the shore. It turned out that the current got strong quickly and the most important part of the instructions always came last, in the hope that they would stick. You jump. You swim. Less than a quarter mile down river, a series of rapids churned and boiled in a way no person bobbing along like a Coke can could survive. But she swam instinctually, throwing all her energy into the task, and made it to shore, pulling herself up onto the sand while they ran a backchannel of paths through the surrounding forest. By the time they reached her, the crown of her head was already beginning to warm in the sun.

“Hey,” she said, doubled over, chest heaving. She looked up and gave a weak wave. “Hi.”

She often heard Kelly repeating the story to other men at parties. Men standing around grills, filling coolers, holding skewers of steak, or rocking babies in their arms.

“Then she walked right by me,” he’d say, sliding his palms past each other in a fantastic mime of woosh.

They’d shake their heads, and Kelly would nod emphatically. “Yup,” he’d say, “There she was, and there she wasn’t.”

She listened carefully, believed he understood that she could disappear at any moment—that close attention must be paid. She was smug and snug, a legend. Owner of the upper hand.

And that’s the whole thing she’s having trouble with now. The thing that’s taking up space in her head as she rolls her luggage behind him—Kelly looking back at her every few yards, smiling like he is safe and sound. And he is! He is! The tables had somehow turned, and she’s the one beholden. And now he’s led her through the frosted doors of the Sky Lounge into a time warp of soft light, where everything feels wonky. She is standing in front of flutes of champagne, tiny bowls of olives and mixed nuts, and popcorn dispensed from a long glass tube. She is absorbing the blow of Platinum Medallion. This was her life, and it was his. It happened all the time.

“Do you want any of this?” Kelly stood, hands on his hips, forehead creased. “They’ll do those sundaes on the plane.”

The spread lay before him, before her, before the long line of travelers building up behind them.

She grabbed a plate, though. Kelly did too and jumped in line ahead of her. She piled hers high with crudité, let it teeter with whole continents of gouda, gruyere, and brie. When it threatened to totter, she kept going. She grabbed a roll and held it with her teeth. Kelly looked back and laughed.

“Nice,” he said, but it wasn’t. Really, it was not nice at all. She had accrued her points early, gotten lazy, while he had steadily earned and gained the lead. Kelly clamped a roll between his own teeth, and looked back at her as if to say, see?

Photo by derekandnona, used and adapted under CC. 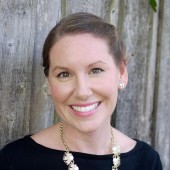 Sara Cappell Thomason holds an MFA in fiction from Sarah Lawrence College. She was awarded second prize in the Zoetrope: All-Story Short Fiction Contest, and she was the winner of the 2022 New Flash Fiction Review Prize. Her work has previously appeared in Electric Literature, Tin House, Witness Magazine, SmokeLong Quarterly, and The Citron Review, among others. Currently, she lives on Isle of Palms, SC where she is working on a novel about prehistoric monsters. You can find her on Instagram and Twitter @saracthomason.