We don’t always get out of Michael Meyerhofer’s poetry alive, but we’re foolishly grateful for having been made something else.

Title poem recalls Arthur Rimbaud and Frank O’Hara, perhaps not as odd a pairing as one might think. It reflects a romance with arcana and humor that makes both urgent. This recurs in “The Original Swastika.”

How much cleaner was the sky

before the last laughing owl

turned up slap-stiff in New Zealand…

begins the title and first poem. It goes on to mention OSHA, the Occupational Health Safety Administration, the Nag Hammadi  scrolls, 1787 Chateau Lafite and Thomas Jefferson, all the while smiling like Voltaire and making it seem perfectly natural that one might laugh one’s way into the arcane and scholarly.

This is a considerable achievement, especially considering that the poet is using a punchy seven-syllable line which doesn’t readily lend itself to such matters.

Now take the swastika. “Look for it on Thor’s hammer,” the poet exhorts. Again, that seven-syllable trap drum.

from old China. Whittled by Ukrainians

in spans of mammoth bone, sewn

into the feathered gowns of Quetzalcoatl.

There is in this amazing poet a continuous interplay of specificity and speculation, as in the two unrhymed tercets of “The Birthdays of Ex-Lovers”:

But no—the world knuckles along

whether we remember or not,

hauling everyone for whom the heart once

for whom we raised mythologies

all sin-sweet, proud as a dead religion.

“Ode to Raccoons” is a masterpiece. One of those poems whose ideas you will always remember even when you forget the lines.

Meyerhofer steps around the morass of anecdotal material shuffled into shapes that resemble poems in two distinct ways: • his material is irreverant and at times zany, and • he achieves what the anecdote shufflers seek to achieve by making poems so engaging you forget they’re poems. Their poetics is deft, acutely attuned to the language of our times.

And yet his poetic voice is Midwestern in the sense that it doesn’t reflect the self-conscious and mannered argots of the two coasts. How to explain this? New York argot is full of feint and jab, like Sugar Ray Robinson, California argot conveys a mannered, almost arrogant cool. But there’s no mannerism in Meyerhofer. He is getting to his point without impressing you with you how he gets there, and in this I find a commonsensical Midwesternism.

This is not to say that being impressed with how we get somewhere in poetry is inherently a bad thing. It’s not. But it’s not his schtick, and I think it’s not a Midwest characteristic either.

These poems express the way Meyerhofer thinks. How do I know this? It’s just a smart-ass guess. Maybe not. We live in the era of the Internet and I’ve had the opportunity to see how the unguarded Meyerhofer communicates moment-to-moment on the web. These poems are how he thinks. His Net remarks are poetic annotations. In the future critics—perish the word, I’m not qualified to be one—are going to be doing this, reading the Net to see how poets think and interact, to catch them in their unguarded moments. Writers beware!

I’m not sure to what extent the web has influenced poetry. Meyerhofer is the poetry editor of Atticus Review, an online literary journal, and he’s an active web conversationalist, so I suspect the web’s conventions, which form a kind of sub-poetics, are an influence.

I had read Meyerhofer’s Pure Elysium before reading this work—some of those poems are included here—and I had read Damnatio Memoriae twice when I started to read Gjetrud Schnackenberg’s Heavenly Questions, a work I admire extravagantly. Someone who reads a great deal of poetry can hardly avoid such coincidences and convergences. The two poets have in common their immersion in the past, their fascination with esoterica, their painstaking versification. Schnackenberg is elegiac where Meyerhofer voices a comic and sometimes manic familiarity.

In “Before Rilke Was A Man” the poet magically reimagines the Bohemian-Austrian poet as a Native American woman who climbs a barbed fence to find the young poet. The concept is intoxicating. I wish Rilke could have read it; I’m not sure how would have liked it, but I think Rimbaud would have.

In “Betting On The Strong Horse” the opening tercet is a kind of math problem:

If a train moves southwest at eighty miles an hour

while another train moves northeast at half that speed,

I like this conundrum precisely because it’s so much like each day of my life. Things that ought to make sense, things from which I ought to be able to draw a conclusion, elude me. They fail to make sense and yet they delight me. This stanza catches the determinedly fey aspect of ordinary life.

The prose poems of the third section, “The Undirected Object,” are somewhat reminiscent of Rimbaud’s Illuminations, more poignant if less exhilarating. The Rimbaud poems do not raise in our minds the question of why a poet resorts to the prose form. There is an onrush and intellectual commotion that conveys immediately the poet’s intent. Not so with these. Here we see that Meyerhofer wants to free himself of the fetters of line break, if not caesura. He has some things to say that have to be said with more than the progression of a long line; they have to be said with the phalanxed advance of prose. There is in Illuminations the kind of ionization in the air that a rushing stream produces. “The Undirected Object” is more stolid, less electric, but it is also inexorable, exhibiting a kind of muscular integrity. I want to dwell more on these prose poems because they represent an achievement of high order in their beguiling conversationalism.

I didn’t know you could do that with food coloring. It was April. I was sixteen, working at greasy spoon with Dustin, my best friend, when these two girls walked in.

That’s how the first prose poem begins. It’s called “The Only Time A Woman Has Bought Me Flowers.” We could be walking in a park and the poet could be craning around to tell me this. And I could be listening to him without recognizing that the poem is acquiring cadence and meter as it proceeds, just as our conversations often do. I thought often of David Simon’s Generation Kill as I read these prose poems. You’re digging them long before their prosody sinks in, and that’s the way it ought to be, the way Homer is, and the Eddas.

And there’s another distinction from the pyrotechnics in Illuminations.

But Dustin and the two girls give way soon enough to dicier considerations, as in “Hansel’s Redemption”:

Years later, the witch burned and gone, the wilderness tamed, Hansel fell in love with his sister, watching how she undressed like some rare orchid beyond the chain lock of his hippocampus.

And that’s how Meyerhofer and Damnatio Memoriae are. The Latin, after all, means a condemnation of memory, an edict erasing the memory of a person—and Meyerhofer is in glorious defiance of it, which is why the book, his third volume of poetry, won The Brick Road Poetry Book Prize. 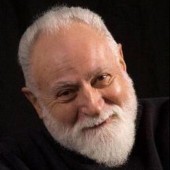