Tucking a stray tress behind her ear, we listen

to every word she says, apart from precision:

7% of government spending goes to education,

compared to 65% on defense. An atrocity, she says.

of her chestnut hair. Her pants, just tight enough

to recall the Battle of Mons, where the British picked

a fight with German occupants in 1914 – I remember this

because, believe it or not, the Canadians liberated the city –

the Canucks saved the day! There’s a plaque in the belfry

to prove it. Anyway, she says, moving on

to popular culture: when the safari loses luster, owners turn

to name-brand fashion – that’s how it is, how it’s always been.

Again, I return to Mons, imagine a river carving a valley

through hill country, where a young boy shepherds

along the rocky crag of pass, sleeps in a ruined Church,

searches for grass so that his herd might eat. Naked

stumps of douglas fir, severed at the knee.

The window is open, a breeze comes in

from the river. She has neglected, says the shepherd,

that books are less expensive than bombs. By his calculations,

a weapon capable of any respectable damage

must be one hundred thousand times more expensive

than the average book, which would indicate a ratio

dollars which, judging by the amount we spend on defense,

have made us none the wiser. Which is a shame, he decides,

because, tucking the same chestnut tress and gliding to her seat,

she smiles at him, skewing the numbers for good. 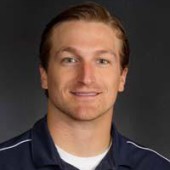