Rapprochement Crisis (If I say it was a dream, will you listen?) from Marc Neys (aka Swoon) on Vimeo.

Bones are cracked, fissures that don’t scramble through abstracts. It is always that long yawning white of your throat that I see first and then the vertebrae erect and pliable. I know it’s you.

Maybe you don’t say to me, I am happy, I ride buses, I burn in every empty lot you see as weeds transform into a pyre. Maybe I don’t see your face smiling down on me

like the Wizard of Oz, one massive head engulfed by flames and incense.  Maybe you don’t tell me I need to call sister. She’s been crying for months since you died, you say.

I don’t know about sister. I ran away. I wonder if I’m crazy. Sister has always assumed I am as demented as I imagine I am. I’m guessing I should let this go, move on into a deeper psychosis that awaits me.

But no. I keep seeing you walking up the same street of our old neighborhood. You’ve got that same vinyl-cracked black handbag cradled on your arm, elbow against your chest; those indecisive steps that move you forward and slightly backward at the same time. And then the squeal of brakes, all the faces peering out as your tiny feet step up with caution hanging on to the railing. I run to catch the bus and I always have exact change. There is never a seat beside you. You ignore me as I pass you. I see the back of your head a few rows in front of me. I know that coiled, gray hair, as if it were my own. ‘Mom,’ I hiss over and over. Everyone turns to look at me, but you. You clutch your purse and pull down on the cord above your head after a few more blocks. The light goes on and I hear the tiny buzzer sound. I see your checkered blouse and black jeans as you get up. This is our stop. I jump up and get off at the back of the bus. You get off at the front.

And yes. It’s the same damn empty lot with all the weeds and heat pulsating from the cracked earth that we used to walk by every Saturday when we were kids with you on our way to the library. There is never anyone else around. Just me watching you as you stand in the middle of this nowhere and transform into this globe of a head. You tell me the same things. Call sister, you say. The fire reaches up to cradle you as you smile and say, tell her I’m happy. The beauty of you is beyond any acid trip I have ever hoped for. Your atoms are ignited pores, each one filled with a radiance I never knew existed while you were alive.

Sister has always told me I am three tornados away from sanity. There’s nothing to gain or lose. So I dial her number. Her girlfriend picks up. I tell her everything. She starts crying. She says you have to talk to sister. Sister has been sobbing for weeks, she says. She hasn’t left her bed. A long pause while goose bumps cover my arms.

I say, thank you mom, just as sister gets on the line and clears her throat.

“What?” she demands through a hoarse voice, with a whole life of defense and regret balled up tightly inside it.

Swoon (aka Marc Neys) is a videopoem addict with 120+ international  collaborations to his name.  His videos and sound-scapes have been selected for festivals everywhere, and his 2013 film ‘Drift’ won first prize at  ‘La  Parola  Immaginata 2013’.  Since October 2013 Swoon is also video-editor for the online magazine Awkword Paper Cut. 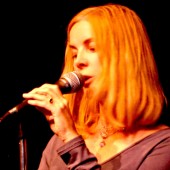 Meg Tuite's writing has appeared in numerous journals. She is author of two short story collections, Bound By Blue (2013) Sententia Books, and Domestic Apparition (2011) San Francisco Bay Press, and three chapbooks. The latest is Her Skin is a Costume (2013) Red Bird Chapbooks. She won the Twin Antlers Collaborative Poetry award from Artistically Declined Press for her poetry collection, Bare Bulbs Swinging (2014), written with Heather Fowler and Michelle Reale. She teaches at the Santa Fe Community College, and lives in Santa Fe with her husband and menagerie of pets. Visit her blog.