Alexandra Naughton has strung together a melancholy collection of poetry that would make Billy Corgan want to grow out his hair again, shave it, and go on a twenty-six song spree about how his “rat in a cage” soul has been rattled. I Will Always Be Your Whore (Love Songs for Billy Corgan) was released in February by Punk Hostage Press—it is telling and intimate. It strays away from the usual apathetic and “wanna-be-ironic” tones of most young writers of today—and instead crushes you with its sense of longing, desire, and inconceivable loneliness that strikes any reader as disturbingly familiar.

Listening to the Smashing Pumpkins while reading this collection isn’t necessary but is highly recommended (I did so while writing this review). Naughton channels the famed 90’s rock star’s energy effortlessly. The somber verses to raging choruses seem to echo through a perspective of remembrance and numbing pain. Like a violent movie happening in one’s head while the world marches on, peacefully indifferent to other’s triumphs and tragedies. It’s a quiet emotional breakdown reminiscent of the Pumpkin’s song “Drown” hidden behind small apartment walls, waiting for anyone to listen.

The desire for love is so grave, that the first poem “love song #1 (‘Ava Adore’)” reveals this need without shame stating: “I will always be your whore”, “I will always be your object”, “I will always be your subject”, latching on to anything (or anyone) that will give the speaker attention and fill the void of loneliness. The need for this love blurs the line between fantasy and reality as Naughton tries to find solace in a fabled muse (Billy Corgan) through his music and celebrity status. The poems suggest that the speaker will submit herself to anything in order to obtain this love. She will become anything, and be anything that her lover wants her to be. Whether it be a “dirty puzzle” or the “spit cum crust on your roommate’s sheets”, Naughton wishes to be entangled in a lover’s arms and be embraced at any cost. And I felt this with her—I felt the need to be loved and for the loneliness that my own mundane life has bestowed upon me to be purged and smitten by forty-seven guitar tracks of Billy Corgan madness.

The entire collection is drenched with this 1990’s tone—if I stumbled across any one of these poems in one of my friend’s apartments I would be sure to believe that it came from a poetry movement from that glorious decade. In fact while reading, I imagined Naughton scribbling lines on receipts while standing front row at a ‘94 Pumpkin’s concert with Corgan screaming at her and the rest of a hungry club crowd in downtown Chicago—and other times I could envision a lonesome Naughton hiding in her San Francisco apartment away from the world with the stove still on after cooking a cheap dinner for one. This state of loneliness leads to boredom and causes Naughton to fall into her fantasy concerning Corgan and someone else whom she labels as a “ghost” in the “Liner Notes/Dedication” section.

Throughout reading her work I wondered who this “ghost” was and what purpose this person served in her life. As I read on I started to put together the idea that this mysterious figure has perhaps become similar to Corgan in the respect that both are unattainable to Naughton. Billy Corgan, a master of metaphor in his own right, has become one giant metaphor himself, as an allusion to the ghostly figure in Naughton’s life. As she can never have Corgan, she can never have the one she’s lost again. She struggles with this reality. Such poems as “love song #14 (‘Astral Planes’)” and “love song #22 (‘Stand Inside Your Love’) show this struggle of memory and loss in two lights. The first being a memory with the ghost, in bed, and desiring his attention and affection through being playful and flirtatious—and the second being a moment of recognition that she is still in love with this person and what that is like: “Like loving someone who is not reachable, not too far for phone calls, the physical space is not a factor, but you feel far away from even yourself when you think about them.” This tension of past and present, memory and loss, drive this collection and give it its universal edge.

I wonder if the ghost or Billy Corgan will ever read this book, if they will feel Naughton’s words with the same intensity as I did while reading her work. I wonder if the ghost will be overcome by a great sensation of sadness and perhaps write many regretful love songs in response. I wonder if Billy Corgan will track down Naughton and sing to her under a San Francisco street light, up to her apartment window: “You will always be my whore, ‘cause you’re the one that I adore.” 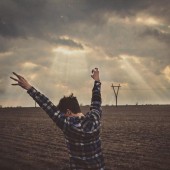 Trevor L. Sensor is a writer from Illinois. His work has been featured on Alt Lit Press. He is currently pursuing his bachelor's degree at Central College.