Lauren Becker has written a collection of short stories about being human. The stories mostly concern women – although a few are told from the perspective of male narrators (“Plastic Coup de Grace” and “Rituals”). Becker does things in just over a hundred pages that some people try to do with tomes and we as readers are lucky that Curbside Splendor has chosen to publish this little masterpiece. Becker has captured something that several television networks and magazines have tried to distort for decades; by distilling the experience of simply being into bursts of sometimes page-length narrative Becker has allowed herself to touch on several different aspects of not just being a woman but being a woman who doesn’t necessarily know what she wants, or does but doesn’t know how to get it, or more specifically feels stuck somewhere between a bottle and a couch, a reality show and a date that will be stood up for ice cream. If I Would Leave Myself Behind peels back the clichés we see all too often in shows depicting women as uppity sometimes hysterical man-eaters who do nothing but drink expensive liquor and gossip – Sex in the City and the slew of recent Housewives of… come to mind just to name a few – and shows us that the experiences of real women, real people, are far less glamorous and much more profound than that; sometimes it’s just boring, sometimes it’s sad, sometimes the characters are far too self-aware, other times they’re brimming with romance and pleasure, if only for a moment.

What I took away from the book was Becker’s gift of revealing deeper truths through fiction, shedding light on the everyday experiences of human beings and our need to connect as such; reading this book made me feel comforted and uncomfortable simultaneously; uncomfortable because the portrait isn’t always bright and warm, but comforted by the fact that there is still hope even if sometimes it’s hard to swallow or comes as an answer we didn’t think we could accept.

MC: If I Would Leave Myself Behind struck me before I even opened it to the first page, the title speaks almost like one of those Lydia Davis one-line stories, something I could both imagine as a theme and relate to myself somehow (who hasn’t thought about leaving themselves behind, am I right?). Did you write the title novella before or after the other stories, and did you know from the get-go that all of these stories would be tied together into a book?

LB: Actually, the title is from a story that Atticus Review published in 2012. The story became part of the novella, but I chose the title of the book before I knew it would include a novella. Which speaks to your question of which came first. I did not write a novella. I wrote a lot of stories that shared a certain tone and some similar themes, and was lucky enough to have James Tadd Adcox assigned as my editor. He sent me a photograph of all of my stories laid out on his kitchen floor, and put them together in a way that made sense. He then had the unenviable job of convincing me that the stories would work as a novella. I was resistant, but I’m really happy with it now.

MC: We read together in Oakland several months back and I hadn’t… heard of you before that event—no offense (I’m sure you had no idea who I was either ha ha). I’m just wondering how these stories went from ideas to having Curbside Splendor come into the equation, how long that whole process took, and if you think the publication of this book is going to change your life in any way or if things will just go on as they had before?

LB: That reading was a lot of fun. I read one of the stories that is in the book – Leavers, and another called Be Fun All the Time and People Will Like You Better, which I wrote as sort of a joke, but really fits what I see as the defining theme running through the novella and stories, which is that we are all seeking connection, sometimes in different ways, but they are means to the same end. And this pursuit is so essential that we sometimes lose ourselves for the sake of being valued by others. I started talking with Curbside Splendor about doing the book nearly two years ago. Many of the stories were done when I went to them. They were very supportive and asked for more, which I gave them during the wait. I don’t expect that publication of the book will lead to significant changes in my life. I’ll continue writing and submitting. My main goal is to have people read the book.

MC: Not to be presumptuous or pry too deep here but several of the stories felt like they could be autobiographical in some way or another and I know for me a lot of my ideas stem from actual events or moods or whatever, so… is that how you approach work or are these stories purely fictitious?

LB: My stories often originate with my own experiences or feelings. None are purely autobiographical. Though my life may provide the premise for a story, it only provides a starting point. Even stories that are more factually autobiographical diverge with regard to the manner in which I communicate these experiences, which necessarily turns them into something different.

MC: What was your favorite story in the collection to write and which was the hardest?

LB: As so many stories ended up in the novella with their titles removed, it makes more sense to answer this referencing the separate pieces in the “Stories” section. I think Things About Me and You was my favorite. I like the narrator’s strength. She is ending an unfulfilling relationship without anger or helpless silence, but with the realization that she would rather be alone than be with someone who is not only unaware of who she is, but compares her unfavorably to other girls. I rarely know how stories will end; I liked where this one took me. The hardest to write was Independent Living. It’s based on a friendship that my grandmother formed very late in life and the profound changes this friendship made in her life. It was hard because my grandmother had been overly critical and unkind for most of my life, and I preferred not to interact with her. When she met her friend, she became a different person – the grandmother I wished I had when I was younger. She was softer and more generous and more loving, and it was very painful for me to lose her in 2007. I don’t do this story at readings. It makes me cry, even reading it to myself. I miss her. 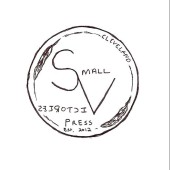