with a hat tip to Joshua Bennett

Example: When the little black boy came up missing and the hounds followed the fingerprints he left in the air until they disappeared, the menfolk cut a mouth into the ground with their spades and pulled his bones out like a chicken’s picked clean by precise teeth.

Example: We were playing Spades and Granddaddy was my partner and he’s from Mississippi and he’s real dark-skinned and his eyes were red and he had that look in them like he could kill some self-righteous white folks and that’s how I knew he had face cards in his hands staring back at him and I had two aces, a queen, and seven spades in my hand that might trump everything but I hedged and figured we could get wiped out for my being uppity and living with too much hope so I took my eyes off him, bid an anxious five and tried to make it out alive. 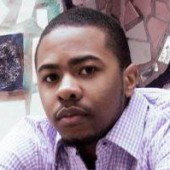