I do it for the thrill of the take-down. I set up alerts for keywords: Naugahyde, human hair, illegal in Alaska. My account crackles with activity. In the first auction I win Tax Accountant Barbie with the original calculator and W2’s. I score a life-size doll who cries real tears and says “Yes I’m sure its yours.” There were only one hundred made.

I have eight of the Original Nine Beanie Babies in a suitcase under my bed. I’m missing Patti the Platypus. I need Patti. Then it comes to me: why get plush when I can buy real?

My fingers palpitate; I scroll through exotic animals. I bid on a giraffe and win it for a fantastic price. The shipping from Botswana is killer, but that’s incidental. I move on to a bear and scoop it from a bidder in Wyoming.

It turns out the bear and giraffe make quite a mess. I’m on the computer so much, I don’t have time to clean. I could bid for a housekeeper, there are several available. Most don’t live-in so the one I want is expensive. I have to sell the giraffe and the bear to get enough for the housekeeper.

The resale value of the giraffe sucks. The market is overflowing with them. People don’t meet my minimum bid so I’m stuck.

The bear causes a bidding war. One bidder, Trophy-Mom, is in Montana. The other, Veg-4-Life, is in Canada. The Canadian is a wildlife advocate who wants to set the bear free in the Yukon. Never underestimate the passion of a wildlife advocate. Veg-4-Life bids in the last few seconds and blows Trophy-Mom away. I might be in position to get my housekeeper.

I don’t want to telegraph how much I’m willing to pay. Having someone wash my socks and pick up giraffe pellets is worth a lot to me. But there are others with dirty socks too. They want my housekeeper. (I think of her as mine.) I don’t think they’re worthy. Keep your head down and go in low.

The auction starts tepid; my plan is working. As interest builds, a red star power user inserts himself. You know when the bad guy swaggers into the saloon? Clean-Up-King wears the black hat in this auction. Thousands rely on free shipping for his green-cleaners with sarsaparilla. Damn it. Everybody loves root beer. His auction prowess intimidates, the others scurry for cover. Except me. He’s aggressive and up-bids with impunity.

Why he wants a housekeeper is obvious. She will be the face of his empire and model his products in rubber gloves and sensible shoes. I don’t think she’ll like it. Save her from this maniac.

I calculate what it will take to win her. If I pay the mortgage late, switch to basic cable and cancel my Playboy subscription it’s not enough. I have to sacrifice pizza delivery for a year. It’s a test of my commitment. You’ve trained for this moment. I place the bid.

The end of the auction is near. We’re in the one minute countdown. My bid is still highest. I chew my fingernail. Is Clean-Up-King lurking? It’s the last fifteen seconds. Will he steal my housekeeper? I keep hitting refresh. He doesn’t bid. I can’t believe it. One second to go. The clock strikes noon. My heart pounds.

Photo by Stephen and Claire Farnsworth 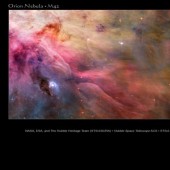 Carol Deminski is short but has a tall personality. Her stories appear or are forthcoming in Word Riot, PANK, The Northville Review, Dogzplot, Metazen, Prick of the Spindle and elsewhere. She's on the web at http://cdeminski.wordpress.com. She lives and writes in Jersey City, NJ although not always in that order.