The narrow grove on the top of the hill was not as magnificent as the woods he roamed forty years ago. But the pines smelled lovely. We sniffed their aroma through the open window of his car. He parked in a little meadow. Clasping his wooden cane, he slowly and carefully stepped onto the grass. The sun rays danced among the trees. A narrow sandy path spread before him. He stepped on it.

Walking right behind him, I could see that each stride caused him pain. His circulation was bad. He also suffered from a shortness of breath—the result of many years of smoking and of youthful tuberculosis. His dependence on tobacco started in his childhood, after the KGB sent him, his family, and thousands of other Poles, to Kazakhstan, during the war.

He had to stop frequently to catch his breath but he kept moving forward. He had always drunk each moment of life to its last drop. Inside his aging body there was still the buoyant, energetic man who loved to hike, fish, pick mushrooms in the woods, swim, make campfires.

Between the trees at the bottom of the hill we saw the lake. It was not as wild as the lakes from his youth. Visitors from the city left their litter on the grass. But the water glittered seductively. At one point, the path before us split. The right branch kept running on the top of the hill, while the left descended between the trees, towards the lake. He stopped, as if uncertain what to do—then, to my surprise, started slowly to walk down. The slope was steep. “However will he manage to climb back?” I thought. After a few minutes we came near the edge of water. The beach was tiny, merely a patch of sand between two reed clumps. The lake almost touched our feet.

“Do you think one could swim in here?” I asked.

“Sure,” he said, and then added, “Shall we try?” I looked at him, astonished. I did not have my bathing suit and would feel uncomfortable parading in my underwear. But he seemed so eager that I said, “Okay.” We both undressed. He carefully put his walking cane on the sand. Slowly, very slowly, he began to immerse himself. When he passed the edges of the reed clumps, the water reached his armpits. He started to swim. After a few yards he turned around and swam back.

He had always loved water. Years ago, we swam together quite often. His favorite style was the crawl. His was very characteristic, due to the unusual shape of his right arm. In Kazakhstan, he worked as a cart driver. He was a nine-year-old. One day someone put him on the back of an ox. He fell and broke his arm. There was no adequate medical care there, so the bones did not grow back together properly. This had not stopped him from enjoying his favorite sport. As he swam, the arch of his right arm appeared strangely twisted.

He began to emerge. I followed him. We reached the shore and looked at each other. Our bodies and underwear wet, we burst into laughter. We put our clothes on. I handed him his walking stick. As we climbed up the hill, there was a lot of gasping on his part. We had to stop many times. Finally, we made it to the car.

This happened more than ten years ago. Since that day, I haven’t swum once. Been too busy. Had no time. I’ve just let the time pass, even though I’ve always loved swimming.

That was the last swim of his life. 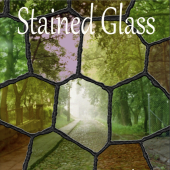 Joanna Kurowska's creative works (poems and stories) have appeared in Ancient Paths, Apple Valley Review, Bateau, Christianity and Literature, International Poetry Review, The Journal of Ordinary Thought, Off The Coast, Oklahoma Review, Room, Solo Novo, and elsewhere. She has authored four books of poetry; two in Polish: Sciana (The Wall) 1997, Obok (Near), 1999 (both published in Poland), and two in English, The Wall & Beyond (eLectio Publishing 2012) and Inclusions (forthcoming 2013 from Cervena Barva Press). Her critical works have appeared or are forthcoming in NewPages, Slavic and East European Journal, The Conradian (UK), Anglican Theological Review, Religion And The Arts, and elsewhere.