That Great and Softhearted Thing Some people show up wearing black and we have no choice but to ask them to leave. Ask in this case means forcibly shove from the church down the wide concrete steps, the same stairs my mother was standing on thirty years ago after regretting saying I do to my father, who we hope won’t show today.

We said no black and we mean it, my stepsister Lorraine tells Jentry MacDougal who, as the pharmacist, is partly to blame. She checks the lot for signs of Dad who isn’t either of our real fathers. Also for signs of a cop car. Clearly, you didn’t know Kitty if you think she’d want black, I tell Jentry’s back.

No, Kitty would have dismissed the depression of mourners aside for wearing storm colors, just the way she did when my one prom date showed up with baby’s breath and a rose. Clichéd, she’d called them. That night we baked fist-sized meringues and topped them with lemon slices Kitty candied herself from the tree slumped right in our backyard. You can’t count on anyone anywhere doing anything, she’d said and unpeeled the rind from her slices, tangling them like spider ferns, the plants you can’t really separate to know which bloom goes where.

A clump of school lunch ladies click-clacks up the steps in yellow, orange, hats bright, smiles instead of tissues because that’s what Kitty demanded. That’s the thing about funerals–people come to make themselves feel better. If they’d really wanted to make Kitty happier they might have slipped in the torn screen window a week ago like not-our-dad did, syringe in hand. After that, we called him Dad because it’s the closest thing we’ve got. Proving yourself useful and devoted earns you something. If I have to say he’s in jail I will say, Dad is in jail. Not my mother’s almost-fifth husband.

My paisley outfit came from Kitty’s closet. You’re a walking sofa, Lorraine shakes her head, one to talk, what with Kitty’s pink tasseled shawl around her swimmer-sized shoulders. I eye the parking lot for Officer Petry’s car. Leave it to Kitty to die in the summer, one more way of declaring you had to just make do: you had to mash up boiled turnips just so to stretch a jar of jam. Or write the book report extra small because no we don’t have one more piece of lined paper.

You have a program? some man asks. His suit’s dark gray but his tie is wide and green so we allow him to pass. Nope, I tell him. When you really think about it, a program for a funeral is just awful. Now this person who knew the dead will say a few words, now hear pieces of music you won’t ever be able to listen to again so you have to bleach the notes from your brain, forget Hank Williams was even a person whose songs Kitty whisper-sang to you at night.

It’s catch as catch can here, I say.

That’s right, Lorraine says, pearls too tight to wear on her neck so she’s wrapped them around her fudgy wrist. We assume they are fake but here’s the thing: you never knew with Kitty. All I have in this world is you, she’d tell me or me and Lorraine once Lorraine’s dad left once and for all and she moved into the house.

Then, right when you were thinking, boy my mother is one small-town girl with just me and a fat step-daughter for company, you’d shuffle to the mailbox at the scrubby edge of grass we called a driveway even though we had no car, and there’d be two Mother’s Day cards. Not from me and sure as shit not from Lorraine.

Unsigned. One with colored flowers and for you, Mother in red script and the other all churchy with crosses like it was meant for confirmation. Did we ask about them? We did not.

Instead, we strung them around the doorway while Kitty was at the vet with Mr. Tim-tam. To hear Kitty tell it, they both had feline leukemia. When Kitty came back with the cat slumped over her shoulder, the cards were there, flapping like prayer flags I saw on the top of a mountain in a magazine at the dentist’s office back when we still had money for that kind of thing. Oh, girls, Kitty’d said and stood there, with her polio-tapered legs and coffee-speckled skin. That’s all she had to say. Girls. The three of us stood there swaying with the dead cat held between us until it was dark.

He’s here, Lorraine tells me. She’s built like a circus man and sees things before the rest of us normal-sized folk but there’s Dad, shuffling through the parking lot, not letting anyone down in a suit rife with lime and orange checks. He takes the steps slowly, dreading getting to the top not because he doesn’t want to see us–it’s clear on his face he does–but because even though Kitty went through marriages like coffee filters and, if you interpret those Mother’s Day cards the way we do, you know she’s got extra kids scattered around this parish or other states by the postmark, you wanted Kitty to stay on this earth.

All the sun’s too hot on the three of us huddled, stuck together so long someone in black slips by and Officer Petry, hand on his gun, shoots us a look from the parking lot.

Here is what I will announce to the congregation: this is not our church. Kitty did not practice anything, but my how colorful you all look out there. She’d like that. Maybe I’ll sit down after that or scan the crowd to make sure everyone knows: a great and softhearted lady has passed and praise be to Dad for helping her out of this world. Isn’t there anyone in here who can do something to get either of them back? 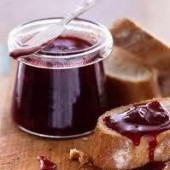 Emily Franklin is the author of a novel, Liner Notes (S&S), and The Girls' Almanac (William Morrow), a collection of linked short stories, as well as numerous novels for young adults. Her writing has appeared in The Boston Globe, The Mississippi Review, Word Riot, Small Spiral Notebook, Carve Magazine, Monkeybicyle, Pindeldyboz, and Creative Non-fiction: Brevity among others.