When the copy was finished, Baudril invited a number of specialists to give their professional opinion of the painting. All three declared it genuine.

The original, worth many millions of dollars, went into the specially constructed safe and the impostor took its place.

As it was on display in his living room, Baudril spent a lot of time looking at the copy. The craftsmanship came home to him. Often he would take the original from the safe, hang it next to the other, and study for discrepancies. He took to using a magnifying-glass. Stroke for stroke it was a perfect reproduction, and not just the painting itself, even the frame, as far as he could discern, was a flawless replica of its original, flaws and all. So overwhelmed by the excellence of the forger’s skill was Baudril that he began to value the copy more than the original, seeing in it a verisimilitude only he and the forger knew to exist. Eventually, for Baudril, the copy became the more precious of the two paintings. It was removed from the wall and locked in the safe; the original took its original place, on the wall.

The thieves who broke into Baudril’s house had information. Thanks to the forger, they knew the billionaire kept a duplicate of the painting. Their information also included the combination to the specially constructed safe. They took nothing else and left no trace. Baudril, when he awoke, was the only one who knew a crime had taken place. Without hesitation he burned the original and informed the police of the theft.

The painting was never recovered.

(This piece is a translation and, in that respect, a retelling of an anecdote related by Louis Gailhan in his Ici et Ailleurs, Une Vie) 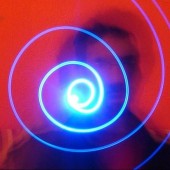 Simon Kearns's début novel, Virtual Assassin, (Revenge Ink, 2010), is available now. His next book will be published in 2013.