At my local VFW post in Poughkeepsie, I had the distinct honor of listening to Stuart Vidal, age 97, tell this amazing story from the Pacific Theatre of World War II:

“Did I tell you about the morning the Enola Gay took off?

It was one of three planes. Two planes took off, probably as a decoy. And the Enola Gay took off, the last of three planes. Nobody knew where it was going, or if it was carrying the bomb. It took off, left about three o’ clock in the morning. The one thing about the B-29’s bombs, they couldn’t place the trigger on the bomb until you were five minutes away from target. It was that hot. So in case they fouled up or anything like that, it would still blow up its target.

We were aviation engineers, and we took care of the airfield: repairing them, and so forth. With the land, we could build an airfield, with that grid-plate that the biggest bomber could use.

Three planes. I watched them take off. I didn’t know nothing. It was after the plane got back, when they announced it. But it really was a devastating bomb. The guys that carried it, in the plane, when they looked back all they saw was a mushroom.

It used to be, an airplane would attach itself to a company. And they used to come in and have lunch with you.

It wasn’t that long, the end of October, I went to Saipan and I was on Saipan for about twenty days, before they put us on the boat, liberty ships. We came back to San Diego, where we landed. We were there for a while. Then we flew back, to the east coast. I think it was the first time I was in an airplane. We had to make eight stops before we got back.” 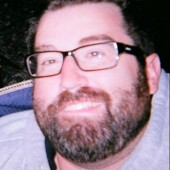