We just got done looking forward to the NBA 2015-16 season tipoff (see “NBA is for Feelings”) and, at the time of writing this, we’re a week from the all-star game. Land-speed record attempts move slower than an NBA calendar.

Over the course of the fifty-ish games played, patterns and trends have emerged. Heroes bask in the blinding flashbulb sun, and villains surface like an Orc from primordial ooze. By this point in the season we pretty much know the candidates for every major postseason (and mostly pointless, let’s face it) award: which player is the most valuable to their team, the most improved player, the defensive leader, the most promising rookie. Before the season began, the NBA “expert” pundits drew up educated narratives and predictions, and, as usual, they’ve been quickly obliterated by injuries, chance, offseason trades, or the unexpected rise/fall of “sure things.” Life might be like a box of chocolates but so is the NBA. You just never, ever know. Ain’t it beautiful?

From a League Pass Owner and lover of slowly-unravelling narratives, here are fourteen NBA stories that have stuck out to me in the 2015/2016 season thus far:

There is not one selfish personality on this team, not one player that needs taking aside and lecturing on the concept of buying in to team basketball. No bad egg. No ghost in the machine. The starting five is a perfectly cohesive unit that has more ways to torch you than you can scout for or combat on the fly. They remind me of the Stockton/Malone pick and roll that you knowknowknow is coming but you’re still powerless to stop. They pull out that straightaway five-man weave play and someone will get open. They hit you with the elevator out of a time out that you can kinda sorta see brewing but chances are you still can’t stop it. Even if you snuff out the double-door screen, Kerr and Co have developed contingency after contingency. You have a better chance of being struck by lightning while winning the lottery while being killed by a falling Tab Clear vending machine then you do of stopping this team when they’re in full flow.

In a different city, Klay Thompson would be a first option lights-out shooter night after night. He’s second-fiddle in Golden State. Third, most games (I don’t even have the space to talk about what Draymond Green brings to the table). What’s more amazing and thrilling is he doesn’t seem to care. Another personality might jealously whine about more touches or eventually force his way onto another team to be their top dog. Nope. Not even a hint of this from Klay. He’s smart enough to know what he’s a part of in Golden State. He’s aware he won’t ever have it as good as he has it right now.

Steph Curry is the MVP of this league and any other. He’s doing things no one has ever seen in NBA history. He routinely pulls up from just inside half-court and hits around 40%. The league average from right at the three-point line is somewhere around 32% He hit a long bomb a few weeks ago from the edge of the GSW court logo and the announcer didn’t even mention it. Today, ESPN tweeted the following statistic: the NBA average for shots from three feet or closer is 59.5% Steph Curry is shooting 60.4% from 28+ feet. He’s playing so out of his mind that the extraordinary has become ordinary. We’re now saying “what else you got,” to a guy with the highest efficiency rating in league history coupled with one of the highest usage rates ever. Speaking of THE OFFICE, the character Andy Bernard laments in the finale: “I wish there was a way to know you’re in the good old days when you’re in them.” Well, this is it, folks. I’m here to tell you that we’re witnessing history in real-time. Be like Klay and know it now cos in ten years Curry will be 37 and, fingers crossed, the best spot-up shooter playing fifteen minutes a night the league has ever seen, but potentially retired to the bosom of his saccharine-sweet family unit.

There’s so much more I could say about GSW and the NBA as a whole. With San Antonio almost matching the potential Greatest Team Ever step for step, OKC crackling on the horizon, potential new players entering the game from the east, and the Cavs’ Will Hunting focus on calculating the winning formula, the run in to the playoffs will be fascinating to watch. I suggest you tune in. 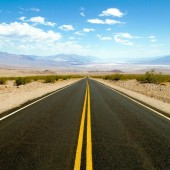 Matt would very much like it if NBA games tipped-off at 7pm GMT, but will settle for a UK-based expansion team named The Biscuit Dunkers.