The baby crawled out of the sea and set the heel of its tiny wrist to the sand beneath the Sarong Retreat. Koman Yuni had just finished her shift cleaning the facial-rejuvenation rooms at the spa, and didn’t understand. At night, the unlit beaches of Bali are gray as flesh.

The crescent moon struck the baby’s buttocks, dividing them like a pomelo. Koman Yuni held her breath, keeping her arms wrapped tightly around her shins, shivering, exhausted from the long day on her feet, and the leer her boss had given her. She hadn’t moved then, either. But now she sees, and breathing faster slips her phone from her jeans, hoisting the camera like a badge.

Across the ocean, on the Outer Banks of North Carolina, a woman’s two collies are loose. It’s October, and with the laws temporarily suspended they’re allowed to run leashless into the waves. Since the hurricane wet mattresses pile in fat slabs along the highways. She can accept reservations on two of the ten motel rooms, but once the cars have taken a look around her moldy courtyard, they drive away. The dogs have found something pink and circle it, hackles raised. Whatever it is, it’s small.

In Punta Arenas the water is slick as paint, heavy with ice. Raúl Carpio just finished escorting dignitaries from the deck of his gunboat, sees the baby clinging to the mooring off the starboard side. It climbs in the way of something from another climate—a koala, a monkey. I’ve been away too long from my family, he blinks. The Chilean Navy, its embrace is such a long one, but not close.

Amil Jaffa has returned to the restaurant with the romantic pier she and her husband used to stroll together when they were young. She totters down from its ramp on her cane, carrying the heavy plastic bag to the water’s edge. She opens it, sheds his ashes into the murk of Rotterdam Harbor, as close to Dar Es Salaam as she can stretch. As she backs away from the flowering cud, a baby breaks the surface.

The movement of the infants registered on no seismic device that day but by its end they crowded the public boardwalks, scaled the cliffs of the wealthy, invaded the huts of the poor. No need for phones. You might as well, a politician tweeted before he was overcome by the mob, take pictures of—When the babies reached the mountains, a Brahmin was overheard to say, his last words: We have taken too much fruit. And so they come for our arms. 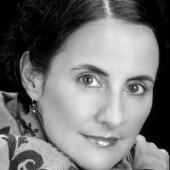 Mylene Dressler has written three novels: The Flood Makers, The Deadwood Beetle, and The Medusa Tree. Her honors and awards include the Fulbright Fellowship, the Paisano Fellowship in Fiction, and the Fellowship in Writing from the McCullers Center in Columbus, Ga. She is the current Visiting Writer at Guilford College in Greensboro, North Carolina.